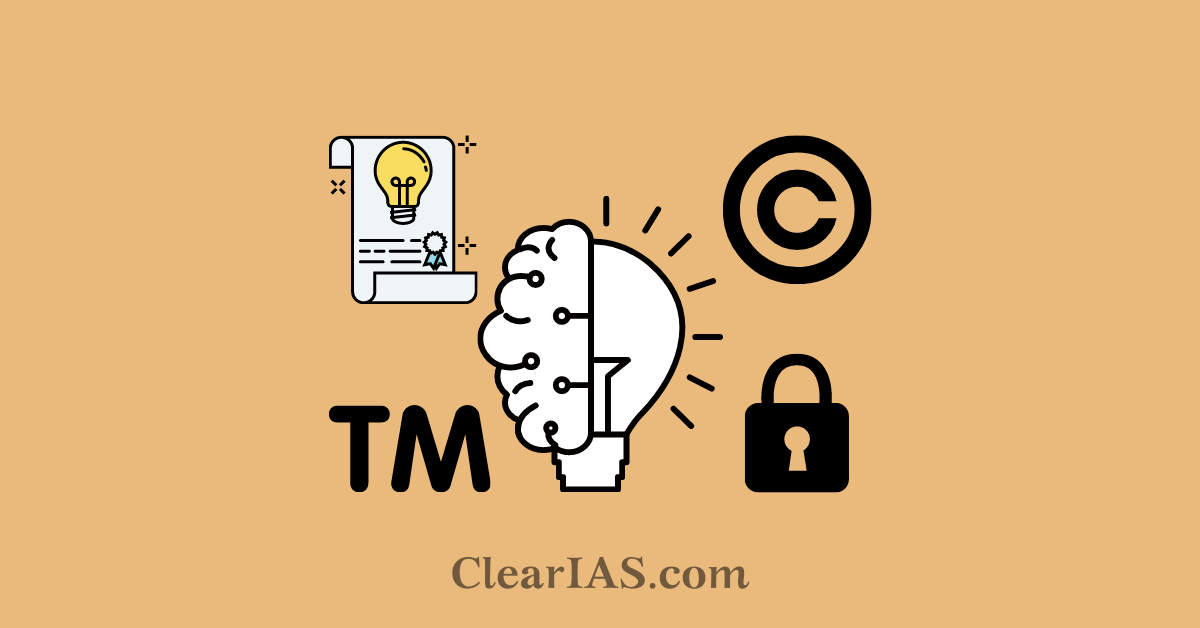 Intellectual Property Rights (IPR) are crucial to protect the creations of the mind. Read here to know more about IPR, its rules, regulations, and pros, and cons.

Intellectual property rights are the rights given to persons over the creations of their minds. They usually give the creator an exclusive right over the use of his/her creation for a certain period.

These are defined in Article 27 of the Universal Declaration of Human Rights, which provides for the right to benefit from the protection of moral and material interests resulting from authorship of scientific, literary, or artistic productions.

What is intellectual property?

Intellectual property (IP) refers to creations of the mind, such as inventions; literary and artistic works; designs; symbols, names, and images used in commerce.

IP is protected in law by, for example, patents, copyright, and trademarks, which enable people to earn recognition or financial benefit from what they invent or create. By striking the right balance between the interests of innovators and the wider public interest, the IP system aims to foster an environment in which creativity and innovation can flourish.

Copyright is a legal term used to describe the rights that creators have over their literary and artistic works. Works covered by copyright range from books, music, paintings, sculpture, and films, to computer programs, databases, advertisements, maps, and technical drawings.

A patent is an exclusive right granted for an invention. Generally speaking, a patent provides the patent owner with the right to decide how – or whether – the invention can be used by others. In exchange for this right, the patent owner makes technical information about the invention publicly available in the published patent document.

The following cannot be patented:

A trademark is a sign capable of distinguishing the goods or services of one enterprise from those of other enterprises. Trademarks date back to ancient times when artisans used to put their signature or “mark” on their products.

One area can be characterized as the protection of distinctive signs, in particular trademarks (which distinguish the goods or services of one undertaking from those of other undertakings) and geographical indications (which identify a good as originating in a place where a given characteristic of the good is essentially attributable to its geographical origin).

Other types of industrial property are protected primarily to stimulate innovation, design, and the creation of technology. In this category fall invention (protected by patents), industrial designs, and trade secrets.

Trade secrets are IP rights on confidential information which may be sold or licensed.  The unauthorized acquisition, use, or disclosure of such secret information in a manner contrary to honest commercial practices by others is regarded as an unfair practice and a violation of the trade secret protection.

On April 26 every year we celebrate World Intellectual Property Day to promote discussion of the role of IP in encouraging innovation and creativity.

This year, World Intellectual Property Day 2022’s theme focuses on IP and Youth innovating for a Better Future. It explores how these innovative, energetic, and creative minds are driving positive change.

India adopted the National Intellectual Property Rights (IPR) Policy as a vision document to guide the future development of IPRs in the country.

The campaign ‘KAPILA’, which stands for Kalam Program for Intellectual Property Literacy and Awareness campaign, was launched on 15th October 2020. The day was launched in honor of the 89th birth anniversary of former President Dr. APJ Abdul Kalam.

India is a member of the World trade organization’s Trade-Related Aspects of Intellectual Property (TRIPS) Agreement.

India is also a member of the following important WIPO-administered International Treaties and Conventions relating to IPRs.

Drawbacks of the Indian IPR system

Intellectual Property rights are a very important aspect of any kind of research and development and creativity hence the future generation should be made aware of them from the school level itself.

The current issues with IPR regulations should be addressed so that India can take full advantage of the benefits of a strong IP system on a global scale.