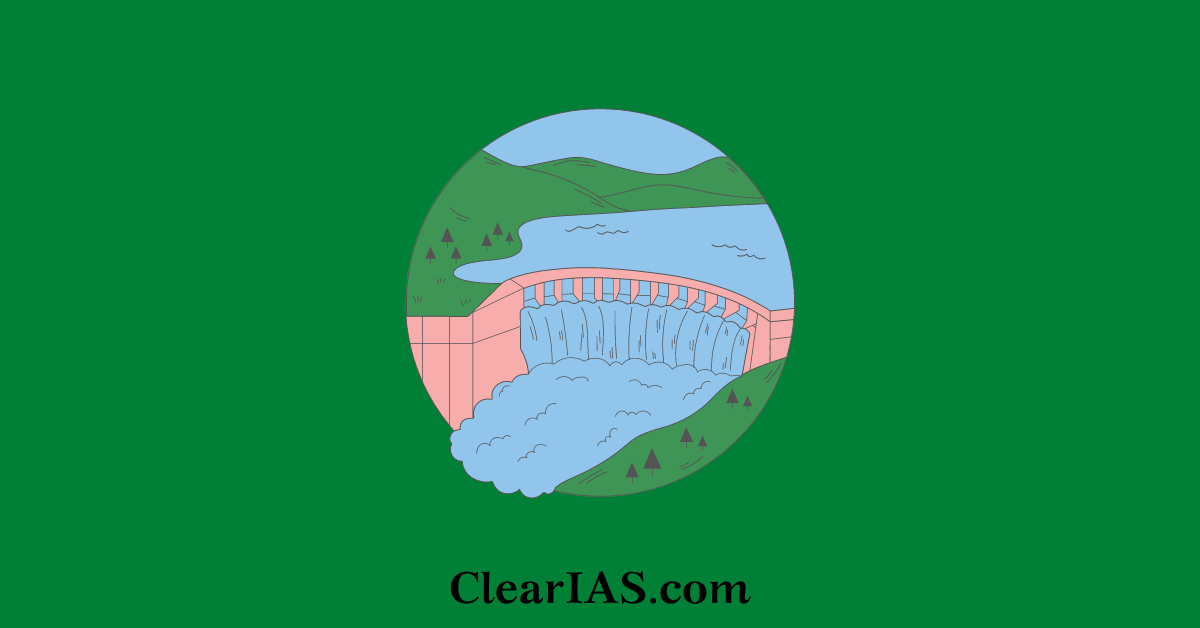 What is the state of Indian dams? What are the issues with Indian dams? Dam safety and government initiatives in India? Read further to know more.

According to recent UN research, 3,700 dams in India will lose 26% of their total storage capacity by 2050 as a result of sediment buildup, which could eventually jeopardize future water security, irrigation, and power generation.

The United Nations University Institute on Water, Environment and Health (UNU-INWEH), also referred to as the UN’s think tank on water completed the study.

China, the country with the biggest dams in the world, has already lost nearly 10% of its storage and will lose an additional 10% by 2050.

What is the State of Indian Dams?

Since the lifespan of hundreds of thousands of small and medium-sized dams is significantly shorter than that of huge dams, the situation is even more perilous.

Examples: The Krishna Raja Sagar dam, which was constructed in 1931, is 90 years old. Similar to Mettur Dam, which was built in 1934 and is currently 87 years old. The basin of the water-scarce Cauvery river contains both of these reservoirs.

What are the Issues with Indian Dams?

What are the Impacts of Dam Construction?

Dam safety in India is a concern as many of the country’s dams were built several decades ago and are in need of maintenance and repair. Additionally, there have been incidents of dam failures in India in the past, which have resulted in the loss of life and damage to property.

In recent years, the Indian government has taken steps to improve dam safety in the country, such as:

However, the safety of dams in India still remains a concern due to a lack of regular maintenance, lack of transparency and lack of coordination between different agencies.

It is important to note that the majority of the dams in India are owned and operated by the state government and there are no comprehensive regulations for their safety.

What are the concerns associated with the present system of Dam Management?

The current system of dam management in India has several concerns, including:

The following duties associated with components of dam safety need to be strengthened:

India can create a more secure and bear-resistant dam industry by making a few legislative adjustments and utilizing already established tools (such as WRIS and the MoEF environmental clearance portal).