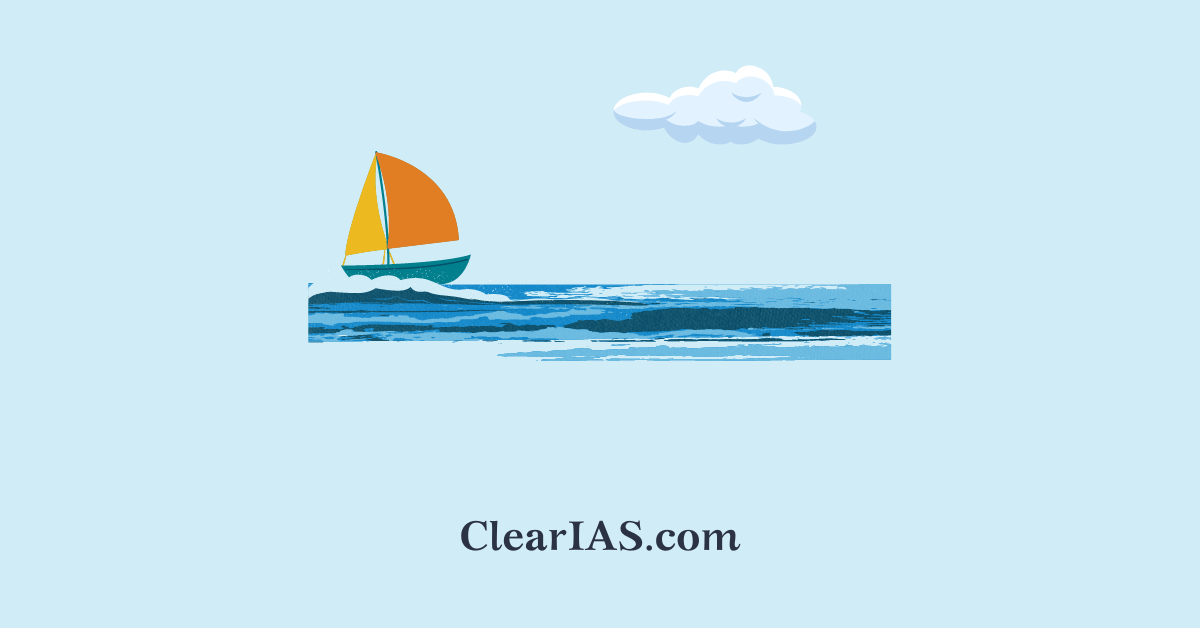 The Ministry of Environment, Forests and Climate Change has given environmental clearance for the Centre’s ambitious multi-development projects for the development of Greater Nicobar island.

The project will be implemented in three phases over the next 30 years.

What is the Proposal for the Development of Greater Nicobar?

There is a proposal for the development of a “greenfield city”.

The greenfield city will include an International Container Transhipment Terminal (ICTT), a greenfield international airport, a power plant, and a township for the personnel who will implement the project.

The proposed port will allow Great Nicobar to become a major player in cargo transshipment by participating in the regional and global maritime economy.

A total of 166.1 sq km have been identified for the project along a coastline strip with a width of between 2 and 4 km along the island’s southern and southeast coasts.

The Indian Navy will control the port, while the airport will have dual military and civilian functions and provide tourism services as well.

Development activities are proposed to commence in the current financial year, and the port is expected to be commissioned by 2027–28.

The proposal will create more than 1 lakh new direct jobs and 1.5 lakh indirect jobs over the period of development.

Before moving forward with further details related to the proposal, let’s learn about Great Nicobar first.

That means, Great Nicobar is the southernmost of the Andaman and Nicobar Islands and has an area of 910 sq km.

India’s southernmost point is Indira Point which is on the southern tip of Great Nicobar Island which is less than 150 km from the northernmost island of the Indonesian archipelago.

Shompen and Nicobarese are the two native tribal peoples living in Great Nicobar.

Somphens are hunter-gatherers who depend on forest and marine resources for sustenance and Nicobarese, who lived along the west coast of the island were mostly relocated after the 2004 tsunami.

The Purpose of Development of Greater Nicobar

There are several aspects of the Development of Greater Nicobar:

Although the island has a lot of potential for tourism, the government’s main objective is to take benefit from the island’s advantageous location for economic and strategic purposes.

Great Nicobar is located adjacent to the East-West international shipping corridor and equidistant from Colombo to the southwest and Port Klang and Singapore to the southeast, through which a very large part of the world’s shipping trade passes. The proposed ICTT may end up serving as a hub for cargo ships traveling on this route.

Greater Nicobar’s development was first proposed in the 1970s, and its significance for bolstering regional stability and national security has been emphasized time and time again. This objective has recently taken on a lot more significance as a result of rising Chinese assertiveness in the Indo-Pacific and Bay of Bengal.

The recent docking of a Chinese survey ship in Sri Lanka has made the project even more urgent.

Concerns Related to the Proposal

The proposed massive infrastructure development in an ecologically important and fragile region includes the felling of almost a million trees that will affect the flora and fauna on the island. This is doubly remarkable because these are primary evergreen tropical forests with high ecological diversity and high endemism.

The felling of trees also leads to increased runoff and sediment deposits in the ocean, which will negatively impact the coral reefs in the area. This is an urgent matter of concern because the coral reefs are already under threat because of ocean warming.

It will also lead to the loss of mangroves on the island as a result of the development project.

Three prestigious institutions, the Wildlife Institute of India (WII), the Salim Ali Centre for Ornithology and Natural History (SACON), and the Zoological Survey of India (ZSI), provided scientific input to the Expert Appraisal Committee (EAC) on the project’s effects on the Great Nicobar Island’s flora and fauna.

The Wildlife Institute of India (WII) provided cautious inputs very specific to leatherback sea turtles, suggesting that they can move to other suitable nesting areas in Great Nicobar Island.

Around 10 hectares of coral cover must be relocated from the suggested site. Of the 20,668 coral colonies, about 16,150 will be relocated.

The EAC has also ordered the formation of three separate committees to supervise topics relating to pollution, biodiversity, and welfare, as well as issues involving the Shompen and Nicobarese tribes.

Cutting of trees will be done in a phased manner and depending on the progress of the work on an annual basis.

In order to monitor human-induced diseases due to the anticipated influx of large domestic and international populations, the A&N administration has been instructed to set up a special medical unit within six months with cutting-edge infrastructure, medication, and qualified medical staff.

According to the committee, batteries, pesticides, organochlorines, and other hazardous waste materials would not be permitted for dumping in the Greater Nicobar Island (GNI) and must be transported to the mainland for safe disposal.

The Great Nicobar Biosphere Reserve is a component of UNESCO’s World Network of Biosphere Reserves. A total of 244 sq km of lush forest and coastal regions will be used as part of the government’s massive plans for the island.

The island’s sudden, quick changes could be harmful to the social, economic, and ecological well-being of all involved. The enormous initiative in the GNI now lacks scientific validity, independent voices, and sustainable planning, which can only have disastrous effects. The valuable biodiversity and breathtakingly stunning environment of Great Nicobar Island are not in danger, and it is hoped that effective mitigation measures and scientific and sustainable planning will make this possible.