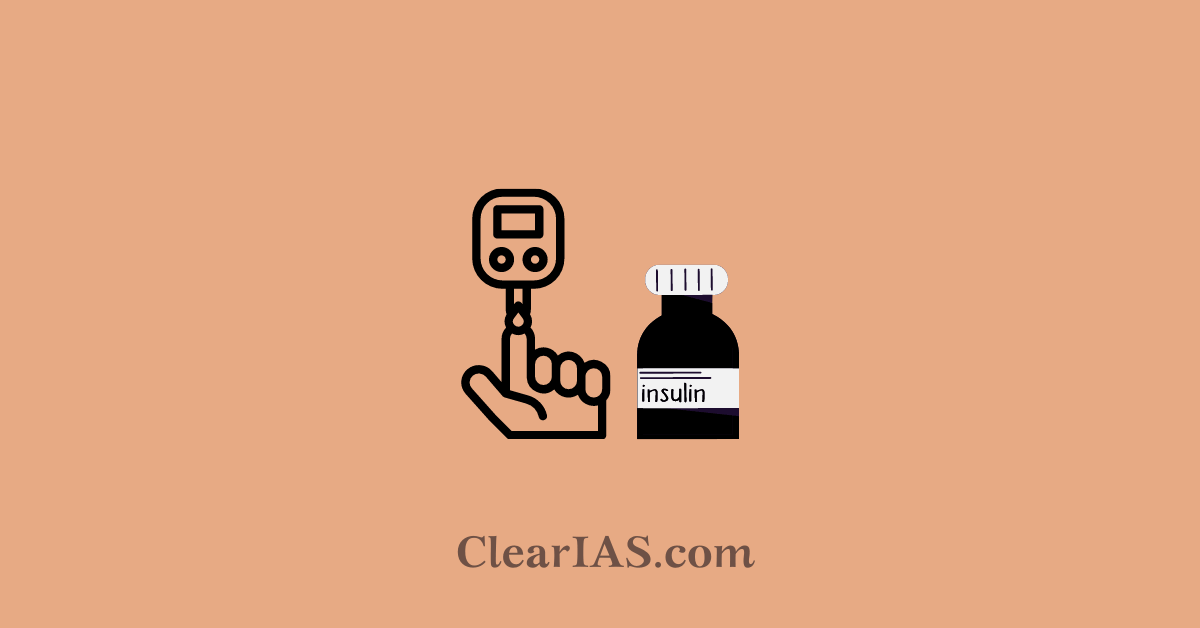 Diabetes is a widespread disease that affects all age groups and causes lifelong health problems. Read here to know about types, symptoms, and other facts about diabetes.

World Diabetes Day is observed on 14th November every year since 2006.

The day was created in 1991 by IDF and the World Health Organization (WHO) in response to growing concerns about the escalating health threat posed by diabetes.

World Diabetes Day became an official United Nations Day in 2006 with the passage of United Nations Resolution 61/225. It is marked every year on 14 November, the birthday of Sir Frederick Banting, who co-discovered insulin along with Charles Best in 1922.

Diabetes mellitus is a non-communicable but chronic disease that occurs when the pancreas gland of the body is not able to make insulin or when the body cannot make good use of the insulin produced.

Insulin plays a crucial role in metabolism and helps the liver, muscle, and fat cells to store the glucose that the body does not require directly, which can be used later by the body in the form of energy.

Insulin was discovered in 1921 by orthopaedic surgeon Dr. Frederick Banting and medical student Charles Best, from the University of Toronto. Dr. Banting later won the Nobel Prize for this discovery in 1923 along with Professor McLeod who was a Professor of Carbohydrate Metabolism.

If the pancreas gland is not able to produce enough insulin it causes hypoglycemia and if it is not used effectively then glucose levels in the blood are raised leading to hyperglycemia. If glucose levels increase in the long-term then it can also damage the body and failure of various organs and tissues.

In this type, the body produces very little or no insulin. Therefore, a daily injection of insulin is required for the body to maintain blood glucose levels under control. It can develop at any age but mostly it affects children and adolescents.

In this type, the body is not able to use the insulin that it produces. The remedy for this is a healthy lifestyle, increase physical activity, and a healthy diet. Some people with time may take oral drugs or insulin to keep their blood glucose levels under control. It is more common in adults and 90% mostly cases of Diabetes are Type 2 only.

In this type, glucose in the blood increases during pregnancy and may generate complications for both mother and child. It is also be seen that Gestational diabetes may disappear after pregnancy but affected women or children are at increased risk of developing type 2 diabetes later in life.

Diabetes mellitus is what most people mean by diabetes. It’s when your pancreas doesn’t produce enough insulin to control the amount of glucose, or sugar, in your blood.

The global concern of diabetes:

It is the only major non-communicable disease for which the risk of dying early is going up, rather than down.

It has emerged as one of the major co-morbid conditions linked to severe Covid-19 infections. The International Diabetes Foundation Diabetes Atlas, in 2019, placed India among the top 10 countries for people with diabetes.