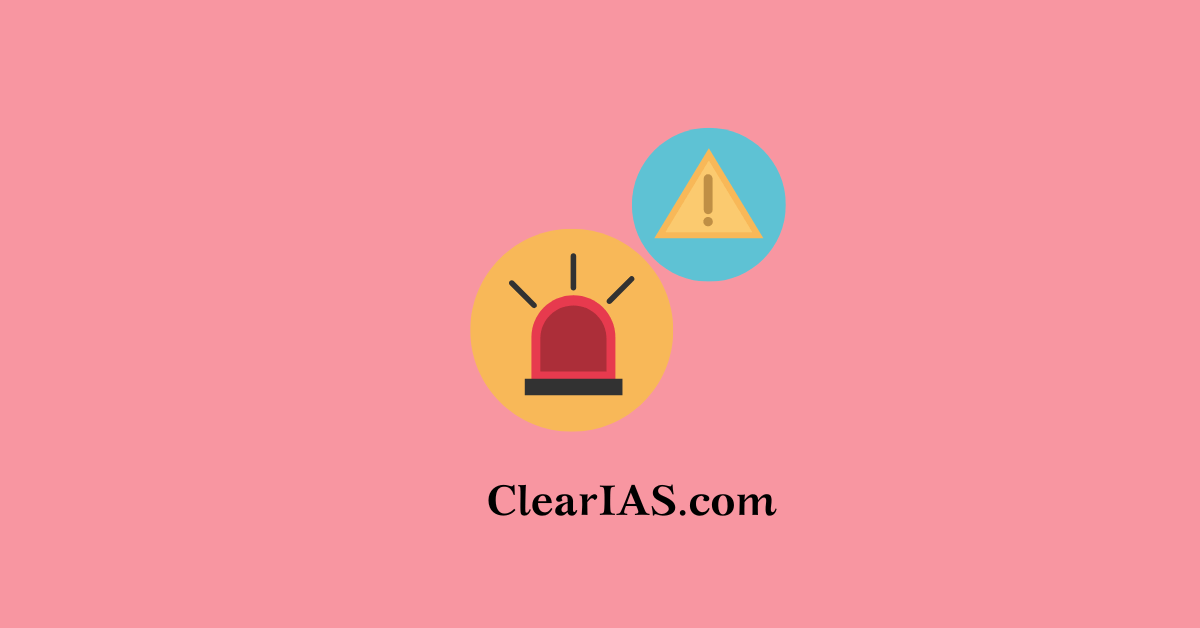 Article 352 to 360 of the Indian constitution deals with the provisions/rules related to the emergency, that enable the central government to meet any abnormal situation effectively.

Emergency provisions alter the power structure, under this central government becomes all-powerful and converts the federal structure into the unitary one without any formal amendment to the constitution.

When the ground of emergency is war, external aggression, and armed rebellion, it is known as National Emergency. (Note- Due to the vagueness of the term Internal disturbance, 44th Amendment Act 1978 substituted it with Armed Rebellion).

National Emergency can be declared by President only, after receiving a written recommendation from the cabinet.

Both houses of parliament are required to pass the proclamation of emergency with a special majority within one month from its issue date. (Special Majority- a majority of the total membership of the house and a majority of not less than two-thirds of members of the house present and voting).

How long a National Emergency can be in force?

With a subsequent proclamation, the President can revoke the emergency if only Lok Sabha passes a resolution disapproving its continuation with a Simple Majority.

Article 358- It deals with the suspension of fundamental rights guaranteed under article 19 of the constitution.

Article 359- It deals with the suspension of other fundamental rights except for articles 20 and 21.

President’s Rule is also known as State Emergency or Constitutional Emergency. If any state fails to comply with the direction of the centre or there is any failure of constitutional machinery, President rule can be imposed on the such state.

President’s decision to declare President’s rule on any state can be based on the report of the Governor of the state or he can act otherwise too.

As per the emergency provisions made under the constitution, to impose the President’s Rule on a state, a proclamation must be approved by both houses of parliament within two months of time. After approval, it continues for six months at a time and can be extended for three years in total with the approval of parliament every six months.

It only requires approval by a simple majority in either house of parliament.

If the parliament wants to extend the proclamation of the President’s Rule beyond one year, it has to fulfil two conditions-

one is, that there must be an operational national emergency in the entire country or in whole or any part of the state, another is, that the Election Commission must have certified that the election to the legislative assembly cannot be held due to certain difficulties in that state.

Revocation of a Financial Emergency is also done by President with a subsequent proclamation that does not require any parliamentary approval.