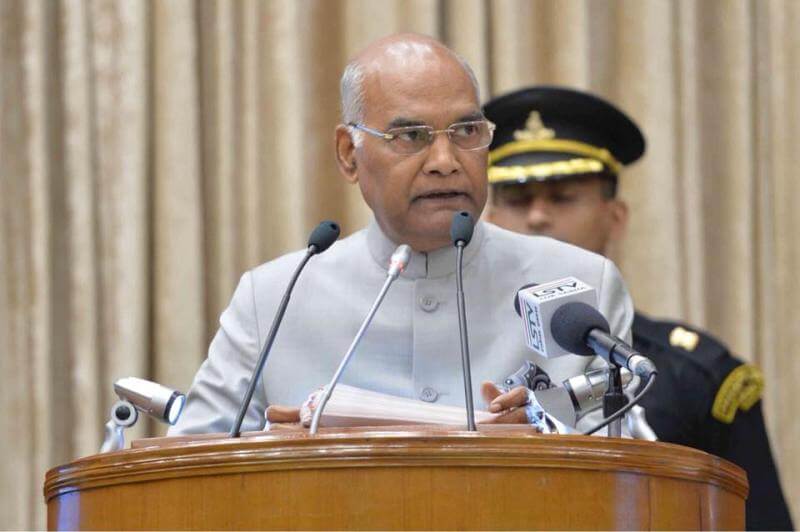 Part V of the Constitution (The Union) under Chapter I (The Executive) lists out the qualification, election and impeachment of the President of India.

The President of India is the head of state of the Republic of India. The President is the formal head of the executive, legislature and judiciary of India and is also the commander-in-chief of the Indian Armed Forces.

Although Article 53 of the Constitution of India states that the President can exercise his or her powers directly or by subordinate authority, with few exceptions, all of the executive authority vested in the President are, in practice, exercised by the Council of Ministers (CoM).

Chapter I The Executive

Article 52 : The President of India

There shall be a President of India.

Article 53 : Executive power of the Union

Article 55 : Manner of election of President

(1) As far as practicable, there shall be uniformity in the scale of representation of the different States at the election of the President.
(2) For the purpose of securing such uniformity among the States inter se as well as parity between the States as a whole and the Union, the number of votes which each elected member of Parliament and of the legislative Assembly of each state is entitled to cast at such election shall be determined in the following manner; –
(a) every elected member of the Legislative Assembly of a State shall have as many votes as there are multiples of one thousand in the quotient obtained by dividing the population of the State by the total number of the elected members of the Assembly;
(b) if, after taking the said multiples of one thousand, the remainder is not less than five hundred, then the vote of each member referred to in sub-clause (a) shall be further increased by one;
(c) each elected member of either House of Parliament shall have such number of votes as may be obtained by dividing the total number of votes assigned to the members of the Legislative Assemblies of the States under sub-clauses (a) and (b) by the total number of the elected members of both Houses of Parliament, fractions exceeding one-half being counted as one and other fractions being disregarded.
(3) The election of the President shall be held in accordance with the system of proportional representation by means of the single transferable vote and the voting at such election shall be by secret ballot.
Explanation: In this article, the expression “population” means the population as ascertained at the last preceding census of which the relevant figures have been published:
Provided that the reference in this Explanation to the last preceding census of which the relevant figures have been published shall, until the relevant figures for the first census taken after the year 2000 have been published, be construed as a reference to the 1971 census.

Article 56 : Term of office of President

(1) The President shall hold office for a term of five years from the date on which he enters upon his office:
Provided that – (a) the President may, by writing under his hand addressed to the Vice-President, resign his office;
(b) the President may, for violation of the Constitution, be removed from office by impeachment in the manner provided in article 61.
(c) the President shall, notwithstanding the expiration of his term, continue to hold office until his successor enters upon his office.
(2) Any resignation addressed to the Vice-President under clause (a) of the proviso to clause (1) shall forthwith be communicated by him to the Speaker of the House of the People.

A person who holds, or who has held, office as President shall, subject to the other provisions of this Constitution be eligible for re-election to that office.

Article 58 : Qualifications for election as President

(1) No person shall be eligible for election as President unless he –
(a) is a citizen of India;
(b) has completed the age of thirty-five years, and
(c) is qualified for election as a member of the House of the People.
(2) A person shall not be eligible for election as President if he holds any office of profit under the Government of India or the Government of any State or under any local or other authority subject to the control of any of the said Governments.
Explanation: For the purposes of this article, a person shall not be deemed to hold any office of profit by reason only that he is the President or Vice-President of the Union or the Governor of any State or is a Minister either for the Union or for any State.

Article 60 : Oath or affirmation by the President

Every President and every person acting as President or discharging the functions of the President shall, before entering upon his office, make and subscribe in the presence of the Chief Justice of India or, in his absence, the senior most Judge of the Supreme Court available, an oath or affirmation in the following form, that is to say – “I, A.B., do swear in the name of God / solemnly affirm that I will faithfully execute the office of President (or discharge the function of the President) of India and will to the best of my ability preserve, protect and defend the Constitution and the law and that I will devote myself to the service and well-being of the people of India.”

Article 61 : Procedure for impeachment of the President

Article 62 : Time of holding election to fill vacancy in the office of President and the term of office or person elected to fill casual vacancy

(1) An election to fill a vacancy caused by the expiration of the term of office of President shall be completed before the expiration of the term.
(2) An election to fill a vacancy in the office of President occurring by reason of his death, resignation or removal, or otherwise shall be held as soon as possible after, and in no case later than six months from, the date of occurrence of the vacancy; and the person elected to fill the vacancy shall, subject to the provisions of article 56, be entitled to hold office for the full term of five years from the date on which he enters upon his office.

Info-Bits Related to the President of India 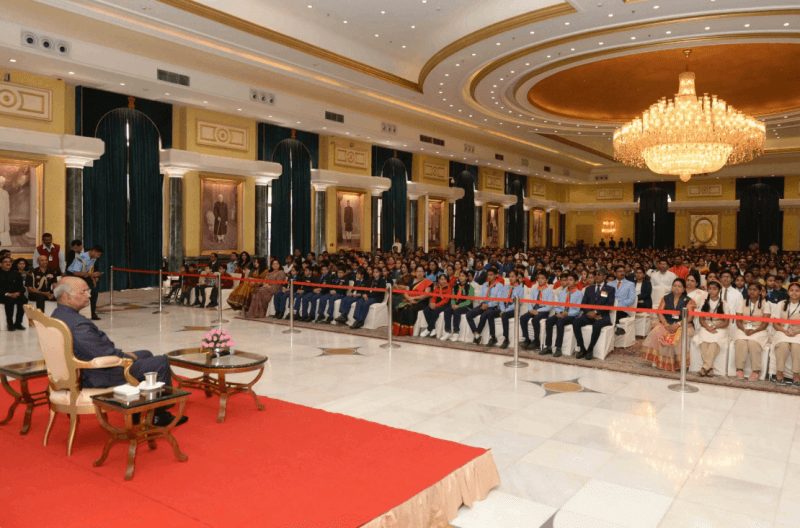 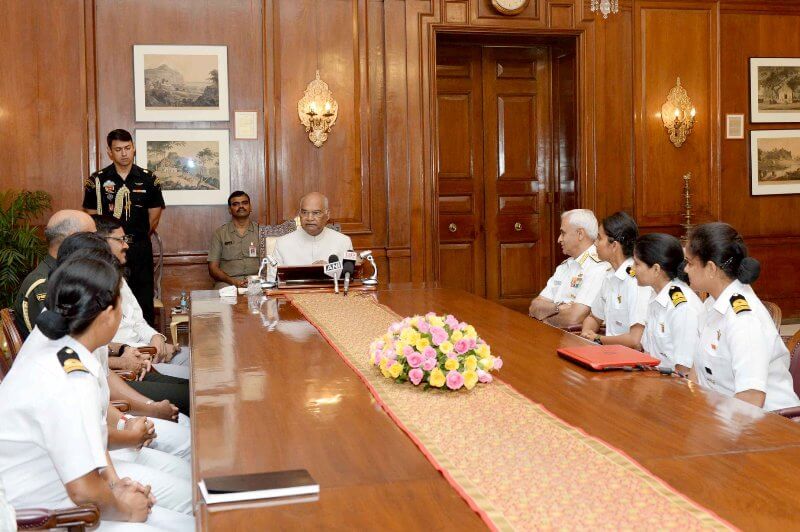 Powers of Indian President can be broadly classified under 8 headings. They are :

There are articles outside Chapter 1 of Part V related with powers of President of India like Article 72 and Articles 352-360. We shall discuss in detail each of them later.

Article 72: Power of President to grant pardons, etc., and to suspend, remit or commute sentences in certain cases

ClearIAS can help you succeed.