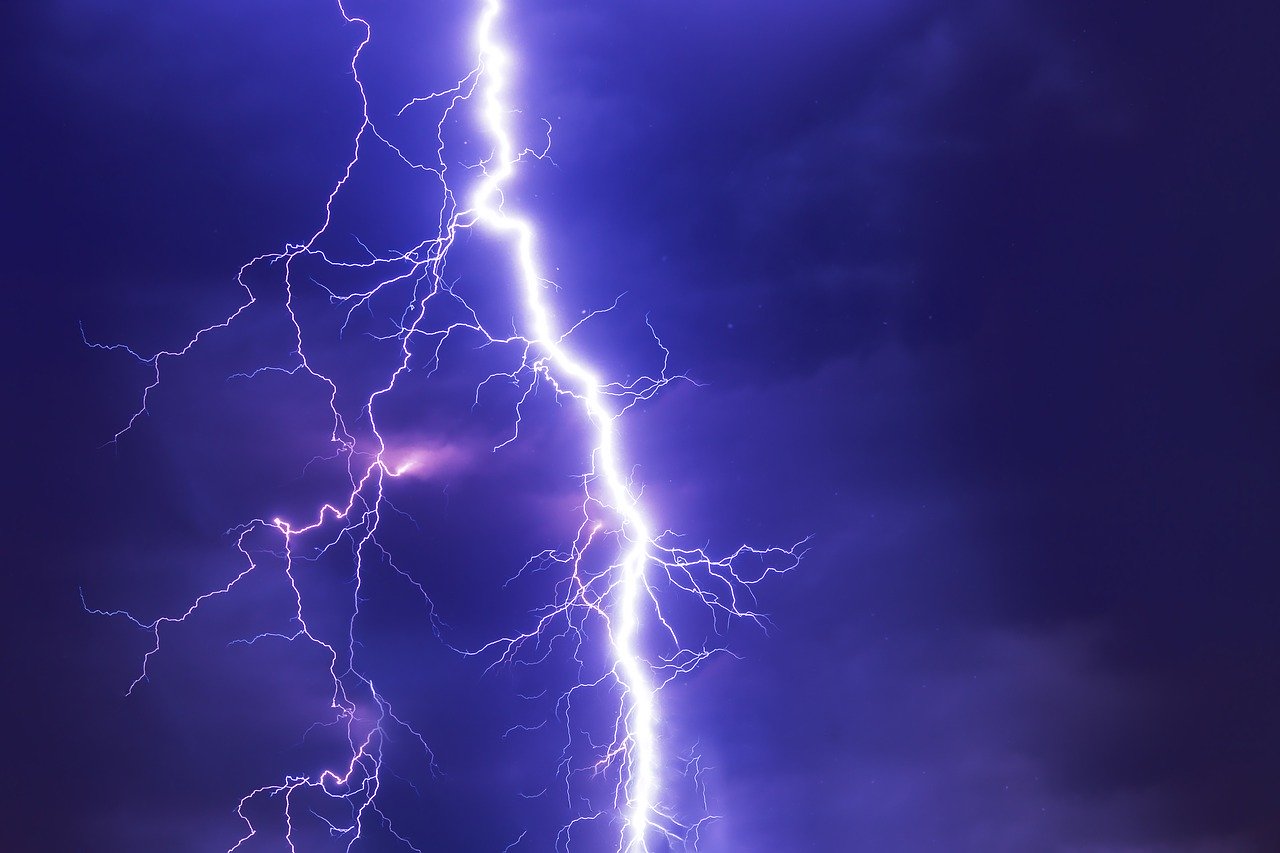 The weak and strong forces are effective only over a very short range and dominate only at the level of subatomic particles.

Gravity and Electromagnetic force have infinite range. Let’s see each of them in detail.

The Four Fundamental Forces and their strengths

The gravitational force is weak but very long-ranged. Furthermore, it is always attractive. It acts between any two pieces of matter in the Universe since mass is its source.

The weak force is responsible for radioactive decay and neutrino interactions. It has a very short range and. As its name indicates, it is very weak. The weak force causes Beta-decay ie. the conversion of a neutron into a proton, an electron and an antineutrino.

The electromagnetic force causes electric and magnetic effects such as the repulsion between like electrical charges or the interaction of bar magnets. It is long-ranged but much weaker than the strong force. It can be attractive or repulsive and acts only between pieces of matter carrying an electrical charge. Electricity, magnetism, and light are all produced by this force.

The strong interaction is very strong but very short-ranged. It is responsible for holding the nuclei of atoms together. It is basically attractive but can be effectively repulsive in some circumstances. The strong force is ‘carried’ by particles called gluons; that is, when two particles interact through the strong force, they do so by exchanging gluons. Thus, the quarks inside of the protons and neutrons are bound together by the exchange of the strong nuclear force.

Note:  While they are close together the quarks experience little force, but as they separate the force between them grows rapidly, pulling them back together. To separate two quarks completely would require far more energy than any possible particle accelerator could provide.

There is speculation, that In the very early Universe when temperatures were very high (the Planck Scale) all four forces were unified into a single force. Then, as the temperature dropped, gravitation separated first and then the other 3 forces separated. Even then, the weak, electromagnetic, and strong forces were unified into a single force. When the temperature dropped these forces got separated from each other, with the strong force separating first and then at a still lower temperature the electromagnetic and weak forces separating to leave us with the 4 distinct forces that we see in our present Universe. The process of the forces separating from each other is called spontaneous symmetry breaking.

Qn: The known forces of nature can be divided into four classes, viz, gravity, electromagnetism, weak nuclear force and strong nuclear force. With reference to them, which one of the following statement is not correct?