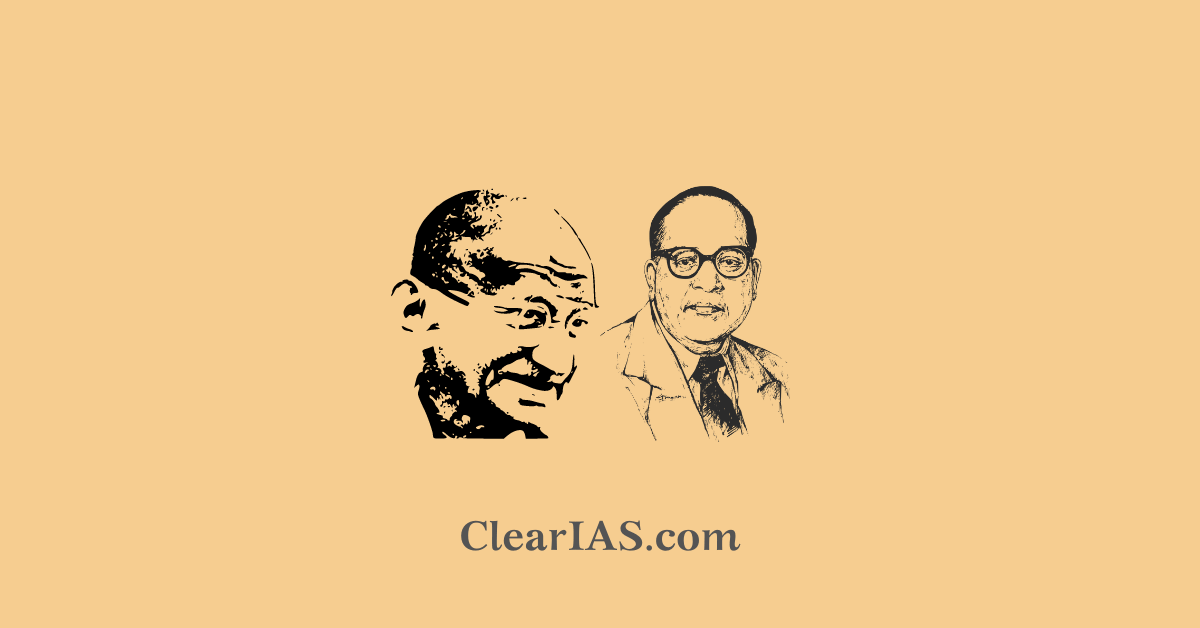 What are the ideological similarities and differences between Gandhi and Ambedkar?

Both leaders had played a prominent part in the making of India. Both of them had many concepts in common, despite having different convictions in many areas.

Ideological Differences between Gandhi and Ambedkar

Example: Ambedkar, in his early age also believed in reform and reconstruction of the evil practices that prevail in Hinduism but in the later phase, he left Hinduism, denounced it, and wanted to destroy it fully as he started believing that there is no scene of reform.

Example: Under Communal Award 1932- a separate electorate provision for SC/STs in the state legislature and parliament was agreed by Ambedkar but Gandhi went on fast unto Death for this provision.

Similarities between Gandhi and Ambedkar

Many people around the world have tremendous regard for these two guys and have also voiced criticism. In addition to aiding in India’s independence, they worked to solve the social issues of the day. The issues that the lower castes were recognized by both of them, and they assisted in their empowerment.

They made an effort to alter the existing systems and guide India’s development. They had different strategies for getting rid of untouchability, despite agreeing that it was the main problem facing the social order. Additionally, they cleared the ground for India’s independence.