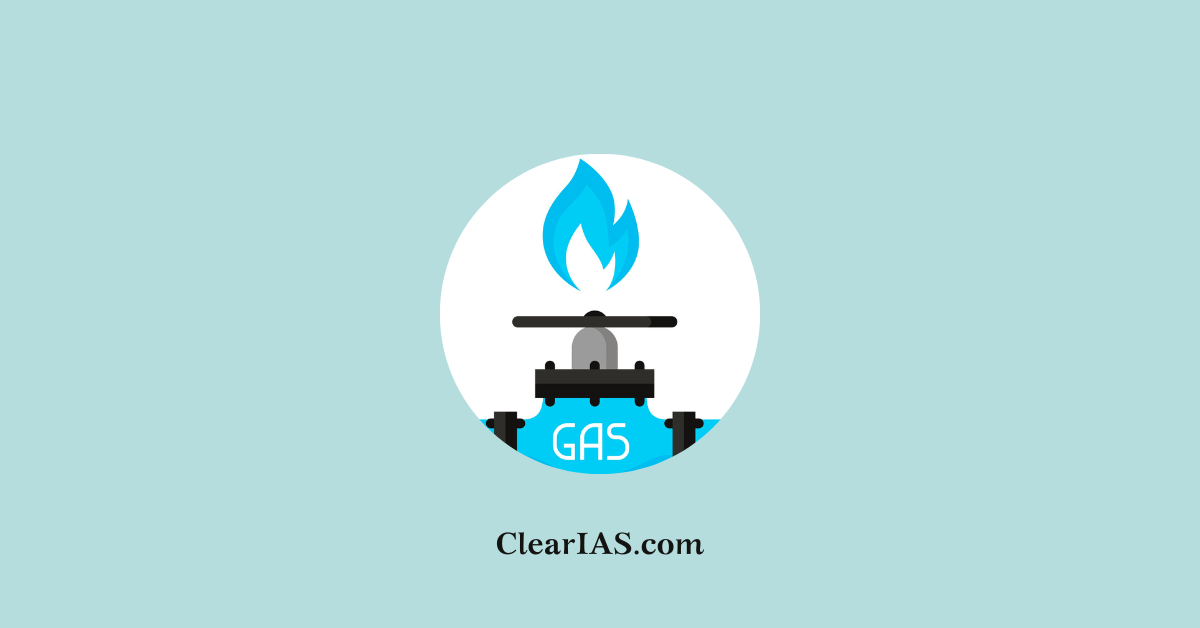 Gas-based economies reflect that gas is the primary source of commercial energy in the energy mix. Natural gas forms a major part of this type of economy. First, let us explore what is natural gas.

Natural gas, often known as fossil gas, is a naturally occurring mixture of hydrocarbon gases made mainly of the gas methane, with minor amounts of nitrogen, carbon dioxide, and hydrogen sulphide.

It develops over millions of years as layers of rotting plant and animal debris are subjected to extreme heat and pressure beneath the Earth’s surface.

Natural gas can be found as methane hydrates, in coal beds, or in association with other hydrocarbon reservoirs in deep underground rock formations. Another resource that can be found near and with natural gas is petroleum.

It is used as a fuel for automobiles, a source of energy for heating, cooking, and the production of electricity, as well as a chemical feedstock in the production of plastics and a number of organic chemicals.

Gas provides an economic resolution to the conflict between growth and the environment. Gas would assist India to achieve its goal of reducing greenhouse gas emissions under the Paris Climate Agreement by taking the place of conventional fuels.

Natural has a certain importance which are enlisted below:

The government proposed a proposal in 2018 to increase natural gas’s primary energy mix contribution from its current level of 6% to 15% by 2030. India has implemented the following steps to achieve this:

The gas-based economy of India faces many challenges. Let us discuss what are they.

India needs to increase its present consumption by more than three times to reach its aim of 15% gas share. This route can be taken by promoting natural gas at the expense of other fuels, particularly coal.