ClearIAS » Current Affairs Notes » Inter-State River Water Disputes in India: Is it time for a new mechanism rather than tribunals? The Inter-State River Water Disputes are one of the most contiguous issues in the Indian federalism today. In extreme cases, it may hamper the relationship between the different states. The recent cases of the Cauvery Water Dispute and the Satluj Yamuna Link Canal case are examples.

Various Inter-State Water Disputes Tribunals have been constituted so far, but it had its own problems. In this article, we analyze whether it’s time for a new mechanism.

Water in the Constitution of India

Water is a State subject as per entry 17 of State List and thus states are empowered to enact legislation on water.

Article 262 of the Indian Constitution:

Constituent Assembly anticipated the emergence of water disputes in future. A specific provision of Article 262 is mentioned in the constitution itself due to the sensitivity of such disputes.

In the case of disputes relating to waters, Article 262 provides:

Parliament has enacted two laws according to Article 262:

The purpose of this Act was to enable the Union Government to create Boards for Interstate Rivers and river valleys in consultation with State Governments. The objective of Boards is to advise on the inter-state basin to prepare development scheme and to prevent the emergence of conflicts.

Note: Till date, no river board as per above Act has been created.

Provisions of the Act: In case, if a particular state or states approach to Union Government for the constitution of the tribunal:

Note: Supreme Court shall not question the Award or formula given by tribunal but it can question the working of the tribunal.

The composition of the River Water Tribunal: Tribunal is constituted by the Chief Justice of India and it consists of the sitting judge of Supreme Court and the other two judges who can be from Supreme Court or High Court.

Thus it can be seen that – the resolution of water dispute is governed by the Inter-State Water Disputes Act, 1956. According to its provisions, a state government can approach the Centre to refer the dispute to a tribunal, whose decision is considered final.

Note: You can check the verdicts and latest status of each of these river water tribunals in this link.

Solution: Amendments to the Act in 2002

But still, there were issues… 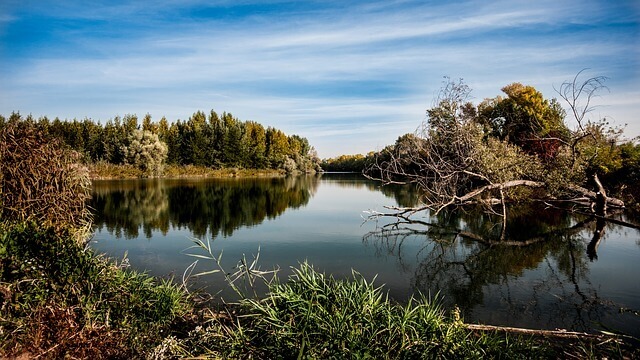 India has 2.4% of the World’s land, 18% of the world population but only 4% of the renewable water resource. If sufficient steps are not taken, the uneven water distribution will increase the possibility of water conflicts.

Inter-state river water disputes hinder the cooperative federalism of our nation and provide parochial mindset making regional issues superior to national issues. One should realise that our nation is a family in which all states are its members.