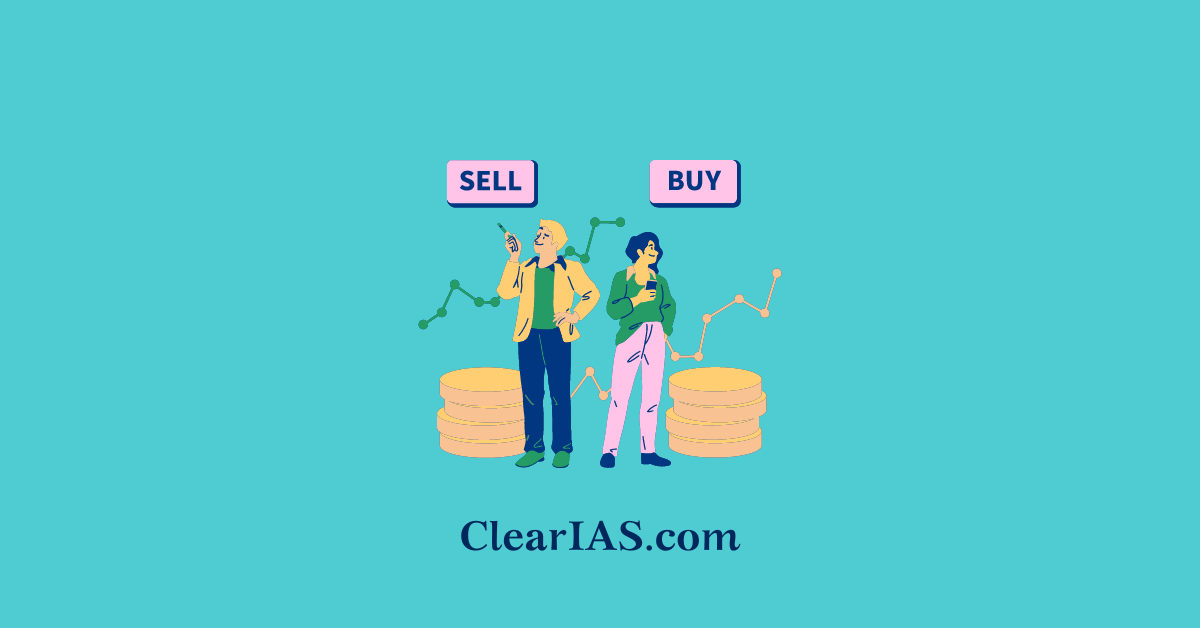 Part XIII of the Indian Constitution from Articles 301 to 307 deals with inter-state and intra-state trade, commerce, and intercourse within the territory of India. What are Trade, Commerce, and Intercourse?

The word ‘trade’ means ‘buying’ or ‘selling’ of goods.

The term ‘commerce ‘includes all forms of transportation such as by land, air, or water. Commerce may be of two types, Intra- state trade which is confined within the territory of a State, and Inter State i.e. trade and commerce which overflows the boundary of one State and extends to two or more States.

The term ‘intercourse’ means the movement of goods from one place to another place.

Thus, the words ‘trade, commerce, and intercourse; cover all kinds of activities which are likely to come under the nature of commerce.

Subject to the provisions of this Part, trade, commerce, and intercourse throughout the territory of India shall be free.

Article 303(1) declares that neither the Parliament nor the State Legislature shall have the power to make any law giving, or authorizing the giving of, any preference to one State over another; or making or authorizing the making of, any discrimination between one State and another, in the field of trade, commerce or intercourse.

Hence, if a State prohibits the sale of lottery tickets to others and promotes that of its own, it would be discriminatory and violative of Article 303.

Limitations Imposed Upon the Freedom

The freedom of inter-state trade and commerce guaranteed by Article 301 is freedom from all restrictions, except those which are provided for in the other provisions (Articles 302 to 305) of Part XIII of the Constitution itself. Those limitations are:

Article 302: Non-discriminatory restrictions may be imposed by Parliament, in the public interest.

Under this power, Parliament enacted the Essential Commodities Act, of 1955, which empowers the government, ‘in the interest of the general public’, the Central Government can control the production, supply, and distribution of certain ‘essential commodities’, such as coal, cotton, iron and steel, petroleum.

Article 303(1): The article provides that parliament shall not have the power to make any law giving any preference to any one State over another by virtue of any entry relating to trade and commerce in any one of the Lists in the Seventh Schedule.

Article 303(2): Parliament is even empowered to make discriminatory or preferential provisions for the purpose of dealing with a scarcity of goods arising in any part of India.

Article 304(b): Reasonable restrictions may be imposed by a State “in the public interest”. But, a bill for this purpose can be introduced in the legislature only with the prior sanction of the president. Further, the state legislature cannot give preference to one state over another or discriminate between the states.

Article 19(6)(4): The appropriate Legislature may make a law [under Article 19(6)(4)] for the carrying on by the State, or by a corporation owned or controlled by the State, of any trade, business, industry or service, whether to the exclusion, complete or partial, of citizens or otherwise.

Article 307: Parliament may by law appoint such authority as it considers appropriate for carrying out the purposes of articles 301, 302, 303, and 304, and confer on the authority so appointed such powers and such duties as it thinks necessary.

The difference in the scope of the provisions of Articles 19(1)(g) and 301, guarantees the freedom of trade and commerce:

Article 19(1)(g) looks at freedom from the standpoint of the individual who seeks to carry on a trade or profession and guarantees such freedom throughout the territory of India subject to reasonable restrictions, as indicated in Article 19(5).

Article 301, on the other hand, looks at freedom from the standpoint of the movement or passage of commodities or the carrying on of commercial transactions between one place and another, irrespective of the individuals who may be engaged in such trade or commerce.

However, if either of these freedoms is restricted, the offended party or even a State may challenge the legitimacy of the restriction, whether it was put in place by a law or an executive order.

Even though Article 301 or 304 is not mentioned in Part III as a fundamental right, a violation of those articles would often constitute an infringement of a person’s fundamental right protected by Article 19(1)(g), in which case the person can bring an application under Article 32.

Why Freedom of Inter-State trade and Commerce is Important?

Any federal structure’s main challenge is to reduce interstate barriers as much as possible so that individuals feel as though they are part of a single country and are free to live in any of the Units of the Union on an individual basis.

One of the means to achieve this objective is to guarantee every citizen the freedom of movement and residence throughout the country. Our Constitution guarantees rights by Article 19(1)(d) and (e).

No less important is the freedom of movement or passage of commodities and commercial transactions between one part of the country and another. The progress of the country as a whole also necessitates the exchange of goods and services between different parts, without any barrier. This is particularly essential in a federal system.

The provisions of Articles 301-307 of our Constitution aim to protect this freedom. However, these laws go beyond just inter-State freedom and also cover intra-State freedom.

In other words, no restrictions can be placed on the movement of trade, commerce, and intercourse between any two points on Indian territory, regardless of whether a State border should be crossed or not.

In conclusion, the problems concerning inter-state trade and commerce are more economic in content than legal.

The Constitution aimed to promote free trade and commerce in India because it was fully understood that the country’s economic integration and unity served as the primary stabilizing force for the advancement of its political and cultural unity and that it should operate as a single economic unit free from restrictions on internal trade.

One of India’s fundamental goals is for its people to be united economically, and the constitution of India makes it a priority to guarantee the accomplishment of the goal.