ClearIAS » World History Notes » Iranian Revolution – How is the Islamic Revolution Connected with the Clash of Civilizations? 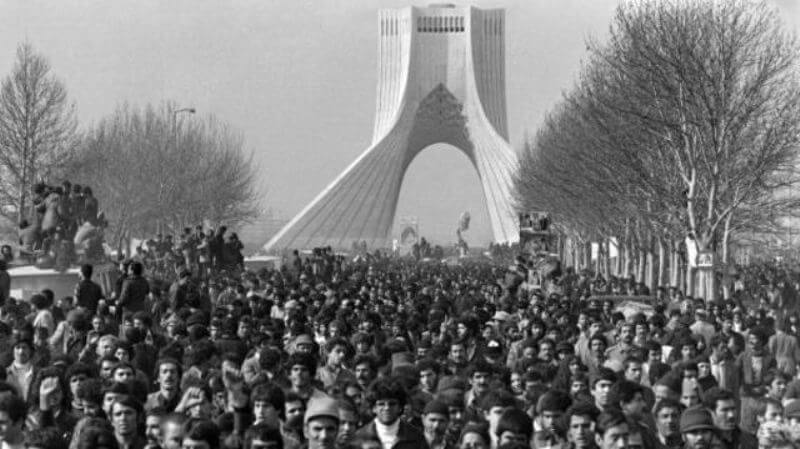 Iranian Revolution, also known as the Islamic Revolution, is a momentous development in the modern history of Islam. It has direct connections with the present-day conflicts between the Western and Islamic Civilizations. The rise of many Jihadi Movements is also inter-linked.

February 2019 marks the 40th anniversary of the Iranian Revolution.

Islamic Republic – What is it?

If a country is Republic, the head of the state will be an elected one. Unlike Secular Republics where the state does not have any religion, Islamic Republic countries follow Islamic laws. Examples of Islamic Republics are Pakistan, Afganistan, Iran, and Mauritania.

What was the Iranian Revolution for?

The Iranian Revolution was for the removal of Mohamed Reza Shah Pahlavi, the country’s monarch since 1941. The ruler – Shah Pahlavi was supported by Western Countries like the United States and the United Kingdom.

Even though Iran (Persia) enjoyed periods of economic prosperity under Shah’s rule, domestically, the regime was kind of a dictatorship. Besides, many fundamentalists were against the ruler’s ambitious modernisation programme that redistributed land and pushed for social reforms in the 1960s. Many felt the King’s initiatives undermined Iran’s Shia traditions and served only foreign interests.

The economic collapse of Iran in 1977 which caused high unemployment and rising inflation became a triggering factor to overthrow the monarchy and the western interests.

Why the Iranian Revolution is different?

Iranian Revolution was relatively a non-violent revolution.  The movement saw the end of 2,500 years of Persian monarchy.

The western intelligentsia treated this Revolution merely as a religious upheaval. However, thinkers like Michel Foucault declared the Iranian revolution as the ‘spirit of a world without spirit’ and as the “first great insurrection against global systems“.

The Iranian Revolution lacked many of the customary causes of revolution (defeat at war, a financial crisis, peasant rebellion, or disgruntled military). It occurred in a nation that was experiencing relative prosperity.

However, the revolution produced profound changes at great speed.

It replaced a pro-Western authoritarian monarchy with an anti-Western totalitarian theocracy based on the concept of Guardianship of the Islamic Jurists (or velayat-e faqih).

Also, the revolution resulted in the exile of many Iranians. 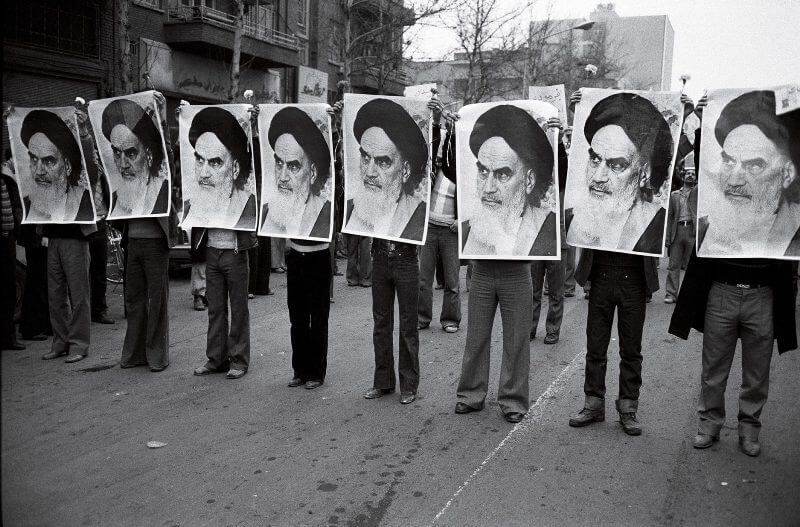 The revolution opened a new chapter for political Islam in the late 20th and early 21st centuries and had a deep impact on revolutionary movements across the globe, especially those that were using the Islamic frame of reference for political activism.

Iranian Revolution had led to fundamental geopolitical shifts in the Middle Eastern region. Examples – USSR invasion of Afghan, cold war between Saudi and Iran etc. Its repercussions are still felt throughout the region.

As the Revolution enters its 40th year in 2019, we will look at some of the significance and effects of it on Iran as well as on the regional and global politics. Even the ripples of this effect have and had been felt on India-Iran relations.

Iran (also known as Persia) has a rich history. It was also home to one of the world’s oldest civilizations. In this post, we shall, however, focus our study to the history of the Islamic revolution; in two heads – prelude and the actual revolution. 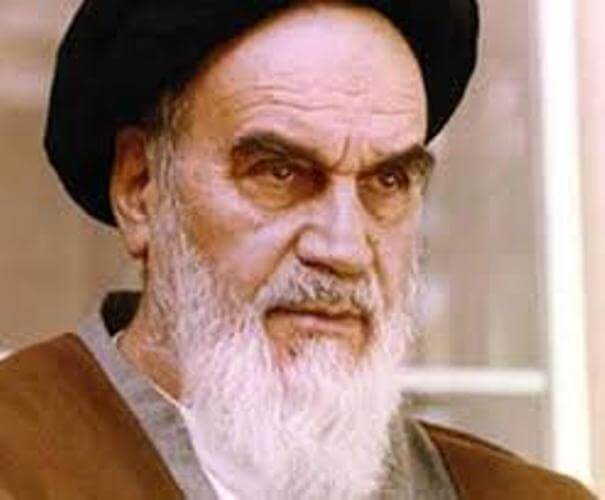 Did the revolution promised heaven, but created a hell on earth?

The events of 1979 are still being fought over four decades on.

Views differ on the impact of the revolution. For some, it was the most significant, hopeful and profound event in the entirety of contemporary Islamic history, while others believe that the revolution promised heaven, but created a hell on earth.

International Impact of the Iranian Revolution 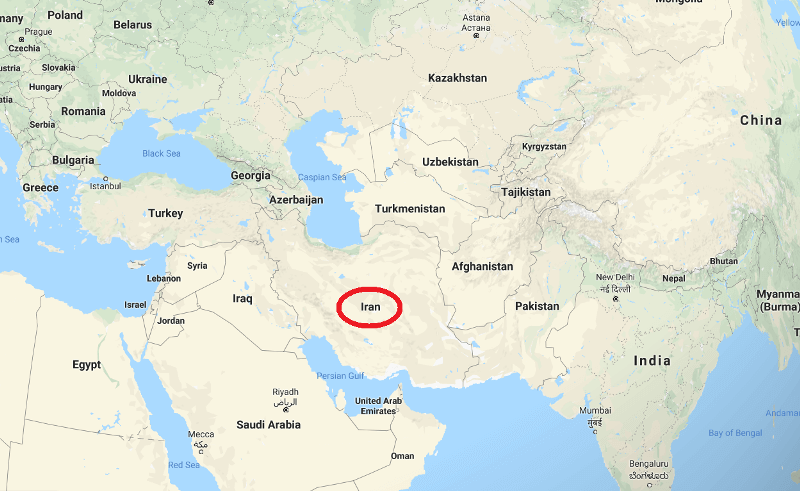 Internationally, the initial impact of the revolution was immense.

The Persian Gulf and the Iran–Iraq War

Iran experienced difficult relations with some Western countries, especially the United States after the revolution. Iran was under constant US unilateral sanctions.

The American political scientist Samuel P. Huntington (1992) argued that future wars would be fought not between countries, but between cultures (often based on religious identities). His hypothesis is called the “The Clash of Civilizations“.

Iran and Other countries 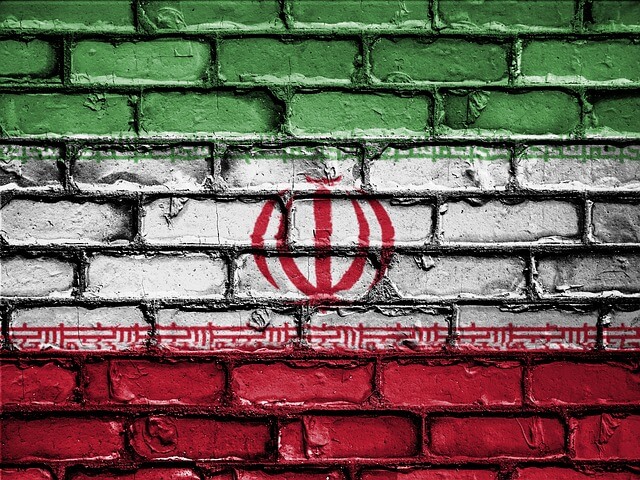 Being an Islamic State, Iran has integrated religion into the state. However, there are many who wish to see religion and state as separate. This includes those who are true followers of Islam. They are advocating secularization of the state to preserve the purity of the Islamic faith.

The protests in 2018 in Iran were greatest since 2009 green movement. Many considered this as the manifestation of the anger and frustration felt by Iranian youth against the system.

Iran as a Regional Power

Reason for instability in the West Asian region is the cold war between Saudi-Iran, manifested in proxy wars in Syria, Yemen, Bahrain, which is a struggle for power in the garb of religion. 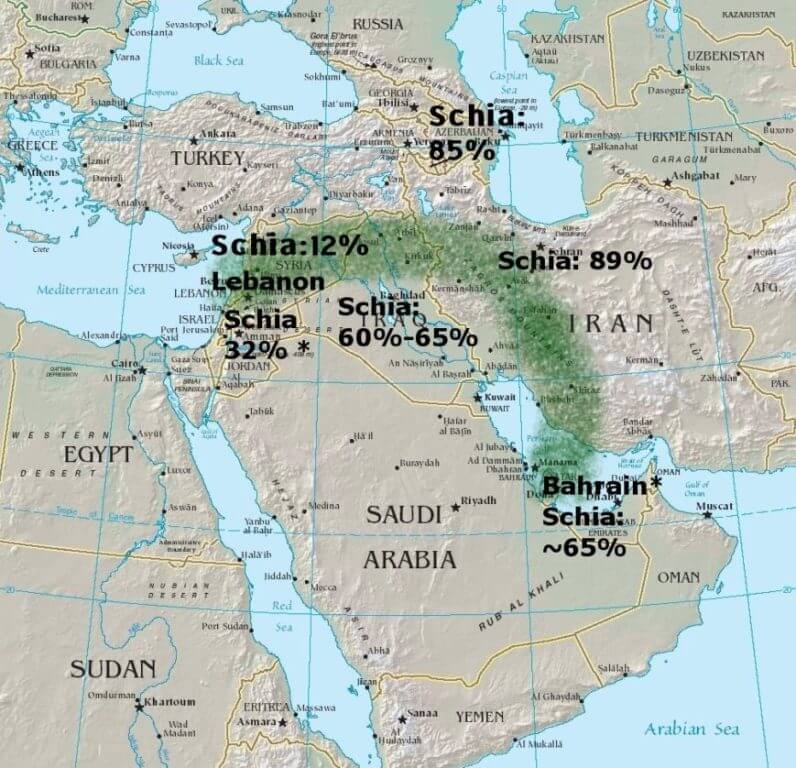 The criticism that the Iranian revolution promised heaven, but created a hell on earth is not without grounds. Many hoped that Iran as a republic would emerge as a major regional power to counter-balance the global powers. However, in reality, the revolution bolstered Islamic orthodoxy and extremism. Islamic Jihadists and new Islamic States (like the  the Islamic State of Iraq and the Levant(ISIS) – even though its ideology is a puritanical form of Sunni Islam) draw inspiration from it.

At this 40th anniversary of the Islamic revolution, the regime is under serious global, regional and domestic pressure. Iran is under pressure with a weak economy and social tensions rising at a time when U.S. President Donald Trump is becoming increasingly hostile towards it. Iran definitely has converted challenges into opportunities and made substantial changes in certain sectors like education, health care etc. But even as the Islamic Republic holds strong, discontent has risen.

The Western world interprets the Iranian Revolution as backward and typically Islamic. Many thinkers feel that the Iranian Revolution made a “clash of civilizations” – between raging Muslims and rational Westerners –  inevitable. The consequences of these are manifested today: catastrophically failed wars, and the implosion of large parts of the Middle East, North Africa, and South Asia.

Tehran will have to deal with the U.S.’s unilateral and hostile policies with help from other countries. But it should also fix its system, tackle corruption, hold government departments accountable for the decisions they take and rethink its approach towards dissent and personal freedoms.

At the same time, the US has to understand the peculiar domestic situation of Iran while dealing with it. Moreover, as Fareed Zakaria argues, the US should also take into account Iran’s influence in the region and its geopolitical and geostrategic importance in forging a solution to both Afghan and Syrian instability.