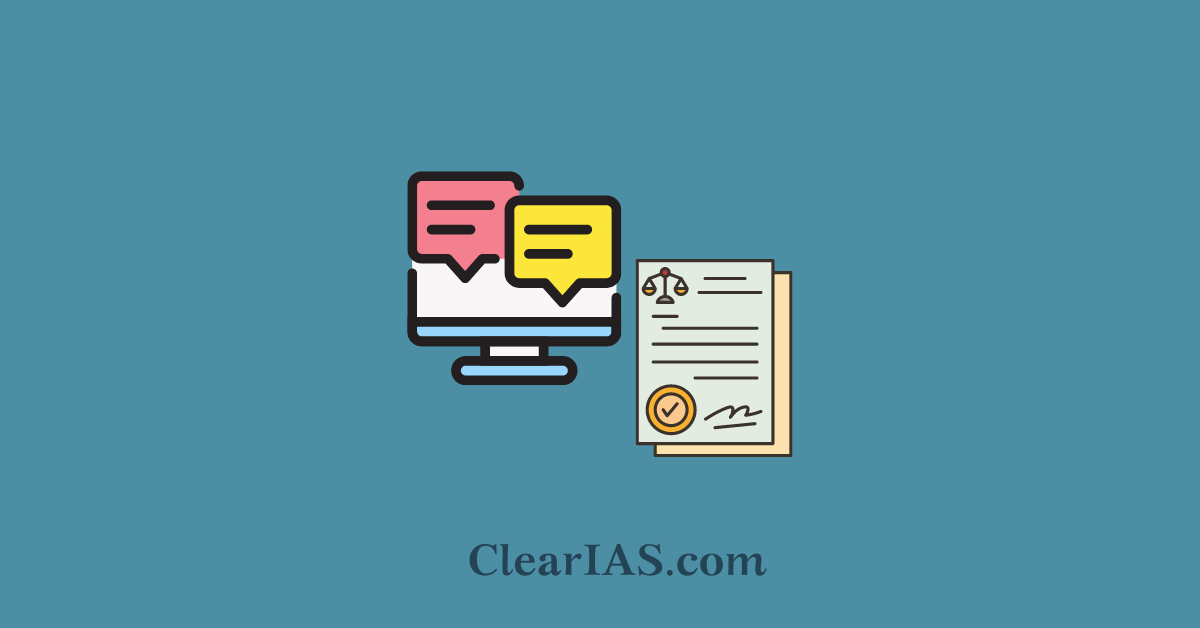 The IT rules 2021 were amended in a major push towards an Open, Safe & Trusted, and Accountable Internet. The Ministry of Electronics and IT notified these amendments aimed at protecting the rights of Digital Nagriks. Read here to know more about the need for the amendments.

The Information Technology (Intermediary Guidelines and Digital Media Ethics Code) Amendment Rules, 2022 are aimed at enhancing due diligence requirements and ensuring accountability of social media and other intermediaries.

They have been notified against the backdrop of complaints regarding the action/inaction on the part of the intermediaries on user grievances regarding objectionable content or suspension of their accounts.

The draft amendment to IT rules, 2021 was released earlier this year.

Key provisions of IT Rules 2021

IT Rules 2021 were released under section 87 of the IT Act, 2000 for Social-Media, Digital Media, and OTT platforms.

The intermediaries now will be expected to ensure that there is no uploading of content that intentionally communicates any misinformation or information that is patently false or untrue hence entrusting an important responsibility to intermediaries.

The rules also have made it explicit for the intermediary to respect the rights accorded to the citizens of India under Articles 14, 19, and 21 of the Indian Constitution

Key provisions of the amendment are:

Dispute Resolution Mechanism: Online dispute resolution mechanism, i.e., digital mode of the entire appeal process, from the filing of an appeal to the decision.

Obligations for intermediaries: Intermediaries can develop and implement “appropriate safeguards” to prevent misuse of the grievance redressal mechanism.

Time-bound: The companies will be required to acknowledge complaints from users within 24 hours and resolve them within 15 days or 72 hours in case of an information takedown request.

Currently, intermediaries are only required to inform users about not uploading certain categories of harmful/unlawful content.

Some of the content categories in rule 3(1)(b) have been rephrased to deal particularly with misinformation, and content that could incite violence between different religious/caste groups.

The amendment requires intermediaries to respect the rights guaranteed to users under the Constitution, including a reasonable expectation of due diligence, privacy, and transparency.

While the IT Rules of 2021 mandated that social media intermediaries would be responsible for informing users not “to host, display, upload, modify, publish, transmit, store, update or share any information” not permitted under the law, the amended rules only say that intermediaries should take “all reasonable measures” to inform users of these rules.

News about IT Rules

Concerns with IT rules