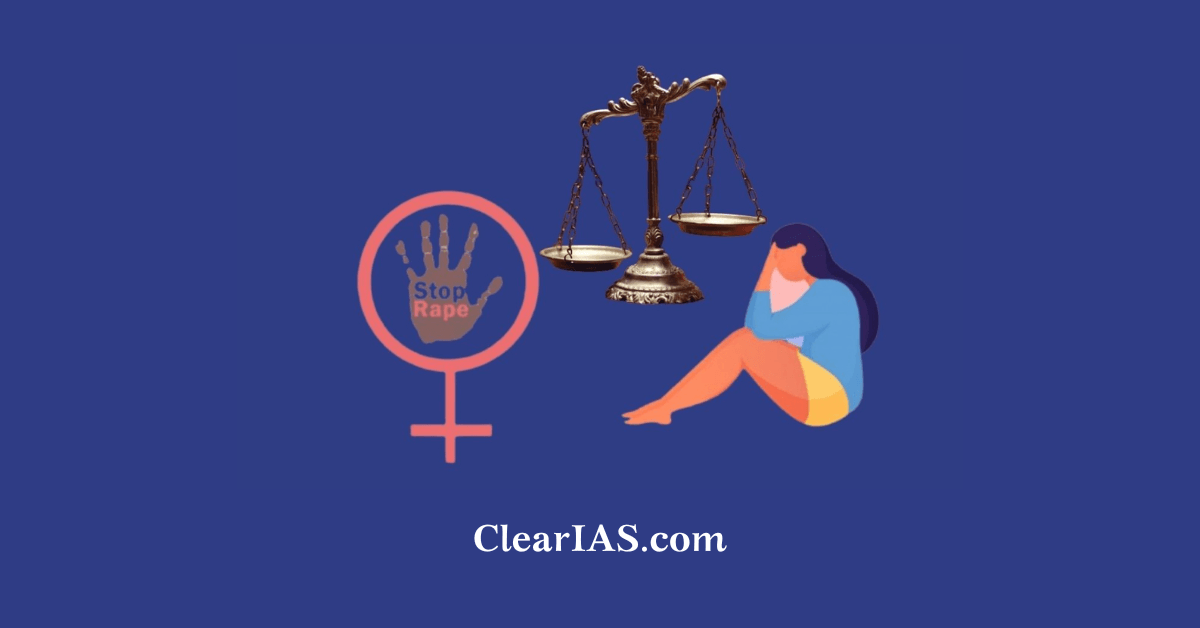 5.4% of Indian women reported experiencing marital rape, according to the NHFS-4 study. In India, is marital rape a crime? What sections of the penal code are applicable to marital rape? Read on to learn more.

A lawsuit challenging an exception in IPC Section 375 that shields husbands who have had forced non-consensual sexual contact with their wives from criminal punishment have resulted in a split decision from the Delhi High Court.

How can we define marital rape?

Sexual contact with one’s spouse without the partner’s consent is referred to as marital rape.

In Indian law, marital rape is not a crime.

However, there has been an increasing call to make marital rape a crime.

Section 175 of the Indian Penal Code

The IPC’s Section 375 outlines the behaviors that qualify as man-on-man rape.

It also states that medical procedures or interventions shall not constitute rape in addition to decriminalizing marital rape.

According to Section 375’s Exception 2, “sexual actions or sexual intercourse by a man with his own wife, the wife not being under the age of fifteen, is not rape.”

A custom from the colonial period had an impact on the exceptional prohibition of rape in marriage.  According to the Doctrine of Coverture, a woman has no personal legal identity after marriage.

Despite the Constitution’s rejection of this doctrine holds that a woman loses her identity and legal rights when marriage, which is an infringement on her fundamental rights.

Case laws in the issue of Marital Rape

The top court ruled in the case of State of Karnataka v. Krishnappa that sexual assault is a demeaning act in addition to being a violation of someone’s right to privacy and the sanctity of their own body female.

Suchita Srivastava v. Chandigarh Administration is a case where, the Supreme Court compared the freedom to decide on issues that affect sexual action with respect for one’s privacy, personal space, and dignity under Article 21 of the Constitution, as well as physical integrity.

What are the arguments for criminalizing marital rape?

In opposition to married women’s individual rights ie. Articles 14 and 21 :

Marital rape infringes on a woman’s or a wife’s right to live her life in dignity.

The Supreme Court of India ruled in numerous cases that the crime of rape violates the victim’s right to life and right to a dignified existence.

The rights to one’s body should be the same for married and single women alike.

The Indian constitution does not specifically address the right to privacy. However, the Supreme Court has determined that the scope of Article 21 ensures a right to privacy inherently.

The Supreme Court ruled in the case of the State of Maharashtra v. Madhukar Narayan that every woman has a right to her sexual privacy and that no one has the right to invade that privacy whenever they like.

An infringement of the right to bodily autonomy

Every person has the right to decide what to do with their body. Similar to this, one of a woman’s most personal choices is whether or not to engage in sexual activity or grant her consent.

It is a natural right to express oneself. In light of this, the idea of marital exclusion under Section 375 of the Indian Penal Code (IPC) in regard to rape becomes a form of interference with her right to decision-making and thus a violation of the right to freedom of expression (Article 19).

Inconsistencies with other laws

Even if they are not divorced, a husband who is living apart from his wife may be charged with rape (Section 376B)

Carnal intercourse against the laws of nature by any male (including a husband) is punishable under Section 377 of the IPC.

This exception implies that the woman is a husband’s property, contradicting the Supreme Court’s ruling in Joseph Shine v. Union of India (2018).

What are the arguments against criminalizing marital rape?

Destabilizing the institution of marriage:

It may lead to complete anarchy in families, undermine the institution of marriage, and obliterate the foundation of the family, which protects family values and supports the nation. In Indian culture, marriage is regarded as a sacrament.

Misuse of the law

It might be utilized in the same way that section 498A of the IPC, which prohibits harassment of married women by their husbands and in-laws, is increasingly being misapplied to harass husbands.

Making marital rape a crime will lead to problems like

If any sexual act a man engages in with his wife qualifies as marital rape, then the woman, who cannot always be trusted, will be the only one who can decide whether the conduct is marital rape or not.

What evidence the courts will consider in these cases—where there can be no conclusive proof of a man’s wife engaging in sexual activity?

Involvement of the court tips the scales in favor of eliminating the legal exception for marital rape. The Supreme Court’s reluctance to suspend the ruling, which resulted in the first marital rape trial of a man, shows that the higher judiciary is prepared to conduct a thorough investigation of the colonial-era clause.

The UN Committee on Elimination of Discrimination and the JS Verma committee, which were both established in connection with the Nirbhaya gang-rape case against Women had suggested to the government in 2013 that the
Legalizing marital rape is a smart option for India.

It is crucial that the legislative ban on marital rape be matched by behavioral changes in society at large, including prosecutors, police, and the general public.

Click here to read more notes on Indian Polity which you shouldn’t miss.