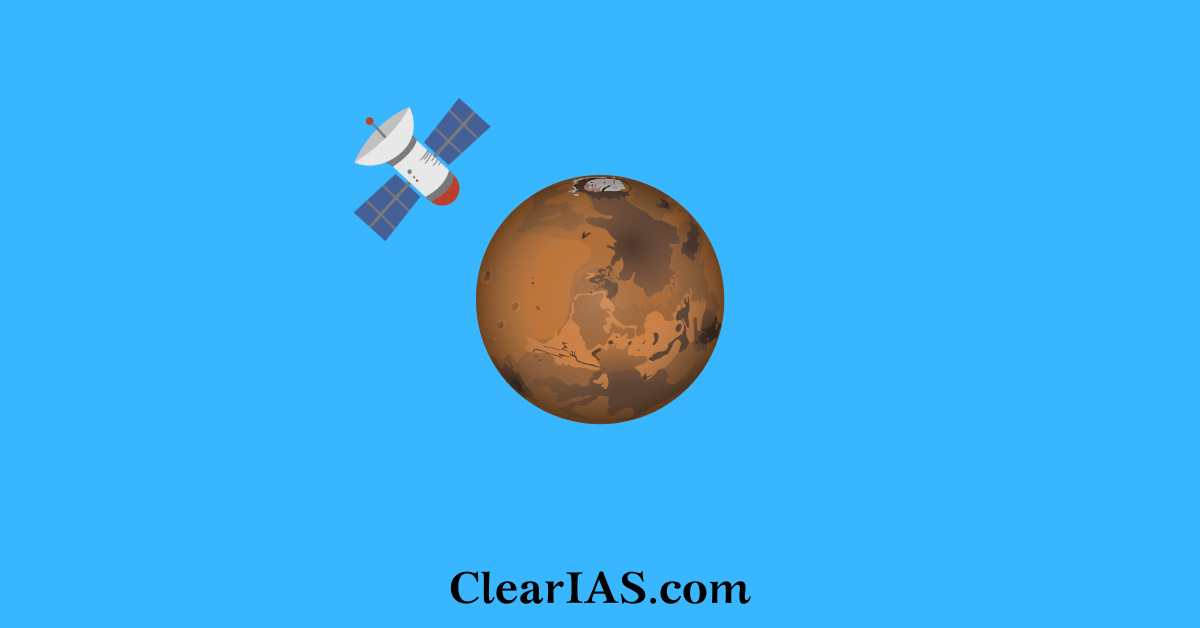 MOM was launched on November 5, 2013, from the Satish Dhawan Space Centre in Sriharikota, India, and entered Mars orbit on September 24, 2014.

The Mangalyaan mission is an important milestone for ISRO, as it is the first time that India has sent a spacecraft to another planet. It has also helped to increase the country’s international standing in the field of space exploration.

What is Mars Orbiter Mission?

It was India’s first interplanetary mission and the country’s first spacecraft to reach the planet Mars. The primary objective of the mission was to demonstrate India’s technological capabilities in interplanetary exploration and to study the Martian surface and atmosphere.

It carried a payload of five scientific instruments to study the Martian surface, atmosphere, and mineralogy, as well as search for evidence of methane and other trace gases. The mission was a success and completed all its objectives, making India the first Asian country to reach Mars and the first nation in the world to do so on its first attempt.

Objectives of the Mission

The primary objective of the mission was to demonstrate India’s capability to design, plan, and execute a complex interplanetary mission. Specifically, the mission aimed to:

Overall, the Mangalyaan mission was a major milestone for India’s space program, as it was the country’s first mission to another planet and one of the few successful Mars missions in history.

The Mangalyaan spacecraft was launched aboard a Polar Satellite Launch Vehicle (PSLV) rocket from the Satish Dhawan Space Centre (SDSC) in Sriharikota, India. The PSLV is a four-stage launch vehicle with solid and liquid propulsion stages. It is capable of launching satellites into a variety of orbits, including polar and geostationary orbits.

The SDSC, also known as the Sriharikota Range (SHAR), is a rocket launching station operated by the Indian Space Research Organisation (ISRO). It is located on the island of Sriharikota, about 80 km north of Chennai, India. The centre has two launch pads, designated as the First Launch Pad (FLP) and the Second Launch Pad (SLP). The Mangalyaan mission was launched from the FLP.

There are many challenges that space agencies and scientists must overcome in order to successfully send a mission to Mars and achieve its objectives. Some of the main challenges of Mars missions include:

Despite these challenges, the Mangalyaan mission was successfully launched and achieved its objectives, making it an important milestone for ISRO and India’s space program.

Some of the key achievements of the Mangalyaan mission include:

Overall, the Mangalyaan mission has been a successful and important step in the exploration of Mars and the understanding of the planet’s environment and history.

What is the need to explore Mars?

There are many scientific and technological reasons why humans are interested in exploring Mars. Some of the main reasons include:

Why this Mars mission is important for India and the world?

Some of the reasons why this mission is important to include:

Overall, the Mangalyaan mission has been an important achievement for India and the world and has contributed to our understanding of Mars and the solar system as a whole.