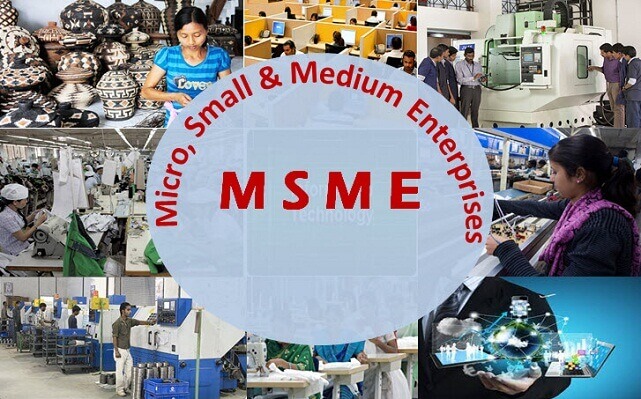 What are MSMEs? What is the new definition of Micro, Small, and Medium Entreprises?

For a country to grow, the government should actively promote business enterprises.

Among business enterprises, the Micro, Small and Medium Enterprises (MSME) deserve special attention. Though MSMEs are small investment enterprises, their contribution to the Indian economy is very significant.

Original Defenition of MSMEs (as per MSMED Act 2006)

The guidelines with regard to investment in plant and machinery or equipment as defined in the MSMED Act, 2006 are:

Note: The investment in plant and machinery is the original cost excluding land and building and other items specified by the Ministry of Small Scale Industries vide its notification no. S.O. 1722 (E) dated 05.10.2006.

As per the new definition of MSMEs announced in May 2020, the investment limit has been revised upwards and an additional criterion of turnover introduced.

The distinction between manufacturing and services has been done away with. However, this proposal is yet to be implemented. To be effective, the proposal will need amendment in the MSMED Act and passed through the Parliament.

List of enterprises that are engaged in providing or rendering services

The illustrative lists of enterprises that are engaged in providing or rendering services are:

With the enactment of MSMED Act 2006, the paradigm shift that has taken place is the inclusion of services sector in the definition of Micro, Small and Medium Enterprises, apart from extending the scope to Medium Enterprises.

The Micro, Small and Medium Enterprises occupies strategic importance in terms of output (about 45% of manufacturing output), exports (about 40% of the total exports) and employment (about 69 million persons in over 29 million units throughout the country) based on the Planning Commission, 2012. It is observed worldwide that as income increases the share of the informal sector decreases and that of the formal SME sector increases.

Worldwide Trends in the SME Sector

What is the Importance and role of MSMEs in the Indian Economy?

In India, capital is scarce and labour abundant. MSMEs are thought to have lower capital-output and capital-labour ratios than large-scale industries, and therefore, better serve growth and employment objectives. The MSME sector in India has grown significantly since 1960 – with an average annual growth rate of 4.4% in the number of units and 4.62% in employment (currently employing 30 million). Not only do MSMEs generate the highest employment per capita investment, but they also go a long way in checking rural-urban migration by providing people living in isolated areas with a sustainable source of employment.

Non-traditional products account for more than 95% of the MSME exports (dominating in the export of sports goods, readymade garments, plastic products etc.). Since these products are mostly handcrafted and hence eco-friendly, there exists a tremendous potential to expand the quantum of MSME led exports. Also, MSMEs act as ancillary industries for Large Scale Industries providing them with raw materials, vital components and backward linkages e.g. large scale cycle manufacturers of Ludhiana rely heavily on the MSMEs of Malerkotla which produce cycle parts.

MSMEs are instruments of inclusive growth which touch upon the lives of the most vulnerable and marginalized. For many families, it is the only source of livelihood. Thus, instead of taking a welfare approach, this sector seeks to empower people to break the cycle of poverty and deprivation. It focuses on people’s skills and agency. However, different segments of the MSME sector are dominated by different social groups.

Evolution and Performance of the MSME Sector in India 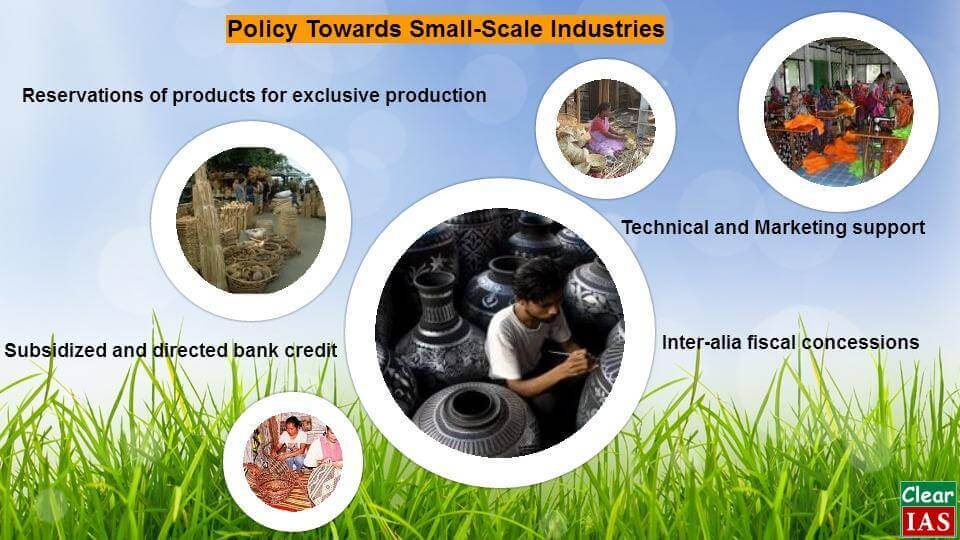 What are the challenges of MSME?

MSME sector is the second largest employer after agriculture in India. It provides employment to almost 111 million people.

There are around 6.3 crore MSME units in the country, with over 99% categorised as small units (as per original definition).

The sector contributes over 28% of the GDP and almost 45% to the manufacturing output.

The sector acts as the instrument of inclusive growth empowering the most vulnerable and marginalized groups.