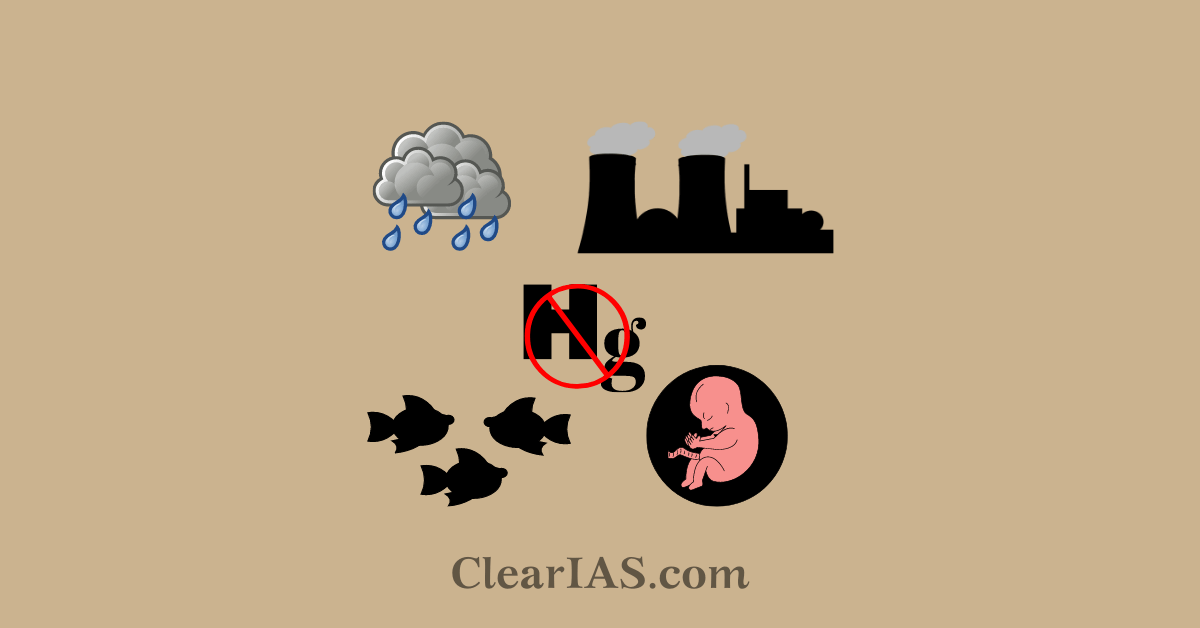 Minamata convention was the first global environmental agreement negotiated in the 21st millennium to address public health issues due to mercury. Read here to know about mercury pollution and the convention.

The Government of Indonesia as well as the United Nations has sought support and commitment from parties to the Minamata Convention for a Bali Declaration on combating Global Illegal Trade of Mercury.

The issue is being discussed at the second round of the fourth Meeting of the Conference of the Parties to the Minamata Convention on Mercury (COP-4.2).

The non-binding declaration calls upon parties to:

The Minamata Convention on Mercury is the most recent global agreement on environment and health. It was adopted in 2013 and entered into force on August 16, 2017.

A total of 137 parties or countries from Africa, Asia-Pacific, Eastern Europe, Latin America, the Caribbean, Western Europe, and other regions have been working together to control the supply and trade of mercury, reduce the use, emissions, and release of mercury, raise public awareness and build necessary institutional capacity since 2017.

Highlights of the Minamata convention:

The Global Environment Facility Trust Fund (GEF) is one of the two components of the financial mechanism of the Minamata Convention on Mercury, together with the Specific International Programme. Mercury is considered by WHO as one of the top ten chemicals or groups of chemicals of major public health concern.

Mercury is a naturally occurring element that is found in air, water, and soil.

Human activity is the main cause of mercury releases, particularly coal-fired power stations, residential coal burning for heating and cooking, industrial processes, waste incinerators, and as a result of mining for mercury, gold, and other metals.

Once in the environment, mercury can be transformed by bacteria into methylmercury. Methylmercury then bioaccumulates in fish and shellfish.

Methylmercury also biomagnifies, for example, large predatory fish are more likely to have high levels of mercury as a result of eating much smaller fish that have acquired mercury through ingestion of plankton

Exposure to even small amounts of mercury can cause serious health problems, and is a threat to the development of the child in utero and early in life.

People may be exposed to mercury in any of its forms under different circumstances:

Mercury can have toxic effects on the nervous, digestive, and immune systems, lungs, kidneys, skin, and eyes. Factors that determine whether health effects occur and their severity include:

The discharge included high concentrations of methylmercury. The bay was rich in fish and shellfish, providing the main livelihood for residents and fishermen from other areas.

For many years, no one realized that the fish were contaminated with mercury and that it was causing a strange disease in the local community and other districts. At least 50 000 people were affected to some extent and more than 2000 cases of Minamata disease were certified.

This episode of mercury poisoning was the inspiration behind the naming of the Minamata Convention on Mercury as well.

Minamata convention lays down the guidelines to reduce and prevent adverse health effects, including promoting clean energy, stopping the use of mercury in gold mining, eliminating the mining of mercury, and phasing out non-essential mercury-containing products.

Promote the use of clean energy: Burning coal for power and heat is a major source of mercury. Coal contains mercury and other hazardous air pollutants that are emitted when the coal is burned in coal-fired power plants, industrial boilers, and household stoves. Hence promoting cleaner energy is essential.

Eliminate mercury mining: Mercury is an element that cannot be destroyed; therefore, mercury already in use can be recycled for other essential uses, with no further need for mercury mining. Mercury use in artisanal and small-scale gold mining is particularly hazardous, and health effects on vulnerable populations are significant. Non-mercury (non-cyanide) gold-extraction techniques need to be promoted and implemented, and where mercury is still used safer work practices need to be employed to prevent exposure.

Mercury is contained in many products, including:

In 2009 WHO expert consultation concluded that a global near-term ban on amalgam would be problematic for public health and the dental health sector, but a phase down should be pursued by promoting disease prevention and alternatives to amalgam; research and development of cost-effective alternatives; education of dental professionals and the raising of public awareness.