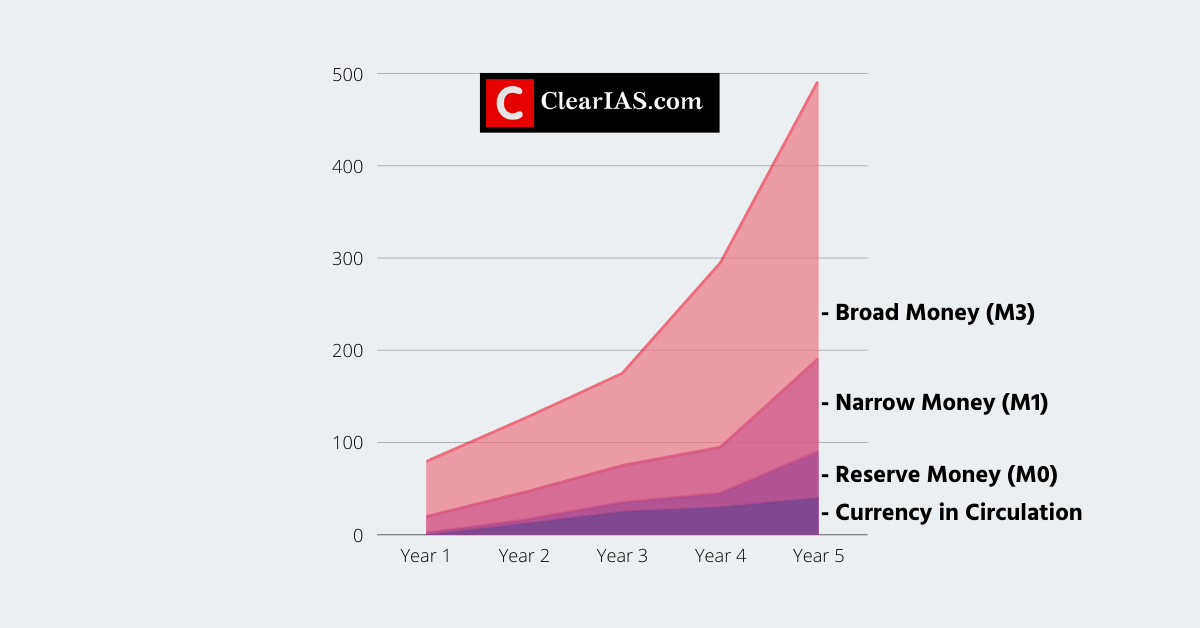 What is meant by Money Supply?

The money supply is the total value of money available in an economy at a point of time.

There is no uniform definition of money.

For different calculations, different components are included as ‘money’.

Money Supply can be defined as the money circulating in an economy.

As money supply is connected with ‘circulating money’, only the highly-liquid forms of money like currency and bank deposits are usually considered.

The money supply is the total stock of money circulating in an economy. In the most simple language, Money Supply is Currency in Circulation plus Deposits in Commercial Banks.

What is meant by ‘currency in circulation’?

It is the total value of the currency (coins and paper currency) that has ever been issued by the Reserve Bank of India minus the amount that has been withdrawn by it.

Currency in circulation (currency with the public) comprises of:

It is a major liability component of a central bank’s balance sheet.

In short, there are two types of money.

Note: In this article, we cover the Monetary Aggregates as per the old convention (M1, M2, M3, and M4). In the new convention, aggregates are represented as NM1, NM2, and NM3. This is covered in detail in the ClearIAS article on the new monetary aggregates.

In the most simple language, Reserve Money is Currency in Circulation plus Deposits of Commercial Banks with RBI.

A money multiplier is an approach used to demonstrate the maximum amount of broad money that could be created by commercial banks for a given fixed amount of base money and reserve ratio. 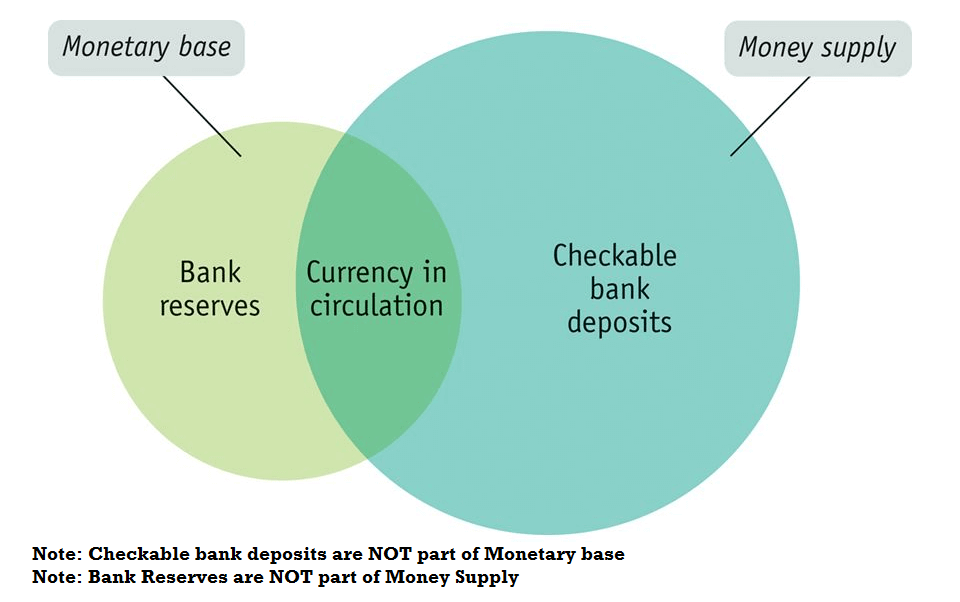 Reserve Money (Mo) is also called the monetary base. As mentioned earlier, it denotes the money of RBI. Mo includes Currency in Circulation and Bank’s Reserves.

Even though the money supply can be denoted either as M1 or M3, usually when we speak of money supply, we intend M3. M3 includes Currency in Circulation and Checkable Bank’s Deposits. 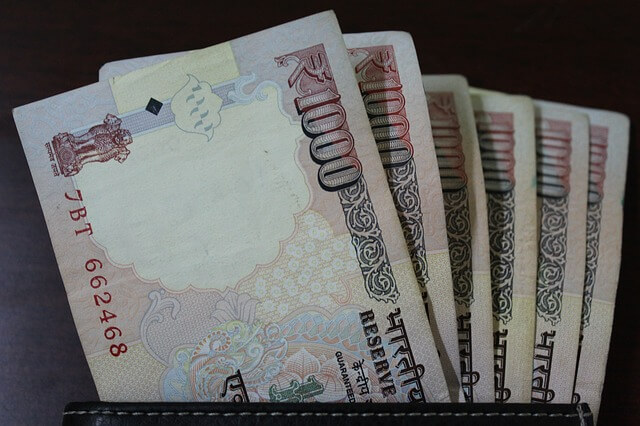 Did the government’s move to demonetise Rs 500 and Rs 1,000 currency notes improve the balance sheet of Reserve Bank of India (RBI)? To understand this scenario, we must learn the interplay of currency, reserve money and money supply.

When a currency note of a particular denomination ceases to be legal tender, the central bank’s liabilities are reduced to that extent and also the amount of currency in circulation declines.

On November 8, 2016 Government of India made Rs. 500 and Rs. 1000 notes invalid. This meant that Rs. 15.41 lakh crore worth of high-value legal tender was withdrawn from circulation.

But the demonetisation impact is neutralised when the demonetised currency is replaced with new accepted currency notes. You may note that, even if an individual chooses to park the cash as deposits with banks, it forms a part of the overall money supply.

The RBI report after demonetisation had mentioned that 99.3% of all demonetised currency returned to the banking system. The figure was 15.31 lakh crore.

This figure (Rs. 10000 crore) was only a nominal reduction in liability, offset by printing and transportation cost of the new currency, which led many experts to point out that the demonetisation experiment was a failure to curb black money. Many criticised the government that it over-estimated the black money in the country.

What if the demonetisation was a success? 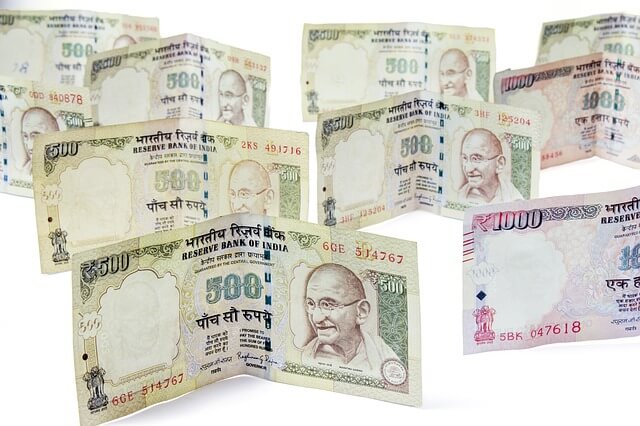 If there was a lot of black money in the country, and people choose not to declare and surrender their high-denomination currency notes, then RBI would have gained to the extent that its currency liabilities are lowered.

The gains it makes in the process could have been transferred to its reserves and then appropriated in its profit and loss account. This would have given it leeway to transfer higher amounts as dividends to the government.

However, this scenario didn’t happen.

Why is the currency in circulation a liability to RBI or government?

Let us examine what is the status of the currency we hold in our hands.

Section 26 of the Reserve bank of India Act 1934 (“RBI Act”) states as follows:
(1) Subject to the provisions of sub-section (2), every banknote shall be legal tender at any place in India in payment or on account for the amount expressed therein and shall be guaranteed by the Central Government.