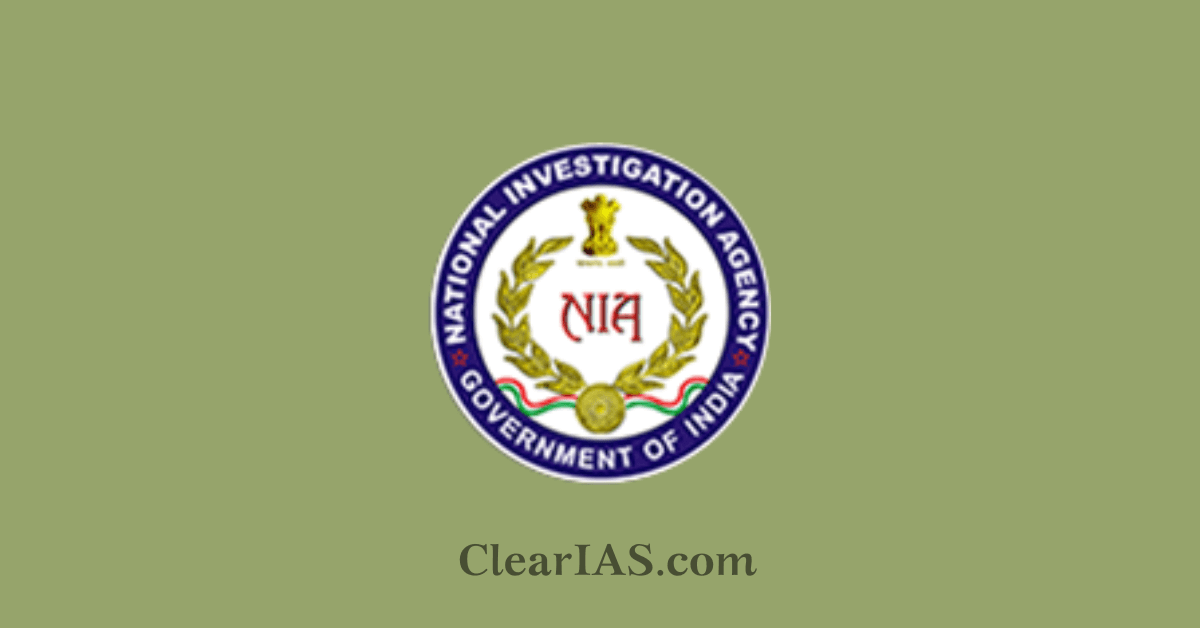 The National Investigation Agency (NIA) is the counter-terrorist task force of India. Read here to know more about the agency.

It functions under the aegis of the Ministry of Home Affairs.

The agency is empowered to deal with the investigation of terror-related crimes across states under written proclamation from the Ministry of Home Affairs without special permission from the states.

NIA is headquartered in New Delhi.

History of the National Investigation Agency

India has been the victim of large-scale terrorism sponsored from across the borders for some time.

A large number of such incidents are found to have complex inter-State and international linkages, and possible connection with other activities like the smuggling of arms and drugs, pushing in and circulation of fake Indian currency, infiltration from across the borders, etc.

The 26/11 Mumbai terror attacks in 2008 revealed the failure of intelligence and the inefficiency of the existing agencies.

Keeping all these in view, it was felt that there was a need for setting up of an Agency at the Central level for investigation of offences related to terrorism and certain other Acts, which have national ramifications.

It is a central agency to investigate and prosecutes offenses:

It implements international treaties, agreements, conventions, and resolutions of the United Nations, its agencies, and other international organizations.

The agency has been empowered with all the powers and privileges to conduct investigations under the various acts specified in the Schedule book of the NIA act.

State government authorities can request an investigation by NIA upon approval of the Central government within the limits of law specified under the NIA Act.

The central government can hand over cases for investigation to NIA anywhere in India and the officials involved in the handling of these cases are from the IPS and IRS cadre.

The agency needs sanction from the central government for the prosecution of the accused under the Unlawful Activities (Prevention) Act, 1967 (UAPA) and certain other scheduled offenses.

The NIA (Amendment) Bill, 2019 was passed by Parliament amending the original Act of 2008.

The Bill seeks to allow the NIA to investigate the following additional offences:

The amendment also expands the jurisdiction of NIA:

Various Special Courts have been notified by the Central Government of India for the trial of the cases registered at various police stations of the National Investigation Agency under Sections 11 and 22 of the NIA Act 2008.

Supreme Court of India has also been empowered to transfer the cases from one special court to any other special court within or outside the state.

The NIA Special Courts are empowered with all powers of the court of sessions under the Code of Criminal Procedure, 1973 for the trial of any offense.