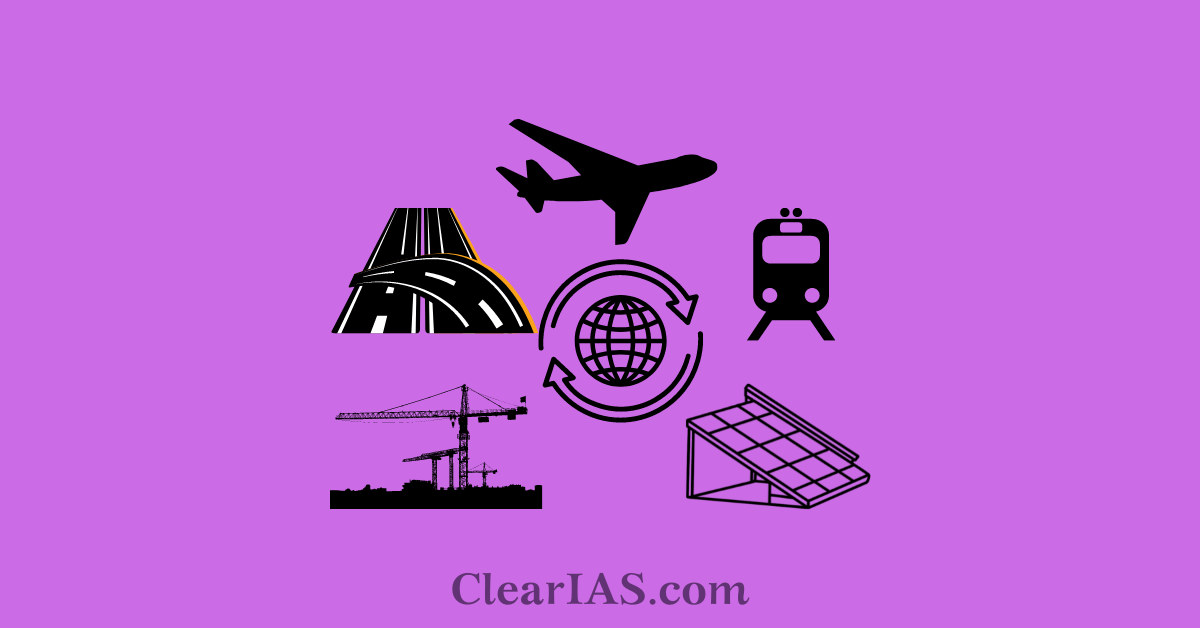 The government of India had launched the National Monetisation Pipeline (NMP) in August 2021. Read here to know more about NMP.

Government of India needs revenue to fund various initiatives. From where does the revenue come from? Can there be new sources other than tax revenue?

Yes, there are certain assets of Indian Government which can be montized. For example, Public Sector Enterprises like LIC.

The National Monetisation Pipeline (NMP) estimates an aggregate monetization potential of Rs 6 lakh crores through core assets of the Central Government, over a period of four years from FY 2022 to FY 2025.

What is National Monetisation Pipeline (NMP)?

NITI Aayog has developed the pipeline, in consultation with infrastructure line ministries, based on the mandate for ‘Asset Monetisation’ under Union Budget 2021-22.

It aims to unlock value in brownfield projects by engaging the private sector.

The revenue rights will be transferred to them but not ownership in the projects. The funds generated will be used for infrastructure creation across the country.

The plan is in line with Prime Minister’s strategic divestment policy, under which the government will retain a presence in only a few identified areas with the rest tapping the private sector.

The National Monetisation Pipeline is announced to provide a clear framework for monetisation and give potential investors a ready list of assets to generate investor interest.

Union Budget 2021-22 has identified the monetisation of operating public infrastructure assets as a key means for sustainable infrastructure financing.

As of now, only assets of central government ministries and Central Public sector enterprises (CPSEs) in infrastructure sectors have been included.

Roads, railways, and power sector assets will comprise over 66% of the total estimated value of the assets to be monetized.

Note: The Gati Shakti scheme will subsume the National Infrastructure Pipeline that was launched in 2019.

In a monetisation transaction, the government is basically transferring revenue rights to private parties for a specified transaction period in return for upfront money, a revenue share, and commitment of investments in the assets.

These are also listed on stock exchanges, providing investors liquidity through secondary markets as well.

While these are structured financing vehicles, other monetisation models on Public-Private Partnership (PPP) basis include:

It refers to investment in a manufacturing, office, or other physical company-related structure or group of structures in an area where no previous facilities exist.

The projects which are modified or upgraded are called brownfield projects. The term is used for purchasing or leasing existing production facilities to launch a new production activity.

There is a need for an efficient dispute resolution mechanism, which is one of the key aspects of such a wide-ranged plan.

The success of the infrastructure expansion plan would depend on other stakeholders playing their due role; hence all the strata should be duly considered and be given opportunities.

The State governments and their public sector enterprises and the private sectors should be able to work together through healthy competition.

A high-Powered Intergovernmental Group can be set up as recommended in the 15th finance commission to re-examine the fiscal responsibility legislation of the Centre and States.