The Teesta river dispute makes headlines every time there is a bilateral talk between India and Bangladesh. The dispute is regarding water sharing of River Teesta. Bangladesh wants a higher share than it gets now. Currently, its share is lower than that of India’s.

Teesta River – States it pass through 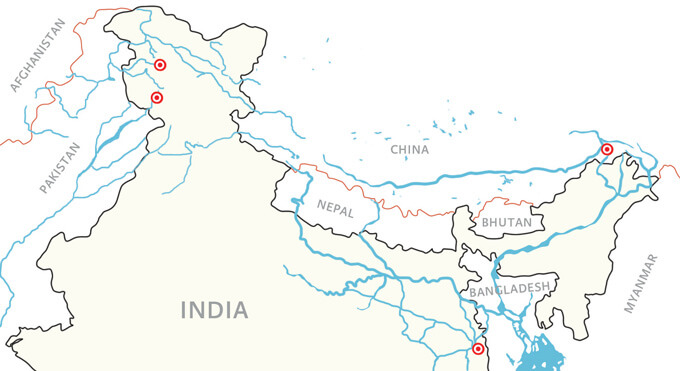 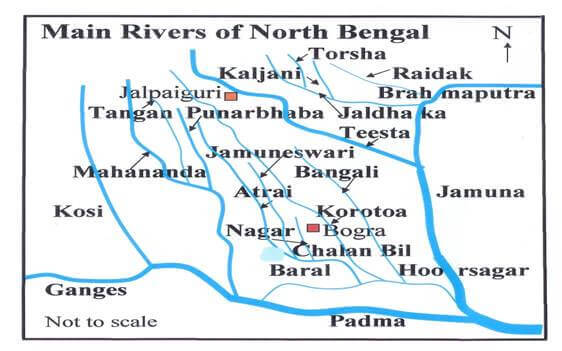 Importance of Teesta River to Bangladesh and West Bengal

According to the report of Asian Foundation in 2013, its flood plain covers about 14% of the total cropped area of Bangladesh and provides direct livelihood opportunities to approximately 73% of its population.

Teesta is the lifeline of North Bengal and almost half a dozen of districts of West Bengal are dependent on the waters of Teesta.

Teesta River Dispute – The Timeline of the Negotiation Events 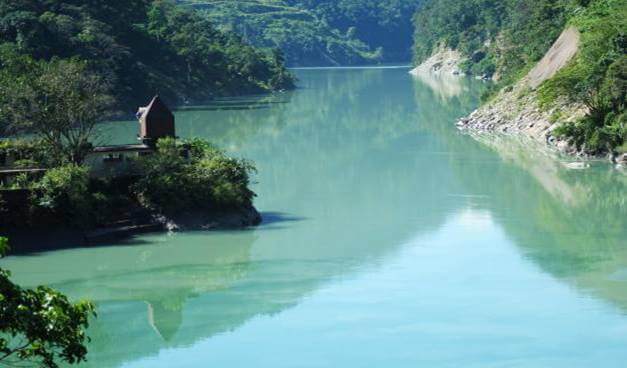 The negotiations on how to share the water have been going on since 1972.

Note: However, West Bengal and Sikkim opposed an interim deal, since then the deal was shelved and remains unsigned due to the objections of West Bengal.

The federal angle of the Teesta River Issue 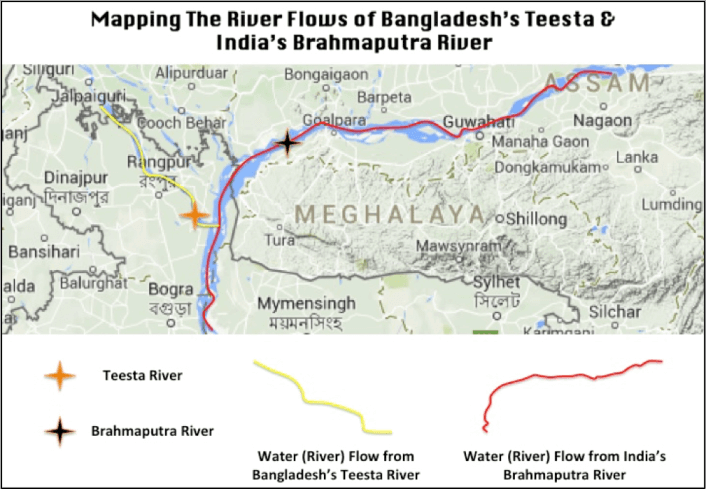 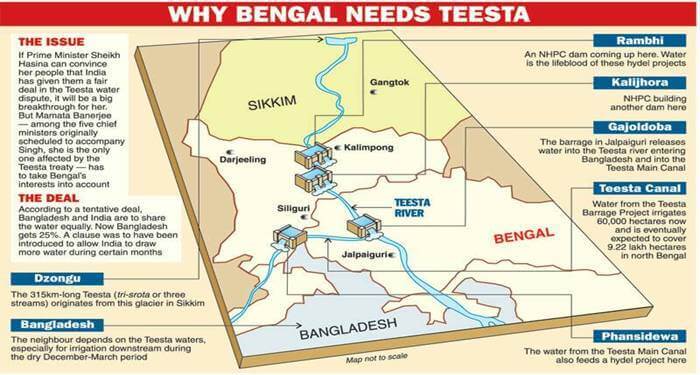