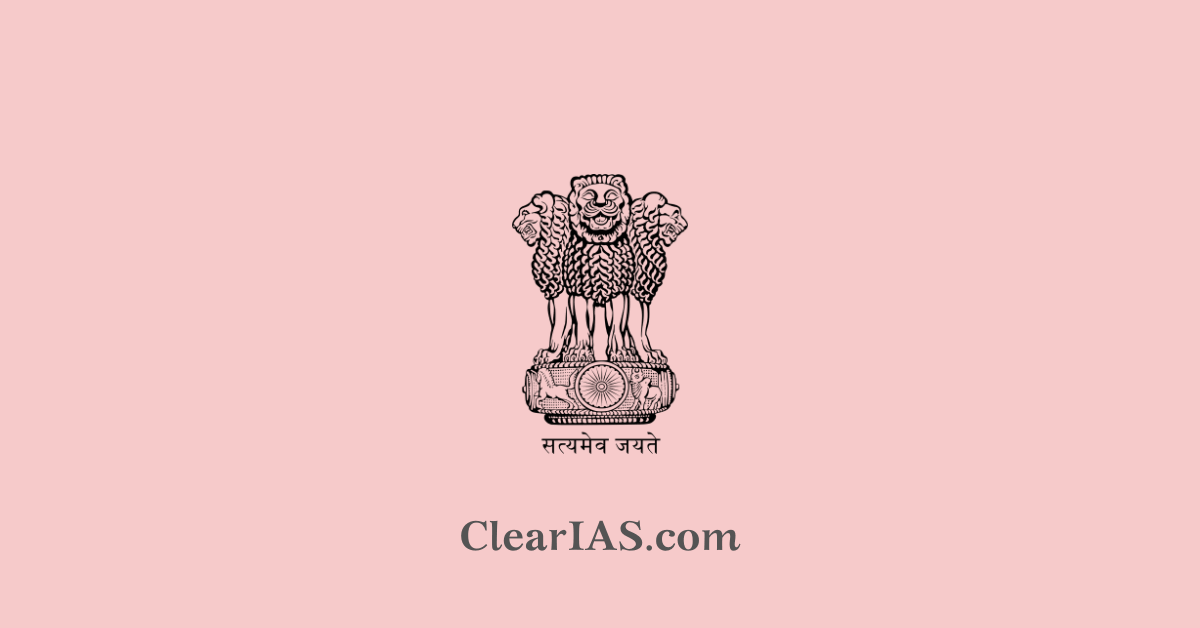 Through this amendment, the earlier known National Commission for Scheduled Castes and Scheduled Tribes was replaced by two separate Commissions namely:

The Union and every State Government shall consult the Commission on all major policy matters affecting Scheduled Tribes.

The conditions of service and tenure of office of the Chairperson, Vice-Chairperson, and other members so appointed shall be such as the President may by rule determine.

The Chairperson, Vice-Chairperson, and other Members of the Commission are appointed by the President by warrant under his hand and seal.

The term of office of the Chairperson, Vice-Chairperson, and each member is three years from the date of assumption of charge of the office.

The Chairperson, Vice-Chairperson, and other Members are not eligible for appointment for more than two terms.

The Chairperson, the Vice-Chairperson, and the Members shall be appointed from persons of ability, and integrity and have had a record of selfless service towards the Scheduled Tribes.

Subjects of the provision related to the persons of NCSTs:

The Chairperson, Vice-Chairperson, and other Members must address their resignation to the President in writing under his hand.

Removal of the Chairperson of NCSTs

The Chairperson shall be removed from the office by the order of the President.

The removal can be done only on the ground of Misbehaviour.

The President can remove the Chairman on the ground of Misbehaviour after Supreme Court inquires into the matter with the procedure prescribed under article 145 of the constitution.

President may by order remove the chairperson from office if the Chairperson:

Removal of Vice-Chairperson or Members of NCSTs

President shall remove a person from the office of Vice-Chairperson or Members if he/she:

The constitution has provided several safeguards:

Art. 15(4): Special provisions for the advancement of other backward classes (which includes STs).

Art. 29: Protection of Interests of Minorities (which includes STs).

Art. 46: The State shall promote, with special care, the educational and economic interests of the weaker sections of the people, and in particular, of the Scheduled Castes, and the Scheduled Tribes, and shall protect them from social injustice and all forms of exploitation.

Art. 23: Prohibition of traffic in human beings and beggars and another similar form of forced labor.

Art.244: Provisions of the Fifth Schedule shall apply to the administration & control of the Scheduled Areas and Scheduled Tribes in any State other than the states of Assam, Meghalaya, Mizoram, and Tripura which are covered under the Sixth Schedule.

Art. 275: Grants in-Aid to specified States covered under Fifth and Sixth Schedules of the Constitution.

Art. 330: Reservation of seats for STs in Lok Sabha.

Art. 337: Reservation of seats for STs in State Legislatures.

Art. 243: Reservation of seats in Panchayats.

Art. 371: Special provisions in respect of NE States and Sikkim.

Functions of the NCST

It shall be the duty of the Commission:

To examine and keep track of all issues relevant to the safeguards provided to the Scheduled Tribes under this Constitution or by a government mandate, as well as to assess how well these protections are functioning.

To look into particular complaints regarding the Scheduled tribes’ deprivation of protections and rights.

To assess the status of the Scheduled Tribes’ socioeconomic development under the Union and any State, and to participate in and provide advice on the planning process.

To submit a report to the President every year and at other times as the Commission may deem appropriate, regarding the implementation of safeguards and other measures necessary for the successful implementation of programs and schemes dealing with the welfare and socio-economic development of STs.

To carry out whatever further duties the President may see necessary for the protection, welfare, development, and progress of the Scheduled tribes, subject to the provisions of any law made by Parliament by rule specify.

Powers of the NCST

The Commission shall have the power to regulate its own procedure.

The Commission is vested with the powers of a civil court for any kind of investigation and inquiry, having authority to: