The spill has also underscored the incapacity of the state to handle such incidents and has raised many questions regarding our disaster management techniques. It points that it is high time for India to have a working contingency plan to handle such future incidents.

Chennai Oil Spill: Was it the first instance of the oil spill in India? 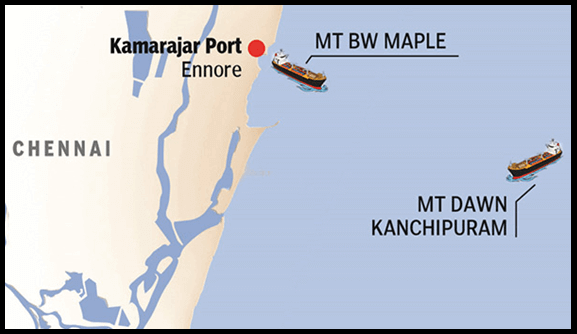 The answer is NO. There were many other incidents in the past as given below.

What are the main causes of Oil Spills?

The common causes of oil spills are as following:

What are the major impacts of Oil Spill? 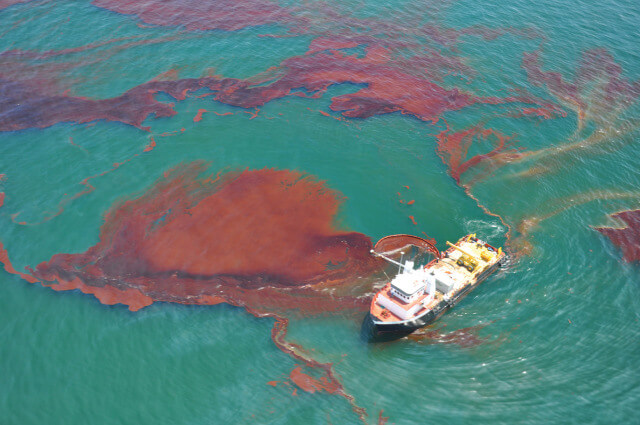 Is there a law in India which cover an Oil Spill Disaster?

The salient features are:

The NOS-DCP was revised in 2015 to meet international standards.

The government agencies often pass the blame and responsibility to each other when asked about fixing liability and accountability. 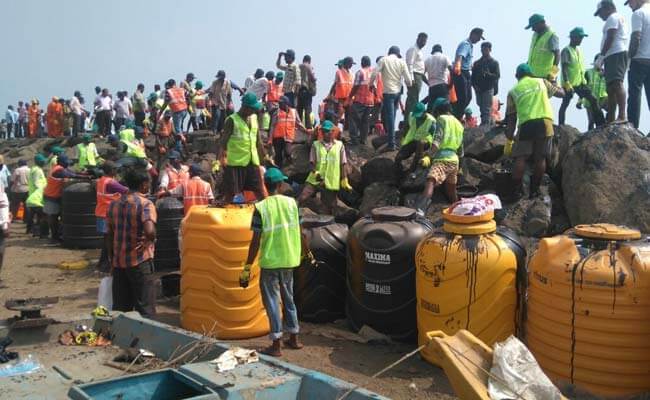 What are the problems faced in the oil-remedial processes? The problems with oil-remedial processes are as following:

What are the available technological solutions?

What is the aftermath of the Oil Spill accident?

With increased trade and energy demand in future, there is always some possibility of such disasters and India can provide such services on demand making it an area of expertise and gaining soft power.

The Chennai oil spill incident raises many questions. The true extent of the damage to the ecology and economy will be known only after some time. But it is apparent from the disarray that works done seems far from a contingency plan. The Indian government is endeavouring to increase its port capacity and connectivity through various schemes like Sagal Mala Yojana but disaster preparedness of ports remains in shadows.

There is an urgent need to increases preparedness for handling the responsibility that comes with large-scale coastal development and operations. To prevent such disaster in future, we need contingency plan which can work on the ground too and not just in papers. The government of India and state government must coordinate and take hard steps for betterment. In the future, we need good management and credible timely information to manage the situations and thus minimising the exposure to an oil spill.