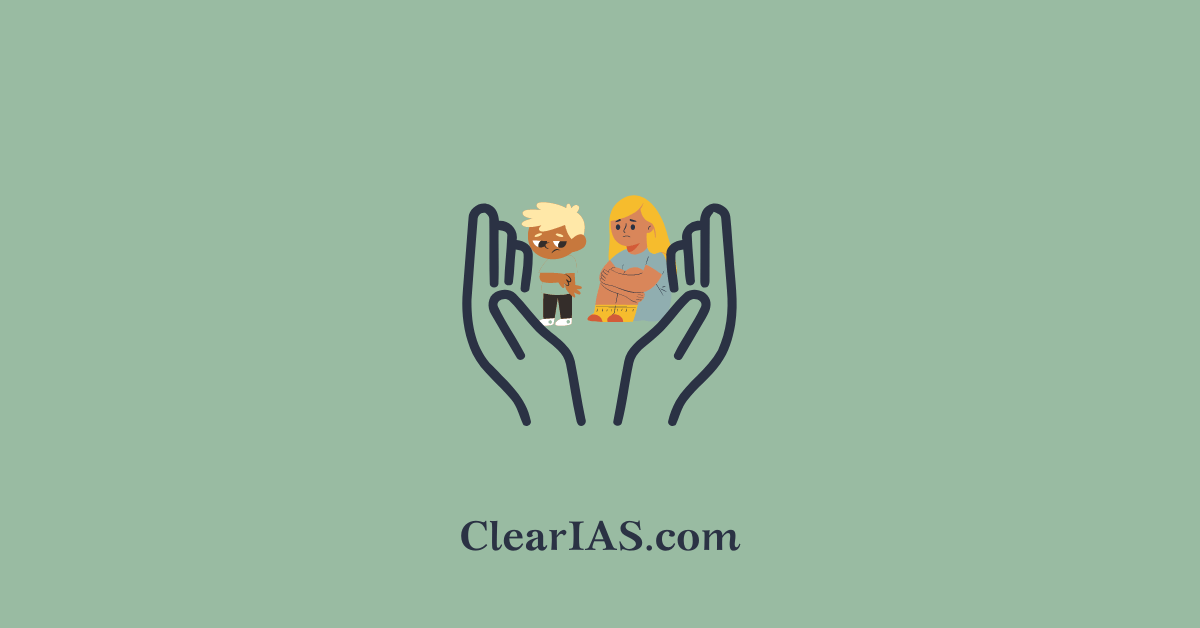 The Central Bureau of Investigation (CBI) carried out searches Operation with the code name ‘Megh Chakra’, in 21 states/Union Territory in relation to the sharing and dissemination of Child Sexual Abuse Material (CSAM) online.

Information at hand shows that the Singapore unit received field inputs from the New Zealand Police, which were then sent to India via Interpol.

The CBI operation was targeted at cloud storage services that peddlers used to distribute audio-visual content of illegal sexual activity with children.

More than 50 suspects’ electronic gadgets, including computers and mobile phones, were found during the search operation.

Moreover, there is reported to be a significant amount of CSAM present in a number of electronic devices, according to the preliminary examination of these using cyber forensic tools.

A similar operation by CBI named “Operation Carbon” was conducted in November 2021.

In India, it is not illegal to view adult content in private (Supreme Court in 2015 case).

However, the IT Act makes it illegal to look for, browse, download, or exchange child pornography.

In particular, CSAM refers to the creation, sharing, and ownership of photos or movies that have explicit or offensive content involving children.

The phrase “child pornography” misrepresents the genuine nature of the content and underplays how terrible the abuse is from the perspective of the child.

The term “pornography” is typically used to refer to content that is distributed for the goal of sexual gratification and shows adults engaging in consensual sexual activity. When applied to minors, this phrase carries the danger of normalizing, demeaning, and even legalizing child sexual abuse and exploitation.

Child pornography implies consent, which a child is unable to offer in a legal sense.

The CBI is the nodal agency for Interpol’s International Child Sexual Exploitation (ICSE) image and video database, which enables investigators from countries involved to exchange information on incidents of child sexual abuse.

To combat an online fight to save children from CSAM, CBI has taken various initiatives over the year. A few important of them are-

Under its Special Crime Zone, the Central Bureau of Investigation has established an Online Child Sexual Abuse and Exploitation (OCSAE) Prevention/Investigation Unit.

The territorial jurisdiction of the unit would be throughout the country.

investigation of such offenses covered by provisions of the Indian Penal Code (IPC) (1860), the Protection of Children from Sexual Offences (POCSO) Act 2012, and the Information Technology Act 2000 (21 of 2000), if applicable, as well as under other Laws of the land.

The agency conducted a similar exercise in November 2021 under the code name “Operation Carbon,” in which suspects were raided in 13 States and one Union Territory. The CBI subsequently registered roughly 20 cases involving more than 80 people.

What are the Consequences of Child Abuse?

Sexual abuse of children can have a lifetime impact on a person’s thoughts, behaviors, and emotions. Consequences on one’s physical, mental, and behavioral health could be both short- and long-term.

A person’s likelihood of being victimized in the future can also rise after experiencing child sexual abuse. For instance, current research has discovered:

Article 15(3) of the Indian Constitution states that the state must make special arrangements for children. In Article 39 of Part IV of the Constitution, the state is required to uphold its policy (among other things) to prevent child abuse;

POCSO, an initiative of the government to combat child sexual abuse

The POCSO Act was passed in 2012 under the Ministry of Women and child development to address the crimes of sexual abuse and sexual exploitation of children through strict legal provisions.

This Act addresses numerous offenses including penetrative, pornographic, and non-contact sexual abuse, and provides punishment for the same.

Additionally, it lays up a clause for compensating a child victim.

According to the Act, every offense committed against a child in violation of the POCSO Act must be reported. One is expected to report such an offense when one becomes aware of it because neglecting to do so will result in action being taken against them.