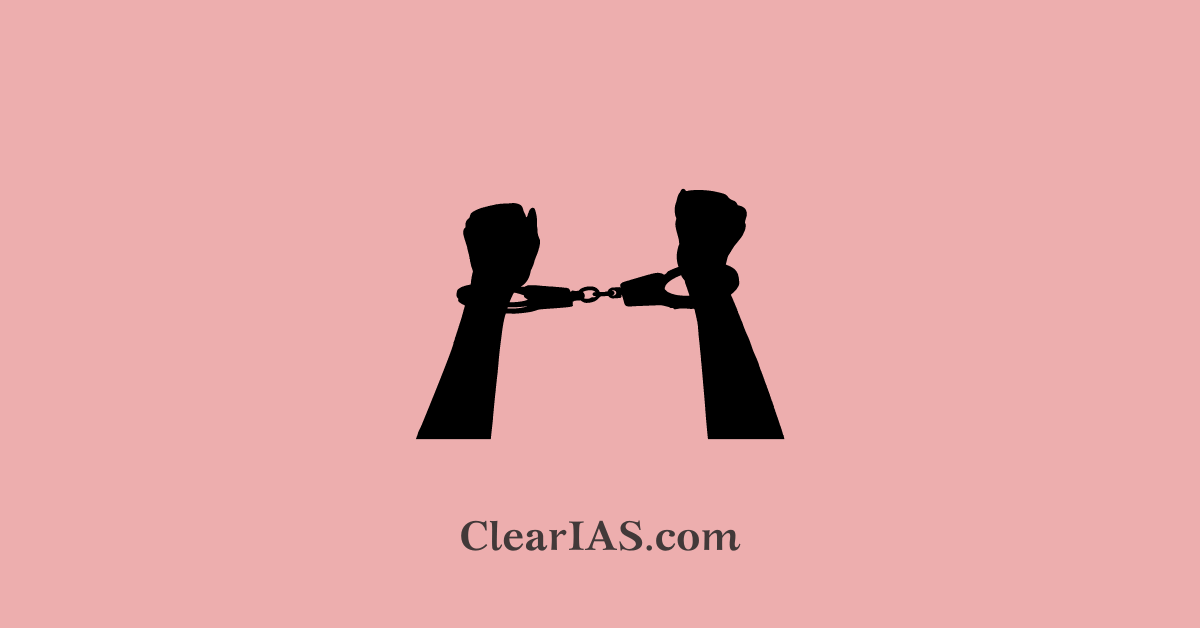 What are the pardoning powers of the President and how does the President exercise it? To clear all doubts, read further to know more.

Under the Indian Constitution, Article 72 empowers the President to grant pardons to persons.

Pardoning Powers of the President

The President grants pardons to persons who have been tried and convicted of any offense in all cases where the:

Why President is Conferred with Pardoning Power?

There are twofold reasons for conferring this power on the President:

When President can Exercise Pardoning Power?

The power of the President under Article 72 of the Constitution to grant emission to a convict has to be exercised on the advice of the Council of Ministers (UoI vs Sriharan 2016 Case).

The pardoning power of the President includes the following:

Pardon: It removes both the sentence and the conviction and completely absolves the convict from all sentences, punishments and disqualifications.

Remission: It reduces the period of the sentence without changing its character e.g. a sentence of imprisonment for 1 year may be remitted to 6 months.

Respite: It means awarding a lesser sentence instead of one originally awarded due to some special fact, e.g. the physical disability of a convict or the pregnancy of a woman offender.

Reprieve: It implies a stay of the execution of a sentence (especially that of death) for a temporary period. Its purpose is to enable the convict to have time to seek pardon or commutation from the President.

Difference Between Pardoning Power of President and Governor

The Constitution, under Article 161 provided that the governor of a state also possesses the pardoning power.

Hence, the governor of a state can also grant pardons, reprieves, respites and remissions of punishment or suspend, remit and commute the sentence of any person convicted of any offence against state law.

The pardoning power of the governor differs from that of the President in the following two respects:

Principles Laid Down by Supreme Court Related to Pardoning Powers

The Supreme Court examined the pardoning power of the President under different cases like Kehar Singh’s Case and Maru Ram’s Case, and laid down the following principles:

The Court can interfere only where the Presidential decision is wholly irrelevant to the object of Article 72 or is irrational, arbitrary, discriminatory or mala fide. The power exercised under Article 72/161 of the Constitution can be subjected to limited judicial review. This power of clemency is to be exercised cautiously and in appropriate cases, which in effect, mitigate the sentence of punishment awarded and which do not, in any way wipe out the conviction.

The fact that no time limit is prescribed to the President/Governor for disposal of the mercy petition. The government is required to work in a more systematised manner to repose the confidence of the people in the institution of democracy and as such the Supreme Court suggested the government to render its advice to the President within a reasonable time so that the President is in a position to arrive at a decision at the earliest.