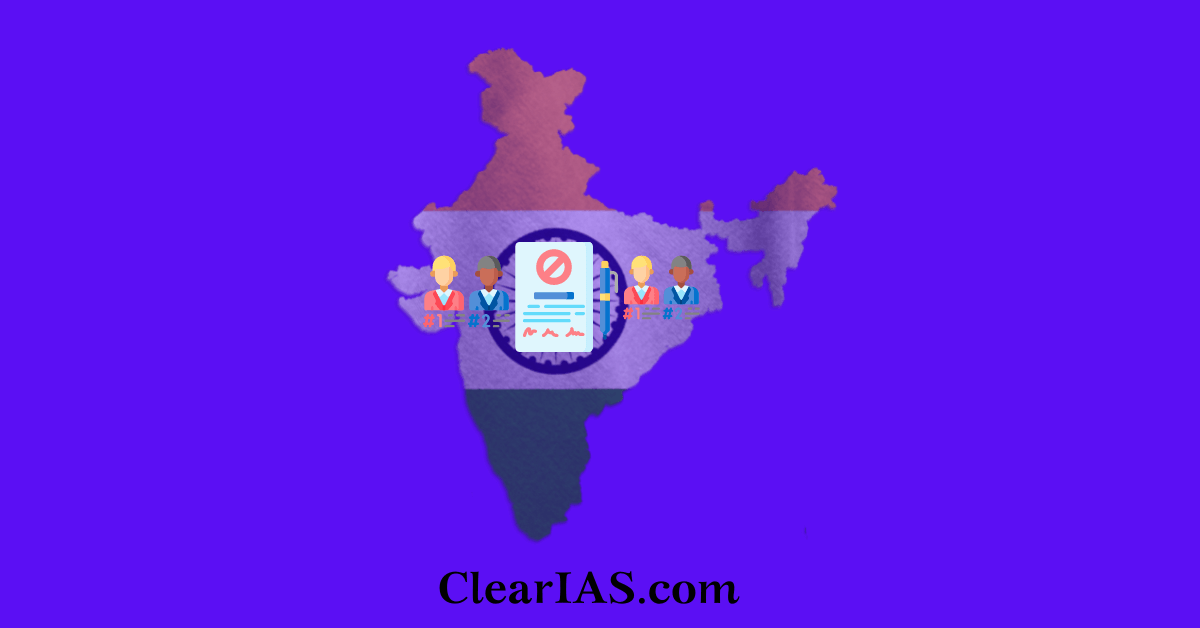 The Election Commission of India (ECI) registers political parties for election purposes and recognises them as national or state parties based on their poll performance.

The remaining parties are simply designated as registered-unrecognized parties.

According to the Representation of the People Act of 1951, registered political parties can gain recognition as a ‘State Party’ or a ‘National Party’ over time.

What are Political Parties?

In modern democratic states, there are four types of political parties

There are three kinds of party systems in the world:

(i) The one-party system, in which there is only one party in power and no room for an opposition group. One-party systems, such as the Soviet Union, are examples.

(ii) A two-party system based on the existence of two major parties. Consider the Democrats and the Republicans in the United States.

Aim: They keep the public informed about those who speak for them in both the government and the opposition.

Constitutional Status: Political parties continue to be the backbone of Indian politics despite being extra-constitutional.

How many political parties are in India?

Several hundred political parties are officially registered in India as of 2021. However, there are significantly fewer parties that are actually active and have a sizable presence at the federal or state level. There are currently 7 recognised national parties and 49 recognised state parties in India, according to the Election Commission of India.

The seven recognized national parties in India are:

Numerous other lesser-known parties also participate in elections at the federal, state, and local levels in addition to these officially recognised ones. While some of these parties are based on particular ideologies or areas, others are concentrated on particular communities or groups.

It’s important to remember that India has a multi-party system, which prevents any one party from winning a majority on its own and frequently results in coalition governments being formed after elections.

Eligibility For Status Of Political Party

A party is recognized as a State Party if any of the following requirements are met:

A party is recognized as National Political Party (NPP) if a full fills any of the following conditions:

Functions Of Political Parties In India

Additionally, political parties in India play a crucial role in shaping public opinion and influencing the political discourse in the country. They also serve as a means for citizens to express their views and participate in the democratic process.

In India, political parties are essential to the operation of the democratic system. The political landscape of the nation is, however, beset by a number of problems. In order to guarantee intra-party democracy and financial transparency, it is past time to de-communalize political parties and constitutionalize them.

No single party can win a majority in India’s multi-party system on its own, and coalition governments are frequently formed after elections. This factor is a significant contributor to democracy in the nation.