Supreme Court of India has recently passed many important judgments that transformed India.

What is a Special Leave Petition (SLP)? SLP is a petition seeking special permission (leave) from Supreme Court to appeal against a judgment passed in any of the lower courts or tribunals in India. SLP is not an appeal but a petition filed for an appeal.

The Supreme Court may accept or reject the same.

Special leave to appeal is filed before the Supreme Court under Article 136 of the Constitution.

Can High Court review its order if SLP is rejected by the Supreme Court?

The dismissal of an SLP against an order or judgment of a lower forum is not an affirmation of the same.

High Courts can still review its own judgment even if the SLP is rejected by the Supreme Court.

What is a Review Petition? The review petition is a petition in which it is prayed before the Court of law to review its order or judgement which it has already pronounced.

The Court may accept a review petition when a glaring omission or patent mistake or like grave error has crept in earlier by judicial fallibility.

When a review takes place, the Court will not take fresh stock of the case but just correct grave errors that have resulted in the miscarriage of justice. Also, judicial review can only correct a “patent error” and not “minor mistakes of inconsequential import”.

Under Article 137 of the Constitution of India and the rules made under Article 145, the Supreme Court of India has the power to review its judgment pronounced by it.

As per Supreme Court rules, a review petition is to be filed within 30 days of the pronouncement of judgment or order and that petition should be circulated without oral arguments to the same bench that delivered the judgment.

Who can file a review petition?

No oral arguments by lawyers except in death penalty cases

Review petitions would ordinarily be entertained without oral arguments by lawyers. It is heard “through circulation” by the judges in their chambers.

In exceptional cases, the court allows an oral hearing. In a 2014 case, the Supreme Court held that review petitions in all death penalty cases will be heard in open court by a Bench of three judges.

Who hears the review petitions?

Review petitions are heard, as far as practicable, by the same combination of judges who delivered the order or judgment that is sought to be reviewed. If a judge has retired or is unavailable, a replacement is made keeping in mind the seniority of judges.

Should the Court allow every review petition?

Usually, the court allows a review petition only when it shows the grounds for seeking the review.

Grounds for seeking a review of a judgment

Note: In the Union of India v. Sandur Manganese & Iron Ores Ltd case (2013), the court laid down nine principles on when a review is maintainable. The court held that a review is by no means an appeal in disguise whereby an erroneous decision is reheard and corrected but lies only for patent error.

Examples of review petitions recently in the news

Supreme Court agreed to review its Sabarimala verdict but refused to do so in the Rafale case.

What if a review petition fails?

The Supreme Court’s is the court of last resort. Its verdict should never result in a miscarriage of justice. To prevent the abuse of its process, the court itself evolved the concept of a curative petition, which can be heard after a review is dismissed.

What is a Curative Petition? 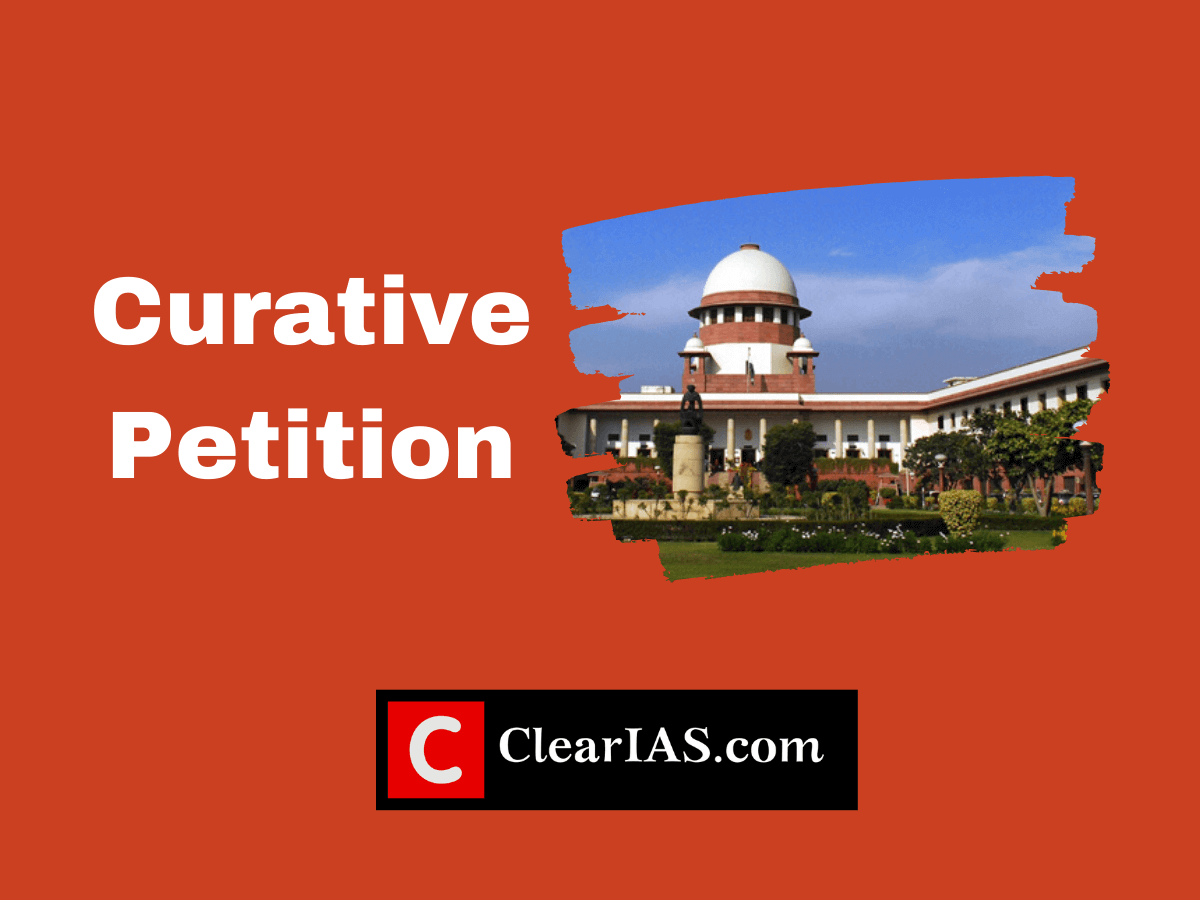 A curative petition is a judicial innovation and a new concept in the Indian legal system.

It is the last and final resort to the judicial remedy of any grievances which is not normally given an open-court hearing.

The origin of curative petitions

The concept originated from the 2002 case of Rupa Ashok Hurra Vs. Ashok Hurra and Anr. over the question whether an aggrieved person is entitled to any relief against the final judgment/order of the Supreme Court after the dismissal of a review petition.

The court used the Latin maxim “actus curiae neminem gravabit”, which means that an act of the court shall prejudice no one. Thus, it applies when the court is bound to undo a wrong done to a party by the act of court itself.

The Supreme Court held that it may reconsider its judgements in order to prevent abuse of its process and to cure gross miscarriage of justice.

Curative Petition is also supported by Article 137 of the Indian Constitution.

A curative petition is needed to provide a final recourse of correcting any errors in judgement where technical difficulties or other apprehensions over reopening a case prevents from reviewing judgements.

Who hears the curative petitions?

Curative petitions are heard by the top three judges including the Chief Justice of India plus the judges who dismissed the review petition.

Supreme Court has laid down some specific conditions to entertain curative petitions:

What is a Mercy Petition? 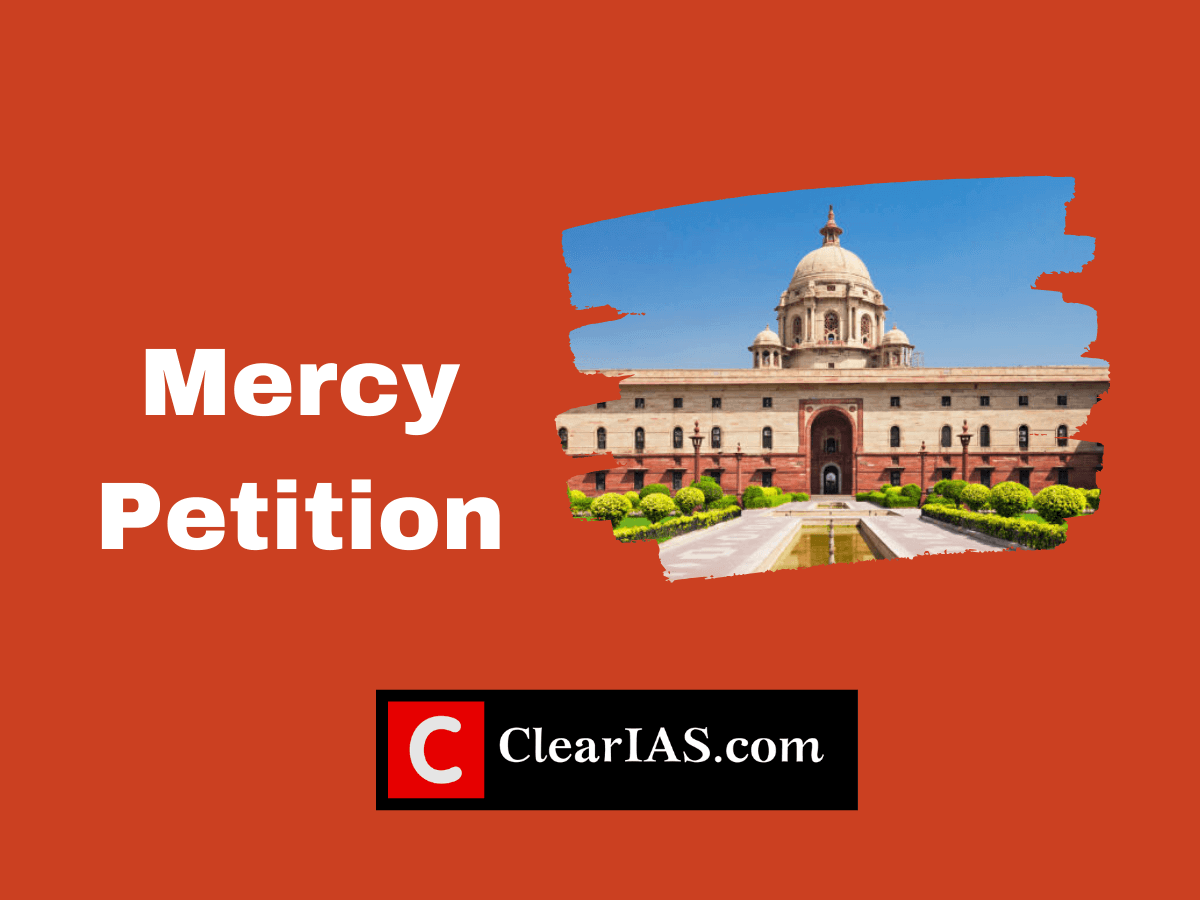 Mercy Petition is the last resort of a person when all the remedies available to him/her under the prevailing laws and the Constitution are exhausted.

Even though the mercy petition is filed before the President or the Governor of the state, practically, the decision on the petition is taken by the Council of Ministers (CoM).

The petition will be treated on mercy and not on the legality of the case.

However, any arbitrary decision on mercy pleas, including rejection, by the President of India or Governor can be questioned in the Court.

A mercy petition is the last resort available to a convict having death sentence after all legal and judicial remedies like review and curative petitions are exhausted.

For seeking mercy petition, the death sentence by a trial court must be confirmed by the High Court. Then the convict has an option to appeal to the Supreme Court.

If the Supreme Court either refuses to hear the appeal or upholds the death sentence, then the convict or his relative can submit a mercy petition to the President of India (Articles 72) or the Governor of the State (161).

Grounds upon pardon can be sought

In a mercy petition, the person concerned is required to state the grounds upon pardon is sought.

These grounds may not be worth considering from a legal point of view.

But the grounds such as being the only bread earner of the family, the physical condition of the convict, age or the court committing a mistake or error inadvertently have value while consideration by the President.

Supreme Court in the Kehar Singh v Union of India 1988 case held that the grant of pardon by the President is an act of grace and cannot be claimed as a matter of right.

There is no written procedure for dealing with mercy petitions.

A convict under the sentence of death is allowed to make the petition within a period of seven days after the date on which the Superintendent of jail informs him about the dismissal of the appeal by the Supreme Court.

The petitions are received by the President’s secretariat on behalf of the President, which is then forwarded to the Ministry of Home Affairs for seeking the advice of the Cabinet.

The Home Ministry in consultation with the concerned State Government discusses the merits of the petition and tenders its advice to the President, on behalf of the Council of Ministers.

The President can return the recommendation only once for reconsideration. If no change is made, the President has to sign his assent.

The Constitution doesn’t specify any time-limit within which a mercy petition has to be decided. 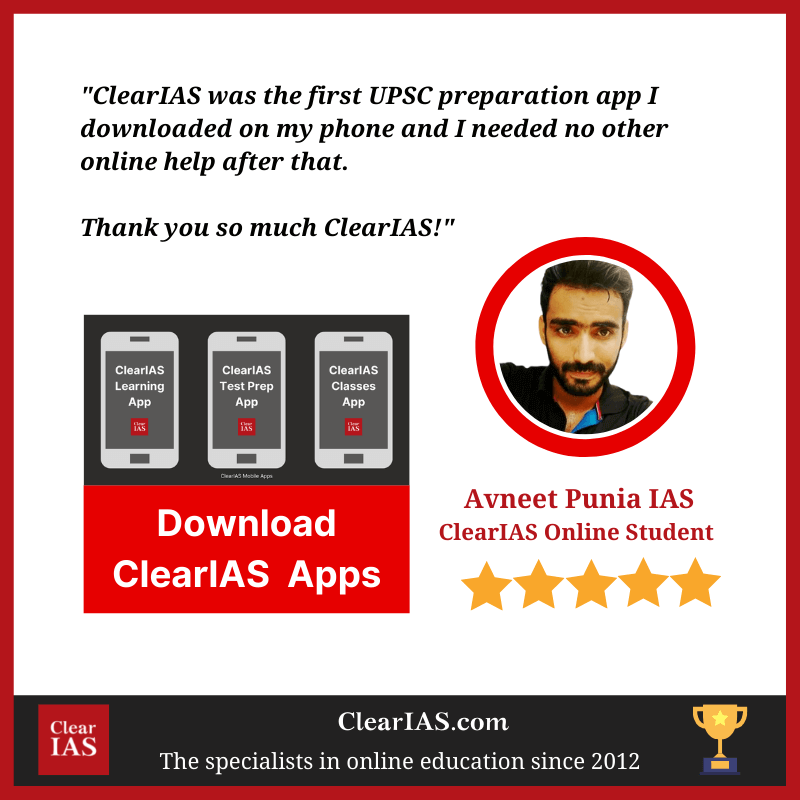 Need for a Standard Procedure while handling Mercy Petition

There is no guideline or written procedure that the government or the President is bound by while processing mercy petitions.

There is no opportunity of a personal hearing before the authorities and as a result, all relevant information may not be made available.

Under the present scheme, there exists a possibility of two persons being treated differently despite having the same grounds, i.e. one person getting relief and another being denied for cases of similar nature.

No prescribed procedure indicates the possibility of arbitrary exercise of power and consequent discrimination. This is in contravention to Articles 21 and 14 of the Constitution.

In the absence of any standard procedure, there is no specific time-limit to decide mercy petitions.

There are instances of mercy petitions lying undecided with the President for over a decade.

In some cases, the convicts were able to take advantage of the delay and get their death sentences remitted on this ground.

International Convention on Civil and Political Rights (ICCPR), of which India is a party to, has provisions against torturous, cruel, inhuman and degrading treatment or punishment.

Inordinate and unreasonable delay in execution of death sentence amounts to torture as expounded by the Supreme Court in the Shatrughan Chauhan vs Union of India case.

The ICCPR also establishes the right to life as an inherent, inalienable right that cannot be taken away arbitrarily.

Universal Declaration of Human Rights preserves equality of all persons before the law and equal protection of the law.

Any discriminatory treatment due to lack of procedure or otherwise stands in violation of these international standards.

While each case is unique, there is a need for a prescribed procedure on handling mercy petitions to remove arbitrariness and to specify definitive grounds for considering relief. Specifying a time limit for disposing of mercy petitions is also needed to allay the apprehensions of both convicts and victims.

Examples of Mercy Petitions recently in the news

Recently the President rejected the mercy petition of one of the convicts of Nirbhaya case. This comes after a Delhi court stayed the death sentence of four convicts for the third time observing that they cannot be executed while a mercy petition is pending before the President.

While the decisions of the lower courts can be reviewed under various articles of the Constitution, a provision for the apex court to review an order passed by them is much needed as a final measure of correcting judicial errors. However, various legal remedies available, including a review of the rejection of mercy petition, are now being used to effectively delay the implementation of the verdict.

In this context, it is essential to arrive at a balance between speedy justice and following just and reasonable procedures. Certain aspects like specifying the time within which review and curative petitions are to be filed, prescribing procedures that avoid duplication of processes in case of multiple convicts facing death penalty must be addressed. Both rights – the rights of the accused and the rights of a victim to seek justice are sacrosanct.