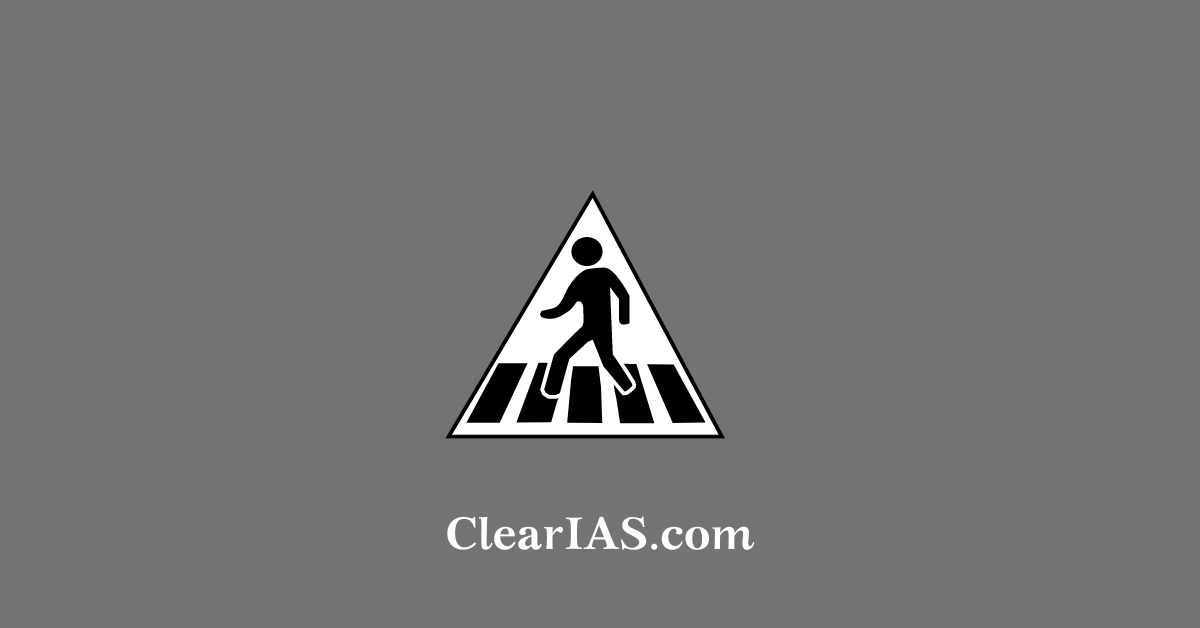 With only 1% of the world’s automobiles, India accounts for over 10% of all crash-related deaths. Road deaths are closer to home than you think. Every person on the road is someone’s grandmother, grandfather, mother, father, brother, sister, or child. Read the article to know more about Road safety in India.

Are we aware of the main causes of road accidents?

Do we know what measures are taken by the government to ensure our safety on road?

Road safety refers to the precautions that everyone must take when utilising roads. These safety measures are intended to reduce the likelihood of accidents, injuries, or fatalities on the road. All road users, including pedestrians, bicycles, vehicles, and bus and truck drivers, must respect these rules.

The Act went into effect in 1989 and was updated in 2019. It provides for the issuance of motor vehicle licences and permits, as well as motor vehicle standards and penalties for violations of these requirements. Its key provisions are as follows:

The 2019 Amendment enhances penalties for many Act offences.

The Act empowers the federal government to mandate the recall of motor vehicles if a flaw in the vehicle threatens the environment, the driver, or other road users.

A good Samaritan is defined by the Act as a person who provides immediate medical or non-medical aid to a victim at the scene of an accident.

The Act compels the central government to establish a Motor Vehicle Accident Fund to offer mandatory insurance coverage to all road users in India.

It covers the policy efforts to be implemented by the government at all levels to improve road safety activities in the country.

Database of information on road safety

It will aid local governments, union territories, and states in improving the quality of crash investigations and data collecting, transmission, and analysis.

The Bharat NCAP rating will inform buyers about the level of protection provided by the vehicle. It establishes the concept of passenger automobile safety ratings and empowers consumers to make educated judgments. The vehicles will be given a star rating ranging from one to five stars based on their performance in several tests.

Its vision is a road system with zero deaths and serious injuries. Helps in investing in road safety infrastructure to make our roads and roadsides more forgiving if the worst happens. The campaign aims to engage the community and encourage everyone to play their part in achieving a move towards zero. Towards Zero takes the approach that everyone should be aware that safety is a shared responsibility.

The Motor Vehicles (Amendment) Act of 2019 establishes the National Road Safety Board. Its mission is to oversee road safety issues and develop effective ways of implementing road safety policies. It will look into enhancing road infrastructure and introducing new traffic control techniques. The board will also focus on village road construction and traffic management.

It is an advisory organisation established under the Motor Vehicles Act of 1988 with the goal of promoting road safety in the road transport industry.

It is the top organisation in charge of advising the government on all issues concerning roads and road transportation.

This programme intends to improve the efficiency of freight and passenger transit throughout the country by bridging significant infrastructure gaps through efficient interventions.

To support road activities, a portion of the fuel and diesel cess will be allocated.

In 2014, the Supreme Court established the KS Radhakrishnan panel on road safety. The committee’s main proposal was to prohibit the selling of alcohol on highways (both state and national) in order to reduce drunk driving. Audit of road safety to be implemented by states to ensure the safety standards in the design, construction, and maintenance.

It is approved during the second global high-level conference on road safety, which is being held in Brazil. India has signed the Declaration of Brasilia. It recommends tightening existing legislation, implementing sustainable transportation, and improving post-crash response. Countries intend to accomplish Sustainable Development Goal 3.6 through the Brasilia Declaration.

Because of the epidemic of vehicle accidents, the United Nations General Assembly declared 2011-2020 the “Decade of Action for Road Safety.”

The government should take steps to examine safety standards in the design of rural and urban roads and bring them in line with worldwide best practices while keeping Indian traffic circumstances in mind.

The continued use of Intelligent Transportation Systems (ITS) within a national framework to develop a safe and efficient transportation system should be promoted.

The government will step up efforts to raise awareness about many aspects of road safety, the social and economic consequences of road accidents, and what has to be done to combat the growing threat of road accidents.

The government will support increasing engagement in road safety research programmes by designating priority areas, sufficiently funding research in those areas, and establishing centres of excellence in research and academic institutions.

Artificial intelligence approaches are used to communicate, monitor, operate, and manage roadways in a reasonable and orderly manner, among other things.