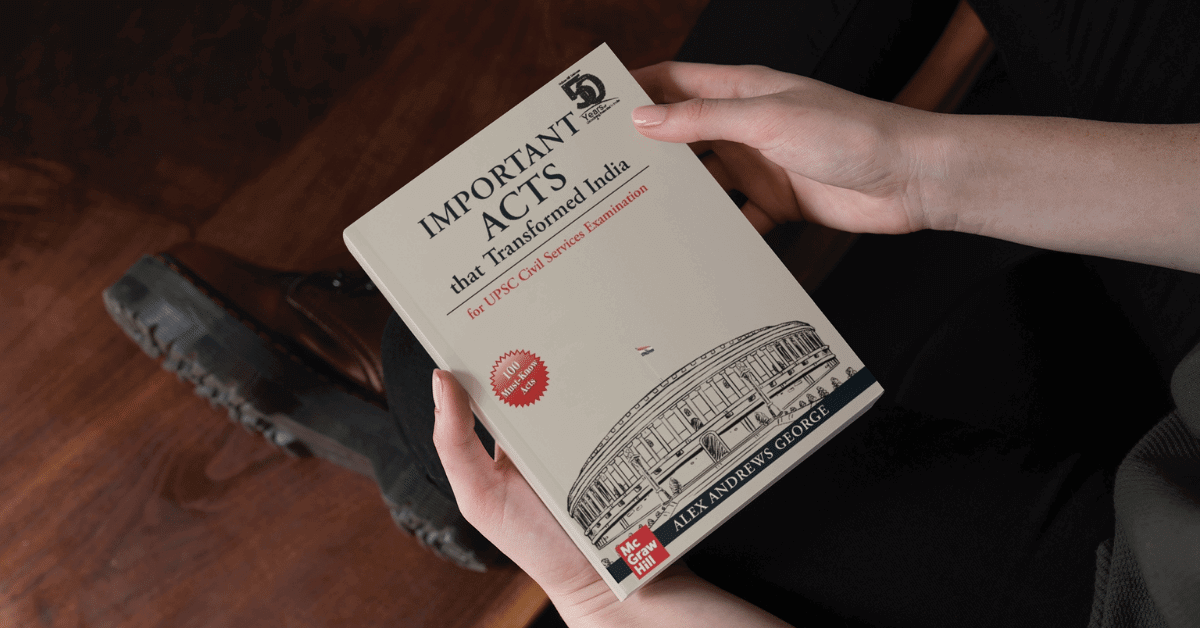 The book ‘Important Acts that Transformed India’ deals with 100 must-know acts enacted by the Indian Parliament. The book is already a best-seller on Amazon.

We, knowingly or unknowingly, are bound by so much legislation. In our day to day life, we come across different laws.

Even a common man is now aware of many Bills, Acts, Rules and Regulations. Remember the nationwide protests regarding the ‘Citizenship Amendment Act (CAA)?

As far as a UPSC aspirant is concerned, ‘important acts’ is a high-priority topic from which a lot of questions are asked in both Prelims and Mains.

100 Must Know Acts for UPSC Prelims and Mains (General Studies Papers – I, II, III, and IV)

Take a breath and think for a while.

As a UPSC aspirant, how many Acts are you familiar with?

Didn’t you know many provisions of The Citizenship Act, The Right to Information Act, The Income Tax Act, The Goods and Service Tax Act, The Motor Vehicles Act, The Food Safety Standards Act, or The Consumer Protection Act?

When the Budget is presented, we hear about The FRBM Act, The SARFAESI Act, or The Insolvency and Bankruptcy Code.

When there is a crime, we read about the sections of IPC and CrPC in newspapers.

When it comes to the protection of the environment, we know that there are several laws such as The Environment Protection Act and The Wildlife Protection Act.

Even during a crisis time like the COVID-19, there is no escape from laws; we are then controlled by laws such as The Epidemic Disease Act and The Disaster Management Act.

As future Civil Servants, UPSC expects IAS/IPS aspirants to be knowledgeable about all the important Acts/Bills/Rules etc.

Our newly released handbook ‘Important Acts that transformed India’, covers 100 must know Acts every UPSC aspirant should know about.

I and my team have put a lot of effort to condense everything you need to know about an Act like – background, objective, main provisions, amendments, criticism, importance and impact – into a few pages so that it will be a real time-saver for all aspirants!

‘Important Acts that Transformed India’ is not just a compilation of bare acts! 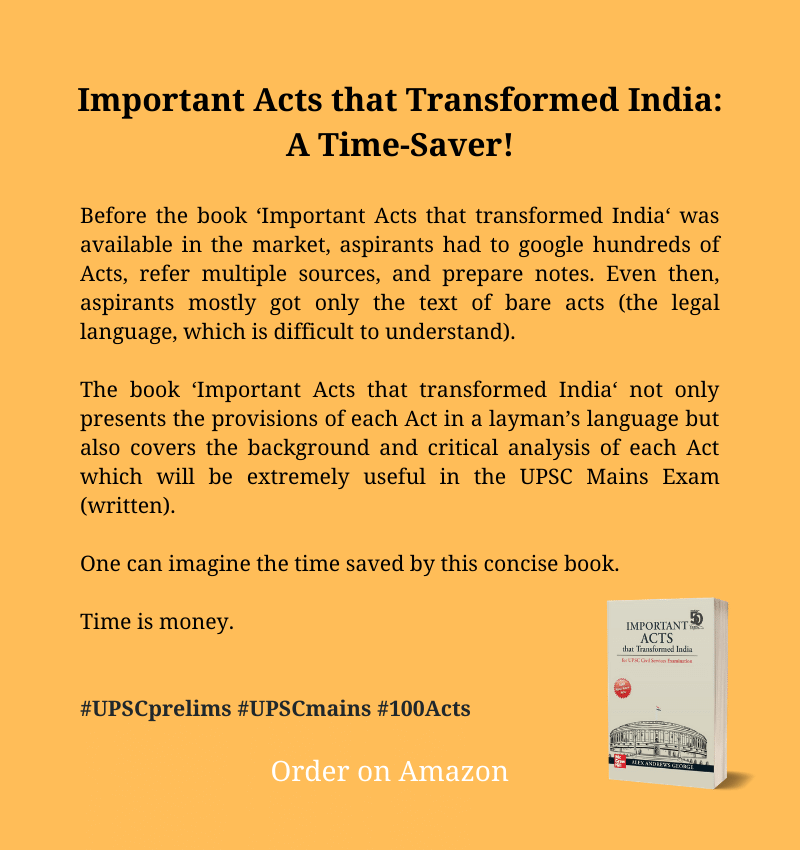 The book presents a unique approach that divides 100 must-know Acts topic-wise – into 12 Parts correlating with the subjects in the latest UPSC CSE Syllabus.

Also, the complicated legal concepts are made simple and easy to understand.

Part IV – Acts for Welfare and Empowerment of Women (GS I)

One can imagine the time saved by this concise book.

Before the book ‘Important Acts that transformed India’ was available in the market, aspirants had to google hundreds of Acts, refer to multiple sources, and prepare notes. Even then, aspirants mostly get only the text of bare acts (which is difficult to understand).

This book not only presents the provisions of each Act in a layman’s language but also covers the background and critical analysis of each Act which will be extremely useful in the UPSC Mains Exam (written).

The Return on Investment (RoI) from this book is clearly very high!

About the book: Important Acts that Transformed India 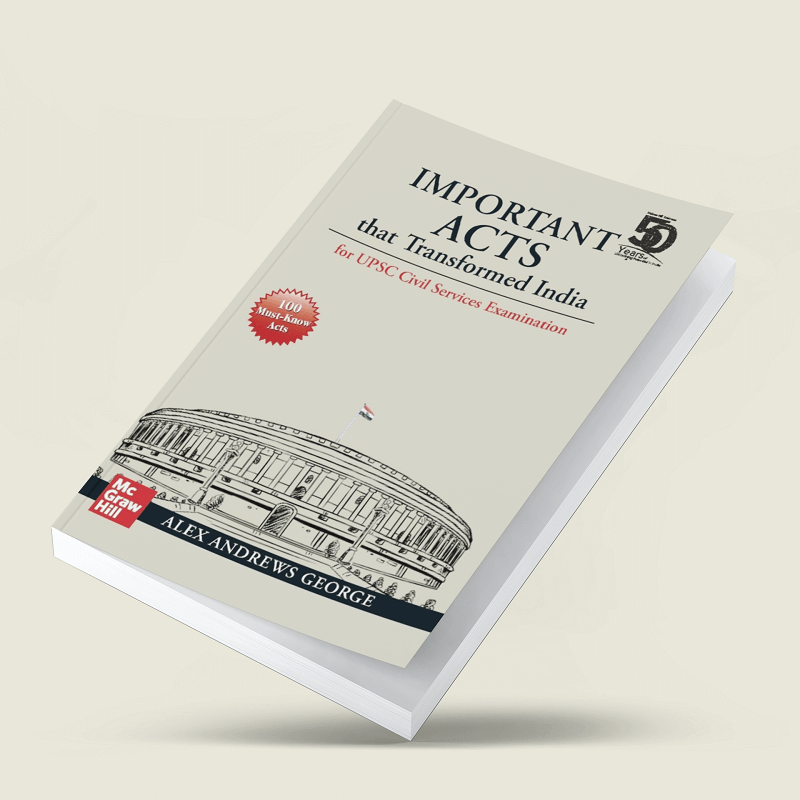 Important Acts that transformed India is a ready-reference book of the must-know laws for aspirants preparing for the UPSC Civil Services Examination (Prelims, Mains, and Interview). It is equally valuable to all the legal students, academicians, and general readers who are interested in Indian Polity and Constitution.

Bonus: Online Learning Materials (for those who order the book)