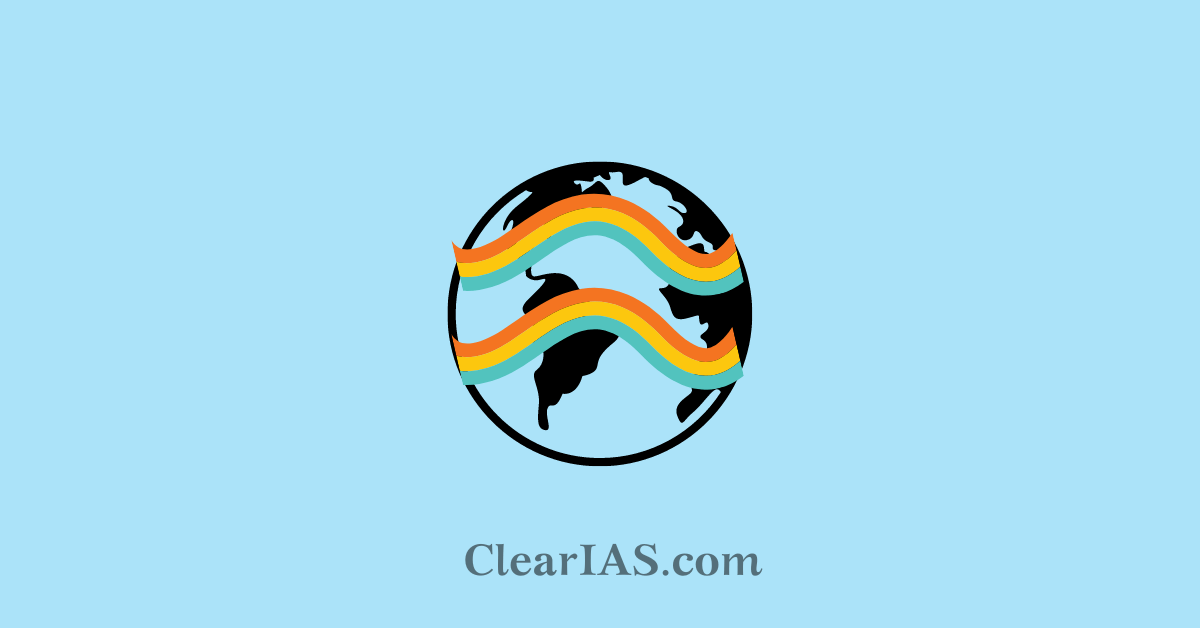 Rossby waves are an important phenomenon observed in the atmosphere and oceans of planets. These waves greatly influence the weather system of the earth. Read here to know in detail about the Rossby waves.

Carl-Gustaf Arvid Rossby, an American meteorologist of Swedish descent, made the initial discovery of Rossby waves in 1939.

According to scientists, Rossby waves are a naturally occurring phenomenon like La Niña and El Niño. These waves have been responsible for some extreme weather events in recent times.

In recent years, many changes and extreme weather events have been observed all over the globe-

What are Rossby waves? 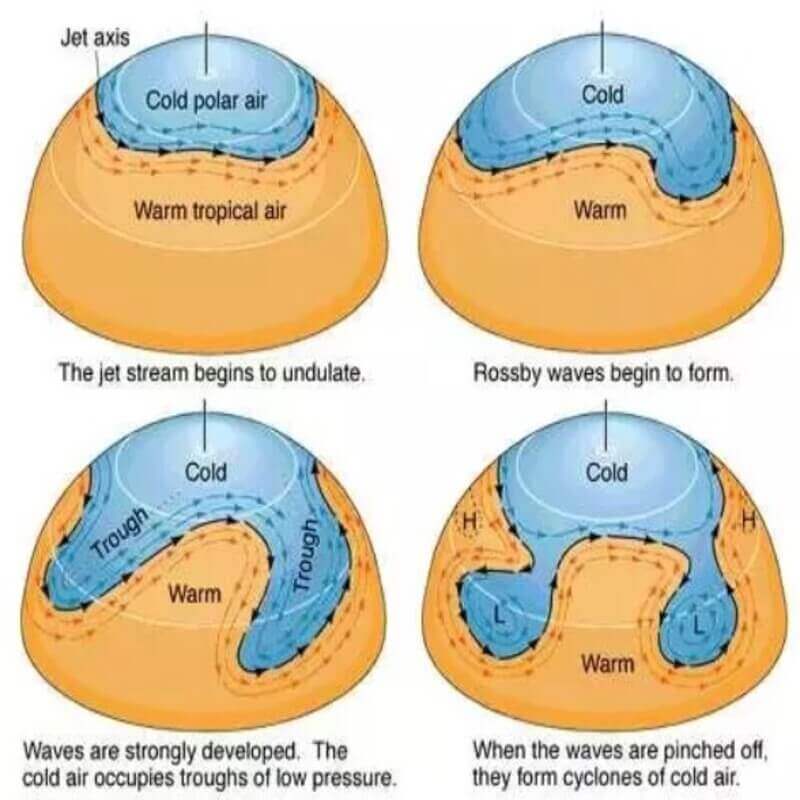 Rossby waves are a type of inertial wave and are also referred to as a planetary waves. They can be seen in the atmospheres and oceans of planets. It develops in rotating fluids spontaneously, due to the planet’s rotation.

These waves in the Earth’s atmosphere are enormous meanders in winds at high altitudes that have a significant impact on the weather. These waves are related to the jet stream and pressure systems.

Oceanic Rossby waves travel along the thermocline, which separates the warm surface layer from the colder, deeper ocean.

The operation of high-pressure cells and low-pressure cells like cyclones, which are crucial in generating the weather of middle and higher latitudes is explained by the existence of waves.

A true Rossby wave needs to meet some specific criteria. For one thing, these waves only occur inside barotropic fluids, a category of fluids whose densities are a function of pressure alone

Unlike waves that break along the shore, Rossby waves are huge, surging movements of the ocean that stretch horizontally across the planet for hundreds of kilometers in a westward direction.

They are so large and massive that they can change Earth’s climate conditions.

Atmospheric Rossby waves form primarily as a result of the Earth’s geography.

They also help locate the jet stream and mark out the track of surface low-pressure systems.

The slow motion of these waves often results in long, persistent weather patterns.

They are influenced by Coriolis force and pressure gradient.

Over extremely warm sea surfaces in the tropics, such as during El Nio episodes, deep convection (heat transfer to the troposphere) is intensified.

Rossby waves in the atmosphere are produced as a result of this tropical force, and they migrate both eastward and poleward.

The waves explain the statistical connections between low and high-latitude climates.

The major difference between these is their circulation or movement pattern-

Rossby waves are a dominant component of Ferrel circulation.

The tropical air carries heat poleward, and the polar air absorbs heat as it moves toward the Equator.

The existence of these waves explains the low-pressure cells (cyclones) and high-pressure cells (anticyclones) that are important in producing the weather of the middle and higher latitudes.

Sun and other planets like Venus and Jupiter have these waves in their atmosphere as well.

These waves have been suggested as an important mechanism responsible for the heating of the ocean on Europa, a moon of Jupiter.

Rossby wave instabilities are also thought to be found in astrophysical discs, for example, around newly forming stars.

The interplay of the wind and the monsoon system combined with the Earth system produces these synchronous cyclones which are caused by equatorial Rossby waves.