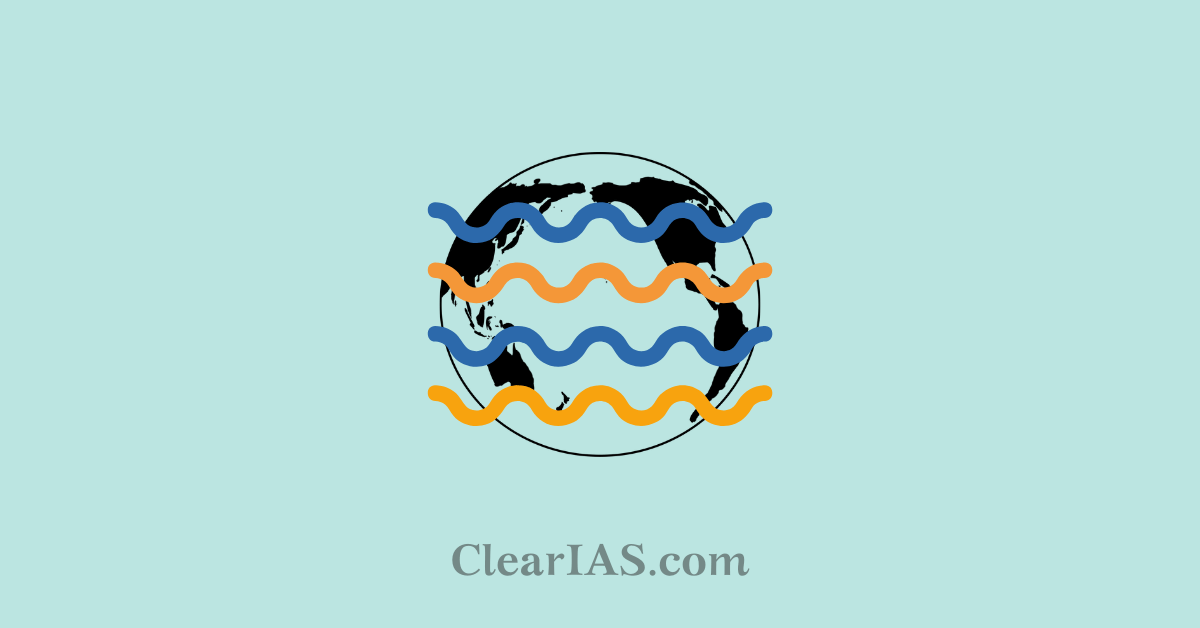 What is a jet stream? What are the characteristics of jet streams? Why is it important for various climate phenomenons? Read to know more.

What is a jet stream?

According to World Meteorological Organisation (WMO), “a strong narrow current concentrated along a quasi horizontal axis in the upper troposphere or the stratosphere characterized by strong vertical and lateral wind shear and featuring one or more velocity maxima is called the jet stream.”

Jet streams are strong, upper tropospheric flows that are quasi horizontal in nature. They originate due to differential heating of the earth’s surface and form at the boundaries of adjacent air masses with significant temperature differences.

The factors that influence the flow of the jet stream are the landmasses and the Coriolis effect.

Landmasses interrupt the flow of the jet through friction and temperature differences, whilst the spinning nature of the earth emphasizes these changes. This causes the meandering movement.

The meandering sections of the stream continue to change as they interact with landmasses creating a state of flux and subsequent temperature differences.

In winters, the temperature of the stratosphere can also affect the strength and position of the stream. The cooler the polar stratosphere, the stronger the jet stream.

The warmth of the landmasses and oceans (such as the El Nino Southern Oscillation) can also have an impact on the strength and amplitude of the stream.

The origin of the Jets is supported by three kinds of gradients:

The two major types are: 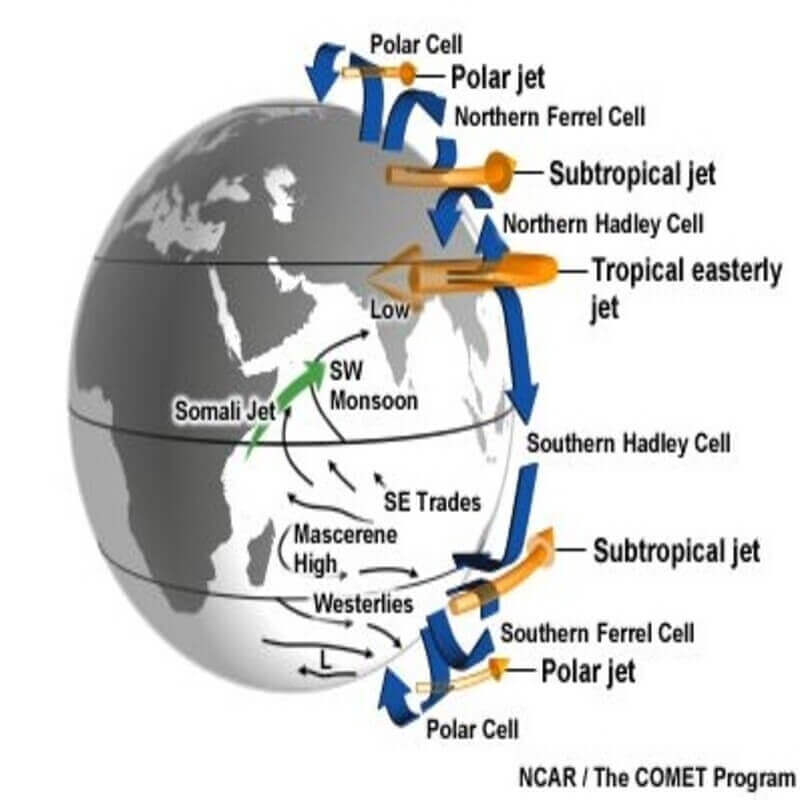 They have an immense influence on local and regional weather conditions.

There is a close relationship between the intensity of temperate cyclones and jet streams. Severe storms occur when Jet streams interfere with surface wind systems.

The monsoon of South Asia is largely affected and controlled by Jet streams.

The monsoons also depend on the upper air circulation which is dominated by Sub Tropical Jet Streams. The southwest monsoon in India is related to the tropical easterly stream which is between 8-35 degrees North latitudes. The northeast monsoon in the winters is related to the subtropical westerly Jet Stream which blows between 20-35 degree latitudes in both hemispheres.

They are also known to bring the ozone-depleting substances to the stratosphere hence aiding in the ozone layer depletion by acting as a vehicle.