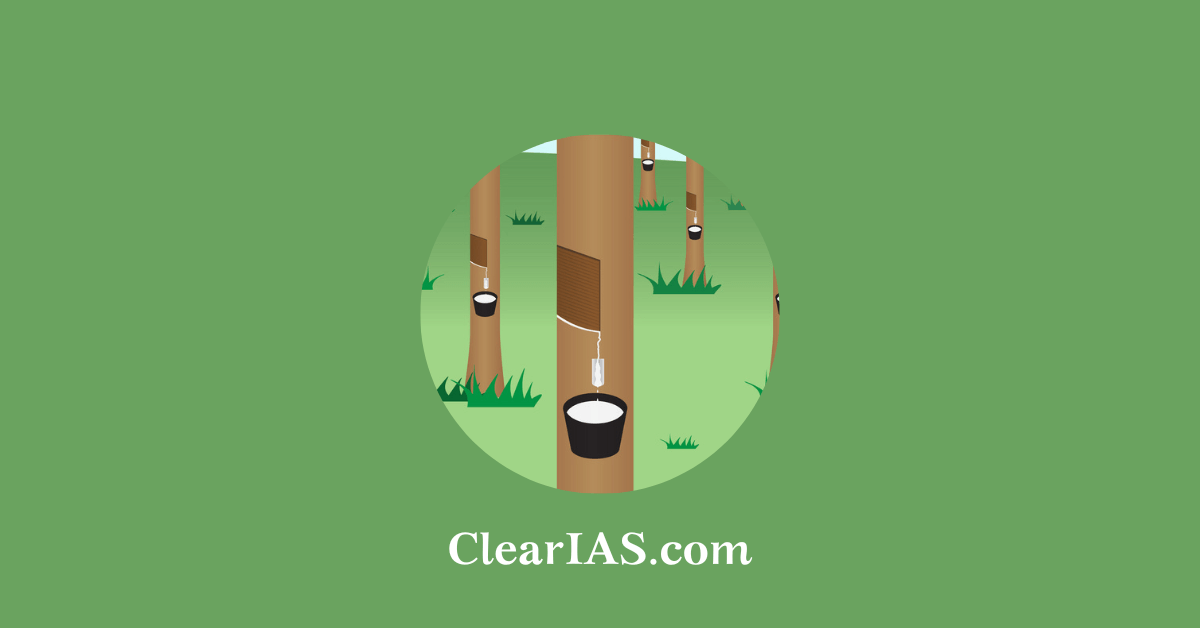 As part of India’s expanding involvement in the global economy, the Indian rubber industry has grown in strength and importance. India is the world’s largest producer and the third largest user of natural rubber and one of the world’s fastest expanding economies.

With an annual growth rate of 8-9%, rising foreign exchange reserves, rapid expansion in capital markets, and FDI inflows, India proudly claims the title of the world’s second-fastest-growing major economy. It has a high concentration of vehicle manufacturing and the existence of large and medium companies in South India.

Global rubber production was considered extremely volatile in the last few years. Compared to the rest of the globe, India’s rubber production is stable at 6% yearly. The Indian rubber sector has expanded dramatically over the years.

On the basis of agro-climatic conditions, India’s rubber-growing regions can be divided into two major zones: traditional and non-traditional.

Traditional Areas
Rubber growing in India has traditionally been limited to the hinterlands of the southwest coast, primarily in Tamil Nadu’s Kanyakumari District and Kerala.

Non-traditional regions
Rubber is presently farmed in the hinterlands of coastal Karnataka, Goa, Maharashtra’s Konkan Region, coastal Andhra Pradesh and Orissa, the northeastern provinces, and the Andaman and Nicobar Islands, among other places.

The Indian Rubber Industry is approximately 6000 units in size, with 30 big scale, 300 middle scales, and over 5600 small scale and tiny sector units. Such units produce over 35000 rubber goods, employ 400 thousand people, including 22000 technically competent support employees, and provide Rs. 40 billion to the national exchequer through taxes, customs, and other levies.

The Indian Rubber Industry is important to the Indian economy since the rubber plantation industry in India generates about 630 thousand tonnes of natural rubber per year, with a predicted production of more than one million tonnes in the near future.

Rubber output in India is between 6 and 7 lakh tonnes per year, amounting to Rs. 3000 crores. Ribbed Smoked Sheets (RSS) account for 70% of total rubber production in India and are also imported by India, accounting for 45% of total rubber imports. Today, the Indian Rubber Industry has a turnover of Rs 12000 crores.

The tyre sector consumes the majority of the rubber, accounting for over 52% of India’s total production. Kerala is the largest rubber consumer, followed by Punjab and Maharashtra. Despite being one of the main producers of rubber, India still buys rubber from other countries. At the moment, India imports approximately 50000 tonnes of rubber every year.

According to FAO Stat 2019, India is the world’s fourth-largest producer and user of rubber. Problems faced by the Rubber industry