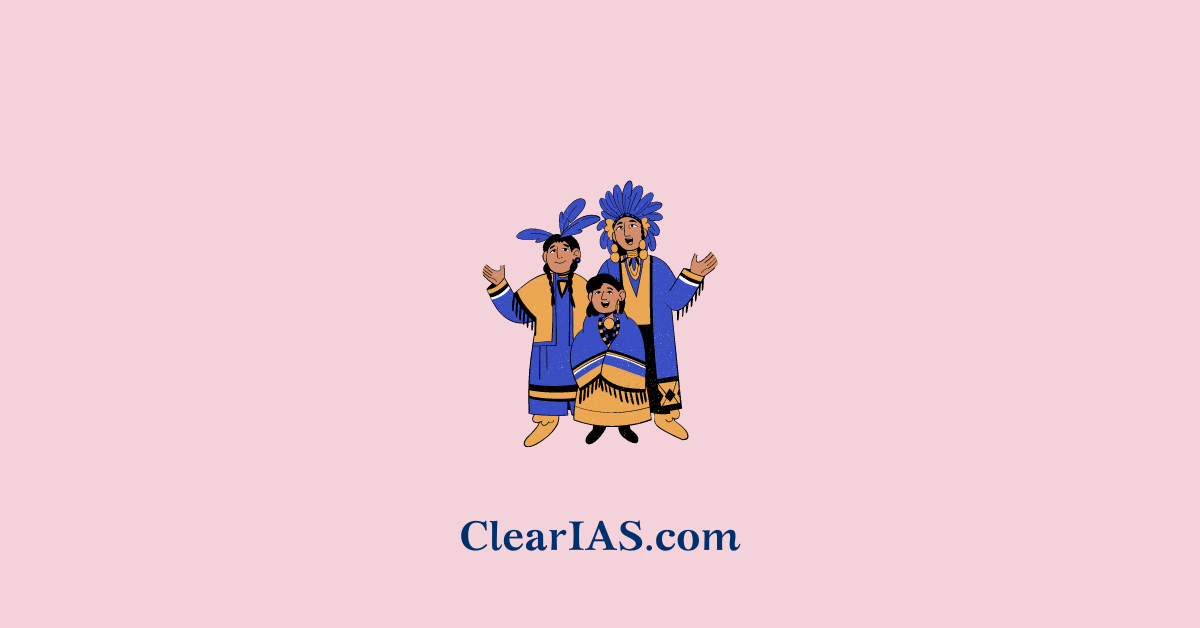 Article 244 of the Indian constitution deals with the administration of Scheduled Area and Tribal Areas.

Scheduled areas and Tribal areas are mentioned in the fifth and sixth schedules of the constitution.

Both the terms are different and treated differently under the constitution.

Article 244(1) of the Indian constitution has mentioned scheduled areas. Special provision for the administration of such areas are mentioned in the 5th schedule of the constitution and includes certain areas in States other than Assam, Meghalaya, Tripura, and Mizoram.

Scheduled areas are such areas inhabited by the tribes specified as ‘Scheduled tribes‘ in states and union territories other than Assam, Meghalaya, Tripura, and Mizoram.

The power to declare any area as a ‘Scheduled Area’ is bestowed on the President of India and the parliament is authorized to legislation.

The tribal area got mentioned in article 244(2) of the Indian constitution. Provision regarding their administration is found in the 6th schedule. It deals with the tribal areas in Assam, Meghalaya, Tripura, and Mizoram.

Criteria for declaration of “Scheduled Area” under the Fifth Schedule

Why Scheduled Areas and Tribal Areas are treated differently than other areas of the country?

Scheduled areas are inhabited by people who are socially and economically backward. Though they constitute a part of the country, it is the responsibility of the government to make special efforts needed to improve their condition. That is why the normal administration system running across the country may not be suitable for these areas as it requires special attention and effort and that is why the government has greater responsibility for these areas.

In a similar way, the Tribes of Assam, Meghalaya, Tripura, and Mizoram have not absorbed the way of life of the other people of the state with time. Somehow, the tribal areas of other states have adopted the culture of other people more or less but tribes from such northeastern states stand connected to their own traditions, culture, and custom. That is why such areas are treated differently and our constitution has provided sufficient provisions to provide them a sizable amount of autonomy to practice their own way of life without hurting the unity of the country.