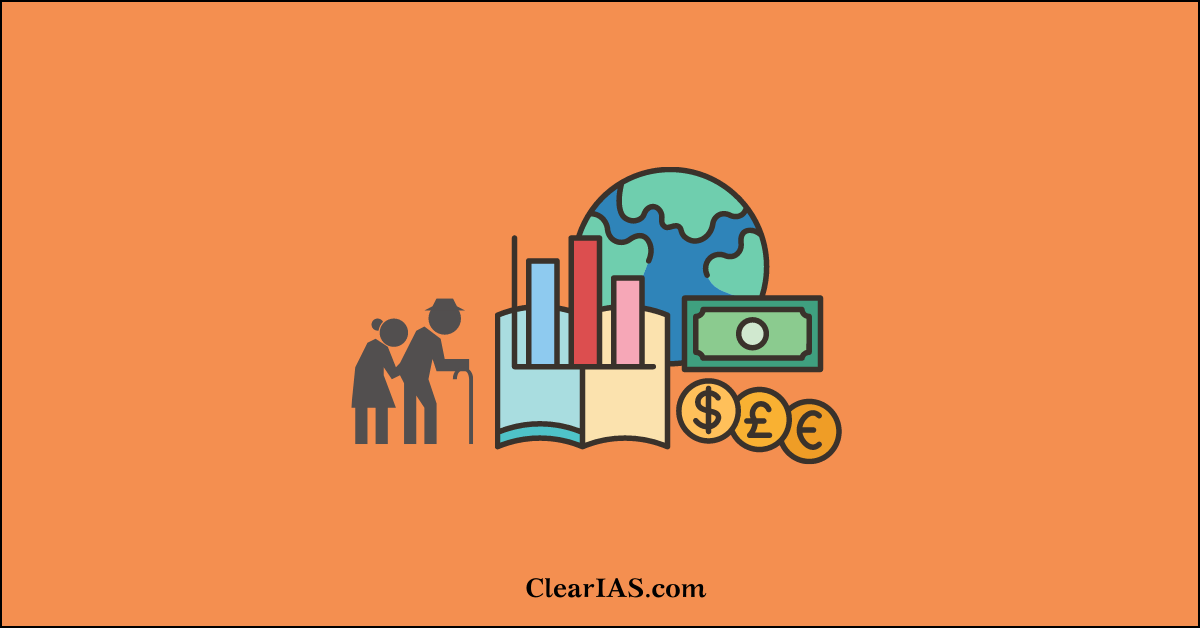 What is the silver economy? What are silver markets? What are the challenges associated with old aged people? Read here to know more.

Do you know the elderly population in India is fast reaching the current population size of Mexico or Russia? For making senior care Govt’s focus on ‘Silver Economy’.

The term “Silver economy” refers to a system of production, distribution, and consumption of goods and services that uses older and ageing people’s purchasing power to meet their needs for consumption, a place to live, and healthcare.

Due to this significant increase, India urgently needs to develop a more robust eldercare ecosystem, particularly during the post-COVID period.

Based on the Expert Group on the Silver Economy’s recommendations, a programme has been launched. To support private businesses that innovate in their processes and products for the benefit of the elderly.

Is SAGE will be a solution for this?

The Senior Aging Growth Engine, or SAGE, project will identify, assess, confirm, and aggregate the needs of senior citizens in order to provide goods, solutions, and services.

The  SACRED: Senior Able Citizens for Re-Employment in Dignity, which was recently launched by the Vice President.

An initial budget of 100 crore rupees has been allocated to assess and promote the silver economy in India, of which approximately 25 crore rupees will be used in FY2021-22.

Initial estimates indicate that the Silver Economy is currently worth about 73,082 crore rupees.

On International Day for Older Persons, the Ministry of Health and Family Welfare introduced the Decade of Healthy Aging (2020–2030). (1st October).

In the field of social gerontology, the silver economy is examined not as an existing economic system but rather as a tool for ageing policy and as a potential, needs-driven economic system for the ageing population.

Its main component is Geron-technology, a brand-new paradigm in science, research, and application.

In Japan, the phrase “silver market” was coined in the 1970s to refer to the expansion of senior facilities.

What are Silver Markets?

The silver market includes, among other things, goods, values, and services geared toward wealthy older people; unique trade arrangements that enable adjustments for an ageing workforce; and concepts of universal design and transgenerational design that aim to adapt products and services to people of different ages (i.e., “age-friendly”), physical conditions, and cognitive abilities, which may lead to improved social integration.

Is the Silver economy a single industry? No, but rather a conglomerate of goods and services drawn from numerous other industries.

Healthy ageing is “the process of developing and maintaining the functional ability that enables wellbeing in older age,” according to the World Health Organization (WHO).

The Report of the World Assembly on Ageing, also known as “the International Plan on Ageing,” was published in 1982 and served as the first international discussion of older people’s rights and provided a strategy for enacting those rights.

The Second World Assembly’s “Madrid International Plan” on ageing, which was adopted in 2002, was given to the UNPF to carry out.

Also, read the article on the topic of ageing India.

There are multiple challenges associated with them and can be grouped into social, financial and health.