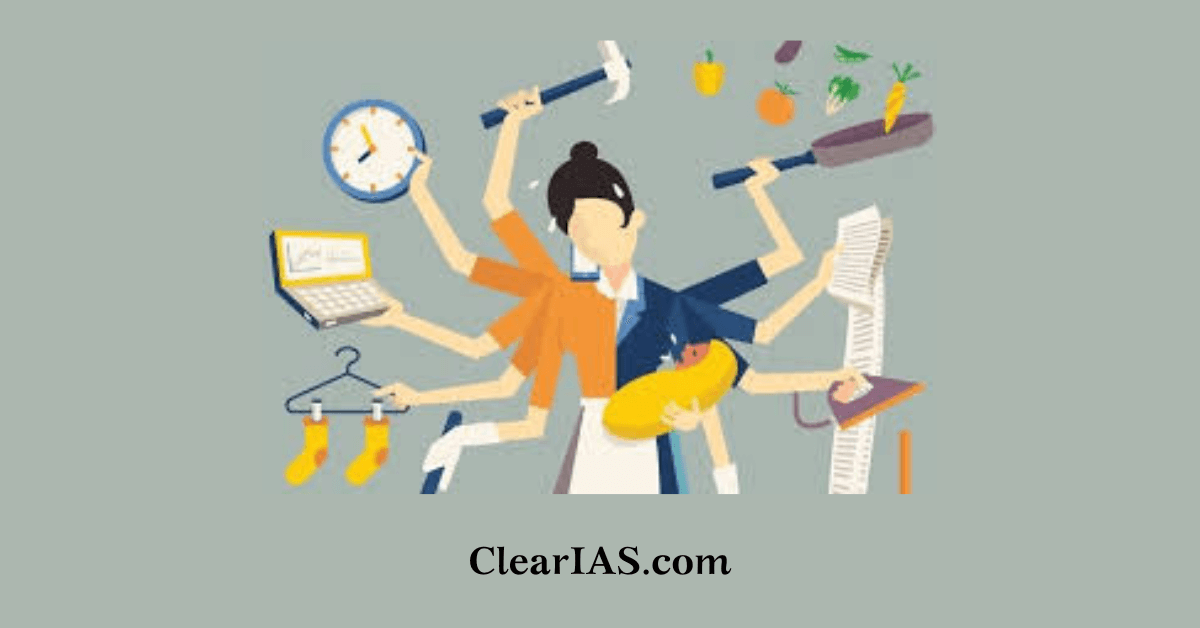 The International Labor Organization (ILO) recently published a new report titled “Care at Work: Investing in Care Leave and Services for a More Gender-Equal World of Work,” which urged targeted policy support for the care economy and care work.

The importance of maternity, paternity, and special care leave is emphasized in the research. These leave types enable men and women to balance work and family obligations over the course of their lifetimes.

However, Millions of workers in the world who have family responsibilities lack proper protection and assistance due to persistent and large gaps in care services and legislation.

According to the statistics, 649 million women of reproductive age, or 3 out of every 10 women, resided in 82 nations that did not adhere to ILO Convention 183.

In the 185 nations that were examined for the study, it will take at least 46 years to achieve the bare minimum of maternity leave rights.

This data reveals the relevance of the care economy.

In order to guarantee the right to a healthy old age with dignity and independent life, long-term care services are also necessary.

What is Care Economy?

The “care economy” is defined as the activities and relationships that go into addressing the physical, psychological, and emotional needs of adults, children, the elderly, the young, the frail, and the physically fit.

In terms of care policies, including maternity protection, paternity, parental, and other leave policies, as well as childcare and long-term care services, the report presents a global review of country laws and practices.

Care work, both paid and unpaid, spans a variety of industries, including those in the fields of education, health, and social work, involving professionals such as teachers, nurses, community health workers, social workers, and domestic workers.

Care work, whether direct or indirect, paid or unpaid, is essential for economies and human well-being.

Unpaid caregivers in particular provide dependable, high-quality care as a “public good” from which communities can benefit without having to pay for it.

Globally, increased spending on care services has the potential to generate 300 million extra jobs, many of which will be held by women.

Paid domestic work has moreover consistently been a major source of remittances for India. Women are more prevalent than men in the care economy.

Care work, both compensated and uncompensated, is crucial to the survival of any social system as well as the economy.

When it became difficult to move on without the assistance of care staff, the pandemic brought to light the essential nature of care work.

Care occupations are less likely to be automated because of their relational nature.

According to the ILO, nations that make investments in both childcare facilities and parental leave laws to reduce the burden on women have greater mother-work-to-population ratios.

But in India, Unpaid care work is associated with labor market disparities, but policymakers have not yet given it enough consideration.

Paid carers who are employees, like domestic helpers and anganwadis in India, often struggle to obtain their rights and benefits.

The following are the issues involved.

Despite the necessity of care work, it hasn’t historically received much attention. Two facts make this clear:

2) Relative to other nations, India’s public spending on the care economy is extremely low (less than 1% of GDP).

Women handle a much bigger proportion of household chores than males. Housewife pay is being proposed as a solution to this disparity, however, this policy could backfire by further entrenching gender roles in caregiving.

The Maternity Act of 2017 requires companies to offer childcare services within a certain radius. However, execution is still only superficial in reality.

According to surveys done in 2019, only 49% of employers had creche services in place.

According to reports, non-compliance is widespread because there are no explicit implementation guidelines, punishment clauses, or monitoring.

Many States do not recognise the 2.5 million women who serve as Anganwadi workers, auxiliary nurse-midwives, and accredited social-health advocates as workers, and they are not paid regular monthly salaries.

The Ministry of Labour and Employment has now been requested by the Parliamentary Standing Committee on Labour (2020) to establish salary criteria for frontline health and care employees.

Water shortages and food insecurity in rural areas have been made worse by climate change, placing an increased care load on women and children. In these situations, excessive and demanding unpaid caregiving efforts might degrade the standard of care provided.

India’s economy has to be revived, and future growth is anticipated to be more inclusive. Investments in the care economy will not only aid India in achieving its Sustainable Development Goals but also promise to be a fast-growing industry with inclusive growth.

To strengthen the care economy and promote child development, ageing in dignity, and independent living as the population ages, it is necessary to fill up the gaps in current policies and facilities.

A greater commitment to and investment in the care economy, which looks out for society as a whole, is necessary for a human-centred and inclusive recovery from the COVID-19 epidemic that benefits employees, employers, and the government.