The West Asian region has been under a political turmoil for quite a long time. Syria, Iraq, Isreal etc are some of the regions which are constantly in news for many reasons. In this post, let’s analyse the Syrian Crisis – its background, reasons and the way ahead.

What is Syrian Crisis? 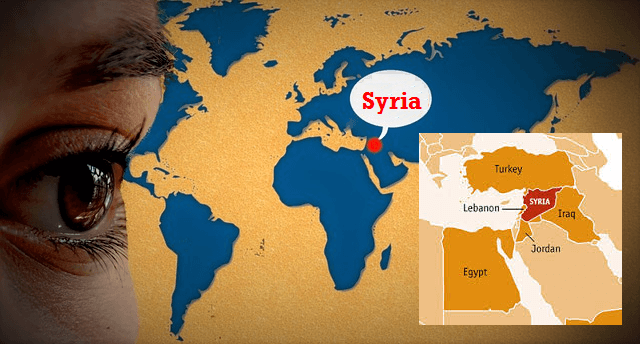 Syria is a west Asian Country bordering Lebanon, Turkey, Iraq, Jordan, and Israel. The civil war in Syria is regarded as the most brutal conflict in the world which started off in 2011 and is still on. The primary reasons for the unrest in Syria can be summarized as below.

The root of this conflict can be traced to sectarian conflicts in the region existing there for centuries. Shia Islam and Sunni Islam are the two major denominations of Islam Religion. With Saudi Arabia regarding itself as the leader of Sunni Muslims and Iran as the protector of Shia Muslims, the West Asian region is divided under these two leaders. Saudi and Iran started playing an important role in the geopolitical conflicts in the region.

Absence of an accountable government

Along with this, the absence of an accountable and democratic Government. In most of the west Asian Countries created discontent among the citizens. A democratic movement against the authoritarian Government started in Tunisia in 2011 popularly known as ‘Arab Spring’ or ‘The Jasmine revolution’. This inspired other countries in the region to raise their voice against their Governments. Implication of civil war in Syria

The devastating civil war has set the country decades behind in terms of economic, social and human development. Syrian Crisis: The Way ahead