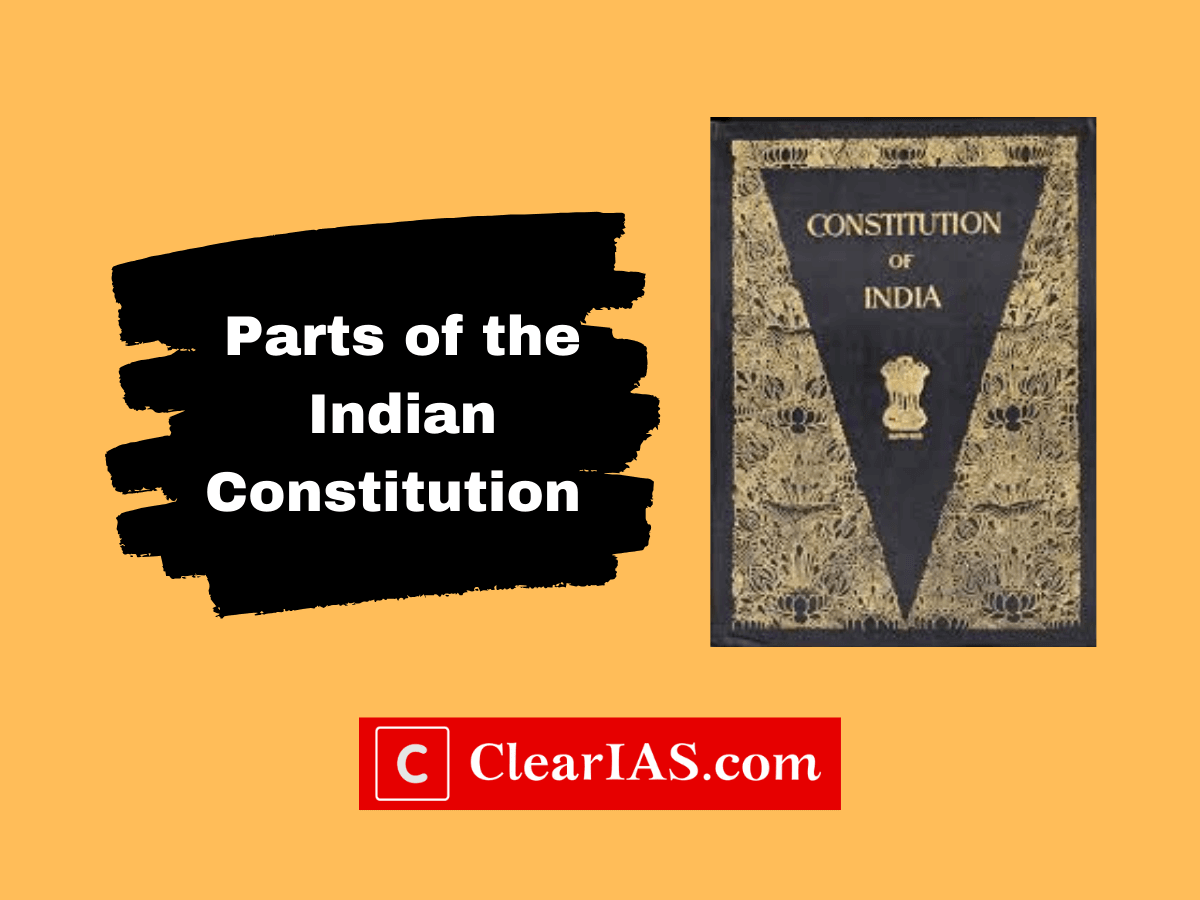 What are the parts of the Indian Constitution?

Original Indian Constitution had 22 parts and 395 articles. Later 3 parts were added to it as amendments making the tally 25.

An overview of Indian Constitution Parts and Articles is provided in this short post.

The parts of the Indian Constitution along with Subject and Articles they cover are given below.

Parts of the Indian Constitution added as amendments

Three parts – 9A Municipalities, 9B Co-operative societies and 14A tribunals – are added to the original constitution via amendments.

Various articles were also added under these 25 parts of Indian constitution as amendments. At present, the total article count is around 450.

Details of schedules in the Indian Constitution is provided here.