ClearIAS » Indian Polity Notes » Transparency and Accountability: All you need to know 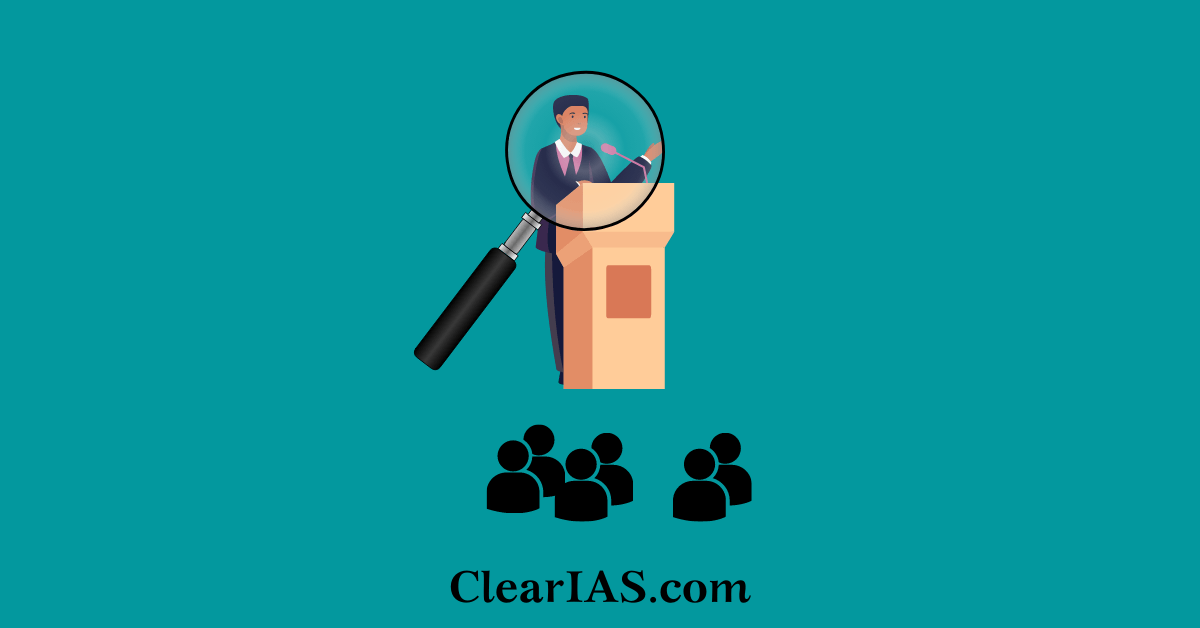 Transparency, in general, is assumed to result in better governance, more accountability, and less corruption.

The free flow of information is the foundation of transparency. All citizens have the right to information about State policies that affect them, such as legislative activities, policy-making, legal provisions, policy enforcement, administrative budget, public expenditure, and other relevant political information.

Transparency is also essential for ensuring accountability and enabling genuine participation. The greater the degree of transparency, the greater the level of good governance.

It means that administrators and administrative bodies must carry out the functions and responsibilities of their positions. Government, private sector, and civil society decision-makers must be accountable to the public as well as institutional stakeholders.

The government must be accountable at all levels because accountability is closely related to the need to eliminate corruption, which is widely regarded as a major deficiency in governance.

Need for Transparency in Public Administration

Major Differences Between Transparency And Accountability

Initiatives To Enhance Transparency In India

Citizens Charters, the Right to Information Act, e-procurement,  e-Governance, and Right to Public Service Legislation, are some of India’s major initiatives to improve transparency.

The Central Public Procurement Portal is a strong and secure platform that provides complete transparency in public procurement for the Government of India, most states, and local governments across the country.

Initiatives To Enhance Accountability In India

The national public information infrastructure must be strengthened and expanded through the construction of information networks, allowing for greater access to digital information and the use of information technology. It is critical to change the way government employees think.

This will be used to organize programs for orientation, training, and capacity-building. States may be urged to create an impartial public grievance redress authority to handle allegations of delays, harassment, and corruption.

Furthermore, if the governance structure is sufficiently open, accountability will be promoted. Transparency and accountability should be linked to an organization’s mission, which prioritizes achieving public welfare.