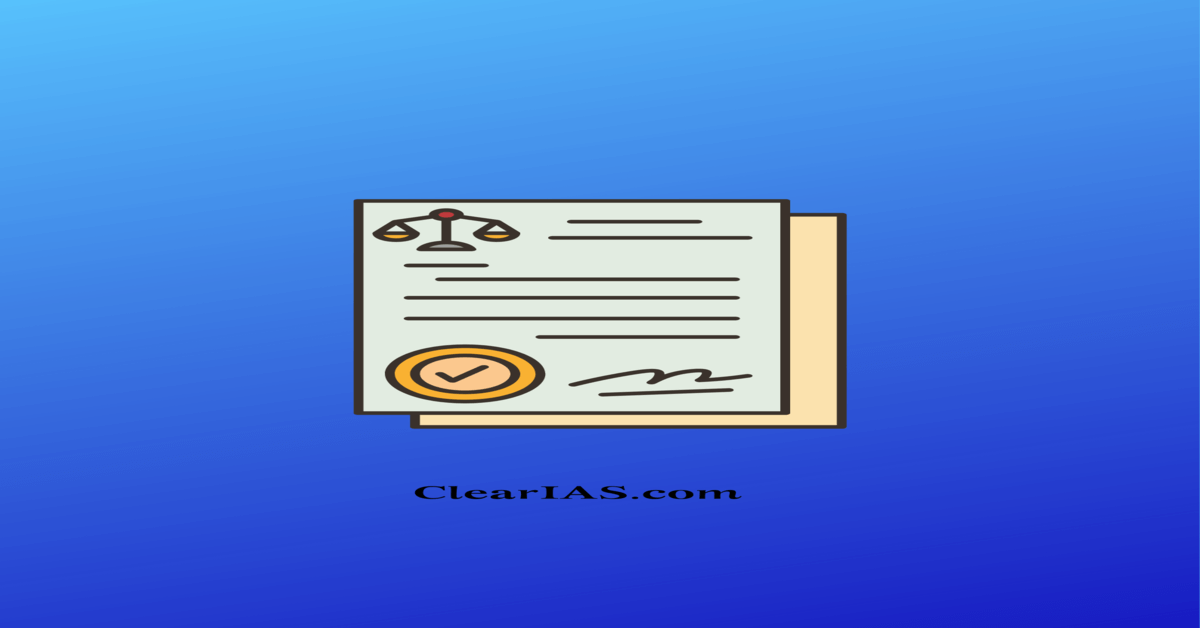 What is the citizens’ charter? How does it ensure transparency and accountability in administration? Read to know more.

A citizens’ charter is a document of commitment made by a government agency to the citizens with respect to the services being provided to them.

It empowers the citizens to press the committed standards of service.

Citizen’s Charter is not legally enforceable, hence not justiciable.

The main objective of the charter is to bridge the gap between Citizens and Administration and streamlines the needs and concerns of the citizens for effective implementation.

The citizen’s charter was first conceptualized and implemented by John Major of the Conservative Government in the United Kingdom.

It was articulated as a national program in 1991 to improve the quality of public services in the country.

The six principles originally chartered were:

The schemes and initiatives of various countries are as follows

In 1992, the ‘Charter Mark Award Scheme’ was initiated by the UK Government to recognize excellence in public service deliveries.In 2008, it was replaced by ‘The Customer Service Excellence Award Scheme’

The Quality Charter in Public Services, 1993

A conference of Chief Secretaries of States and Union Territories on ‘Effective and Responsive Administration,1996’ recommended the adoption of the Citizens’ Charter for all public service organizations.

Since its inception in 1997, various ministries, departments, and other agencies of the Central and State Governments and Union Territories have formulated various charters.

Under the aegis of the Department of Administrative Reforms and Public Grievances, more responsible and citizen-friendly governance reforms were articulated and operationalized.

It also provides guidelines for the formulation, implementation, and evaluation of the Citizens’ Charter. 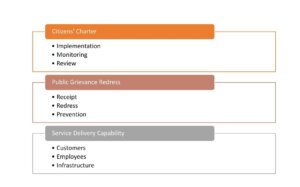 Second ARC in its 12th report entitled ‘Citizen Centric Administration – Heart of Governance’ recommended formulating citizen charters as a vital document to interact with citizens.   The government of India has accepted the recommendation.

The Department of Administrative Reforms and Public Grievances (DARPG) appointed a professional agency to develop a standardized framework for the Internal and External Evaluation of Citizens’ Charters more effectively.

Key Findings of the agency were:

Indian Institute of Public Administration 2008 conducted another study on the Evaluation of the Citizens’ Charter, sponsored by the Department of Administrative Reforms and Public Grievances.

Highlights of the study were:

In order to improve the formulation and implementation of citizens’ charters, the following pointers are recommended: