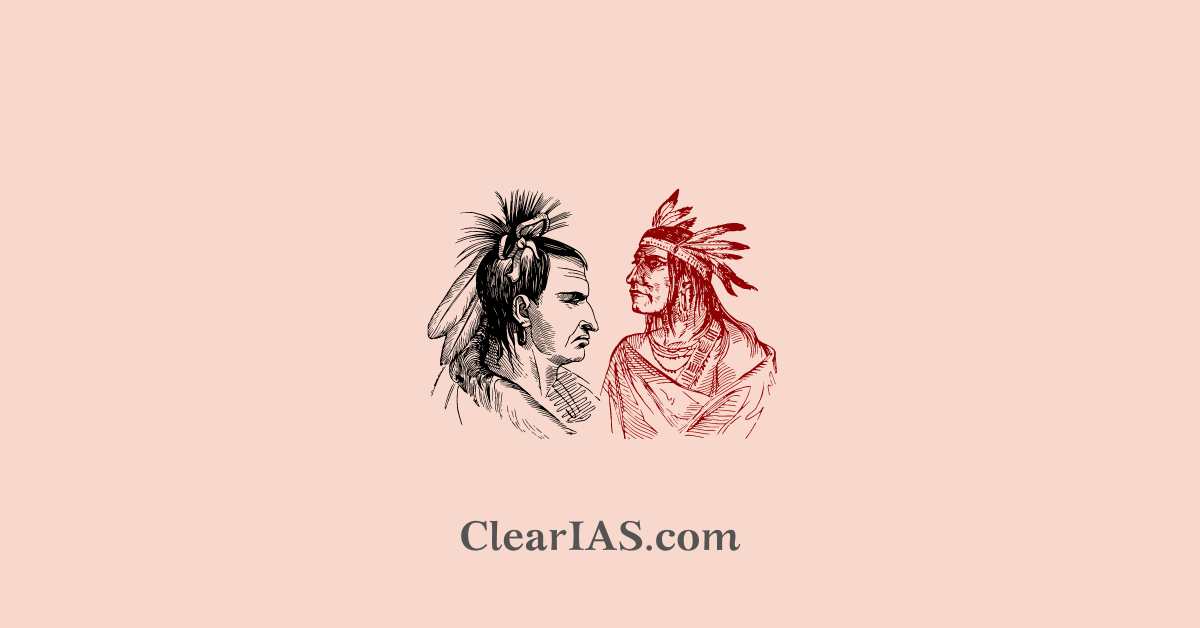 The tribes are the indigenous or native inhabitants of the area who are thought to have been the Indian Peninsula’s earliest settlers.

A tribe was a self-contained, homogeneous group that existed independently of any hierarchical system.

In the case of a State, it is required to consult the governor of the State.

As per the 2011 census, 10.42 crore Indians are notified as ‘Scheduled Tribes’ (ST), which constitute 8.6% of countries total population.

The growth of the Scheduled Tribes population was due to the following two reasons:

Why Demographic Study of Tribal Population is Difficult?

The use of arbitrary criteria for “scheduling the tribes” has severely harmed the demographic study of tribal populations.

Due to a lack of precise and scientific standards, the research of indigenous people suffers from major abnormalities.

The distribution pattern is characterised by a striking tendency of clustering and concentrating in pockets, making them suffer from isolation and situated in areas where the environmental setting is, by and large, not suitable for settled agriculture.

As a result, the majority of tribal settlements are found in remote regions of the nation that are covered with hills and forests. The tribal groups have created their own distinct traditional way of life. After Independence, however, there was some interaction between tribal and non-tribal people that altered the situation substantially.

There are wide variations in the state-level distribution of the tribal populations.

While, on one hand, no tribes have been scheduled in Punjab and Haryana, and the union territories of Delhi, Chandigarh and Puducherry; as much as 94.43 per cent of the total population in Mizoram and 94.79 per cent in Lakshadweep belongs to Scheduled Tribes.

Among the 15 major states, Chhattisgarh has the largest proportion of the Scheduled Tribe population at 30.62 per cent followed by Jharkhand at 26.21 per cent.

For the Indian classification of Scheduled Tribes, tribal economy plays a significant role. The following are the tribes’ primary economies:

A brief account of tribes practising these economies is given as under:

A huge number of tribes rely on hunting, fishing, and food collecting and live in isolation in forests. Some of the tribes only engage exclusively in these activities.

Shifting cultivation is said to be as old as the history of agriculture itself.

In this kind of farming, an area of forestland is cleared using the slash-and-burn method so that crops can be produced there.

After two to three years, the soil’s fertility declines, and the farmer moves to another plot of land. It is termed shifting agriculture. Different regions of the country have different names for them. It is referred to as Jhum or jum.

The main tribes practising shifting cultivation and lumbering are-

Sedentary farming is a style of agriculture where the farmer grows food primarily for his personal needs, with a little left over to sell on the market.

This is hardly an advanced form of cultivation, and indigenous people typically practise it together with animal husbandry.

The primary tribes that have adopted these occupations include-