Dear aspirants, please find the UPSC Civil Services Exam (Mains) 2016 General Studies 3 (GS 3) Question Paper below. You can download the same as a PDF using the print-pdf button on the left/bottom. 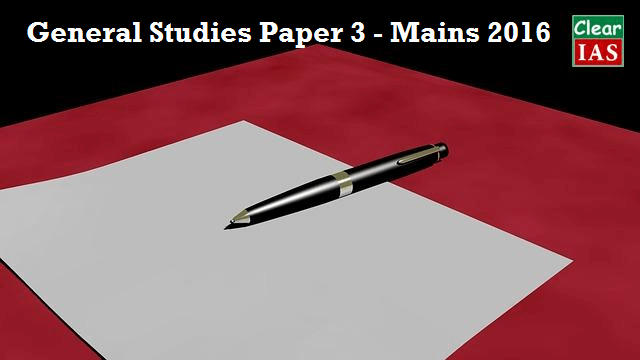 Alex is the founder of ClearIAS.com website and the author of the best-seller book Important Judgments that transformed India. As one of the pioneers in online civil services exam coaching, his notes, strategies, guidance, and mock exams have been helping thousands of candidates clear various stages of UPSC Civil Services exam, every year.