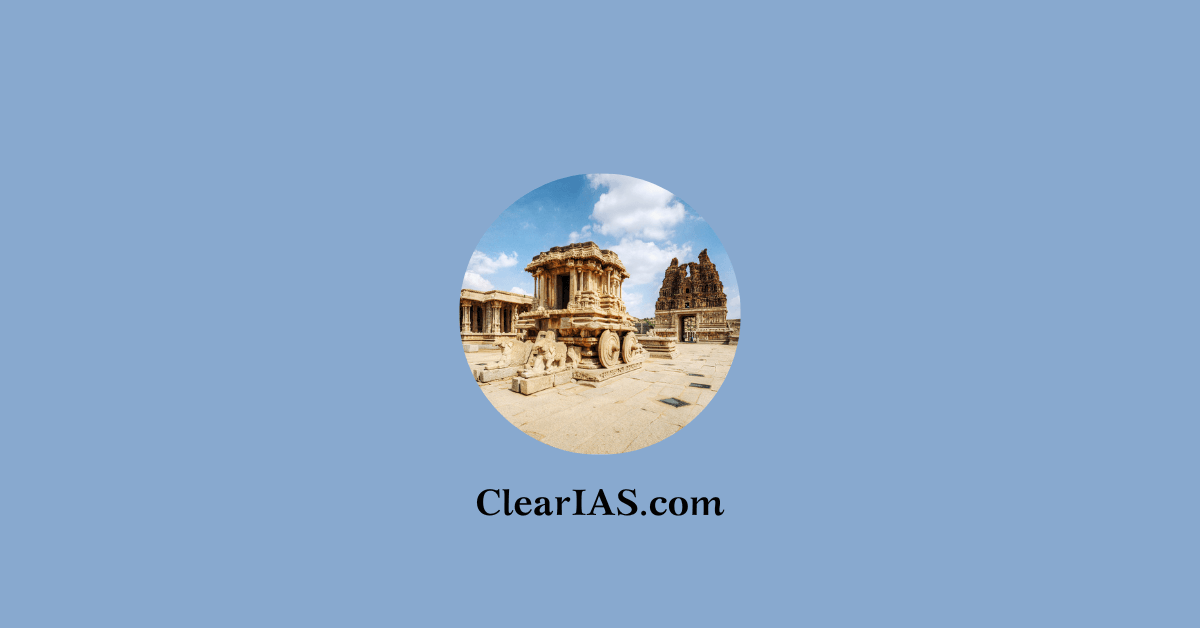 The Vijayanagara emperors presided as Lord Virupaksha’s representatives. They used the immense riches and resources they had amassed, to maintain the old temples as a whole. They also built many new temples, giving the architects, room to try out different designs and ideas.

The fervour to build new temples and add on to the old temples’ existing buildings influenced and inspired the best sculptors, artists, and architects of the Empire, who channelled their creative energy into building monuments of unsurpassed magnificence. Buildings began to take on a distinctive character that was later known as the Vijayanagara Temple architectural style.

Art  of the Vijayanagara Empire

A water pavilion, used for bathing, is a sizable square structure with a simple exterior and a multi-lobed arch doorway, but an elaborate, open-air interior with pointed arches, plaster-decorated domes and vaults, and corridors with projecting balconies that surround an interior pool. Today, this structure is known as the “queen’s bath.” It was possibly used by royal members as a personal bathing chamber or a cool relaxation area.

The two-story pavilion known today as the “Lotus Mahal,” which combines aspects of Islamicate architecture with those of temple architecture (the base, roof, and some stucco ornamentation), likely served as an event space or a meeting area for the emperor and his advisors. It features multi-lobed, recessed arches for its entrances, plastered ornamentation for the vaults and domes, and a stepped, pyramidal roof with finials reminiscent of temples.

While the base, the multi-layered roof design, and the stucco ornamentation display an Indic temple style, the cusped arches, variously designed vaults, and the decoration in geometric and foliated motifs on the walls and ceilings indicate an Islamic character. Additional evidence of a thriving exchange between Turko-Persian and Indic cultures and a great desire to participate in the larger cosmopolitan culture beyond Vijayanagara’s imperial borders.

The elephant stables, which housed the royally utilised ceremonial elephants, are the most impressive of all courtly buildings in the city. The Vijayanagara army would need many more elephants than could fit in the stables (or twenty-two, if two were housed inside). The open area in front might have been used as a parade ground.

A large platform dominates the royal centre. This multi-story stone theatre is surrounded by horizontal bands of low-relief friezes that portray many aspects of courtly life (such as the march of war animals, hunting scenes, soldiers engaged in combat, ladies performing traditional dances with sticks, and musicians).

Near the Mahanavami Dibba, a sizable water tank (pushpakarni) with a square shape is surrounded by a series of steps that descend to a lower level in a semi-pyramidal arrangement of black schist stone. Its design made it simple for individuals to enter and exit the water.

The reservoir was apparently utilised by royal members for ritual bathing and purification before prayers or for the immersion of metal deity incarnations during religious events. It was fed by the neighbouring Tungabhadra River by an aqueduct system.

Large monolithic engravings are also present at the location, which made use of the enormous stones that dot the landscape around the city. For instance, Krishnadevaya, regarded as the greatest emperor of the Vijayanagara empire, contributed a magnificent sculpture of Narasimha, the man-lion incarnation of Vishnu, depicting him reclining in a yoga position beneath a seven-hooded serpent (though is sometimes shown with five or ten-heads).

The serpent known as Adisesha, upon which Vishnu is said to sleep, served as a seat for Narasimha in one of his incarnations.

Vijayanagara was the first southern Indian kingdom to encompass the three primary linguistic and cultural regions of this area—Kannada, Telugu, and Tamil—and the greatest and most powerful empire in pre-colonial south Indian history.

The impressively destroyed capital today testifies to the grandeur of an empire that was ruled from that city, as well as to the extent to which Islamic-inspired forms and practises altered Indic courtly life during the Vijayanagara period and its importance as a major population centre and nexus of trade routes.

In 1986, UNESCO declared the remains at Hampi in Karnataka a World Heritage Site in recognition of the importance of Vijayanagara.