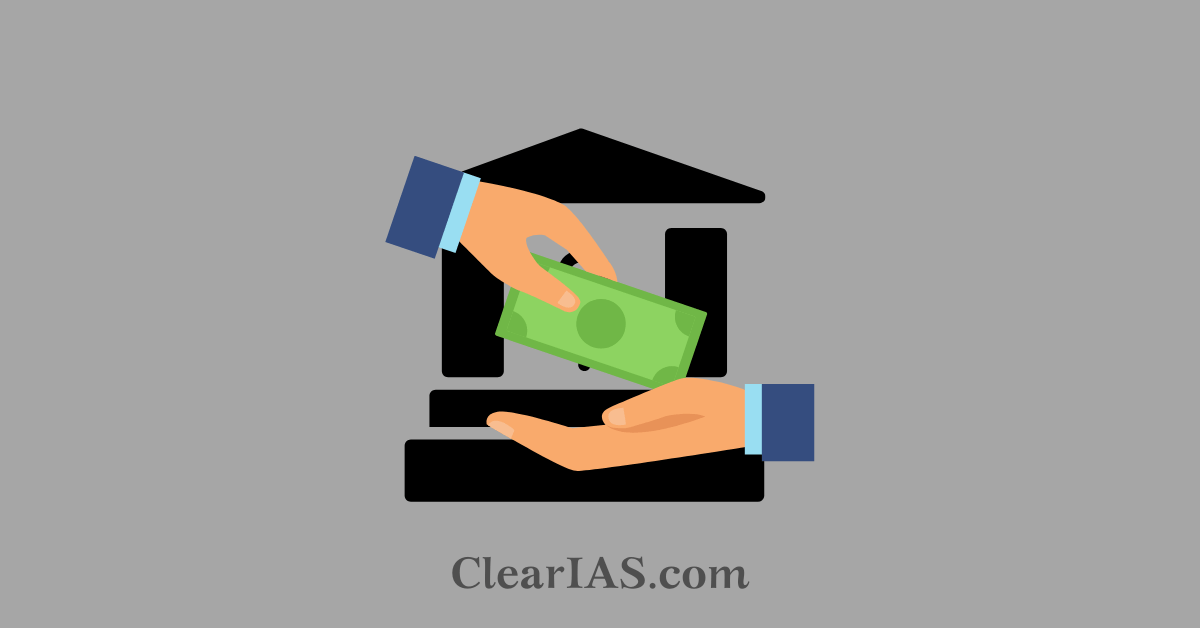 Ways and means advances are a loan facility provided by RBI which is often in news. Read here to know more about this economic concept.

Given the improvement in the pandemic situation, the Reserve Bank of India (RBI) decided to reduce the Ways and Means Advances (WMA) for States and Union Territories (UTs) to ₹47,010 crores from ₹51,560 crores.

Considering the uncertainties related to COVID-19, the RBI had raised the WMA limit to ₹51,560 crores for all States. The higher WMA was applicable till March 31, 2022.

How the central government meets the temporary cash needs?

The fund deficit or cash-flow mismatches of the Government are largely managed through:

What are Ways and means advances (WMA)?

Ways and means advances are special features of the Indian economy. WMA are temporary advances given by the RBI to the centre and state governments to tide over any mismatch in receipts and payments.

States and centre pay interest linked to the repo rate on WMA withdrawals.

The government can avail of immediate cash from the RBI is required. But it has to return the amount within 90 days. Interest is charged at the existing repo rate.

If the WMA exceeds 90 days, it would be treated as an overdraft (the interest rate on overdrafts is 2 percentage points more than the repo rate).

WMA is not part of the Fiscal Responsibility and Budget Management Act (FRBM) because they get paid within the year itself.

Types of Ways and Means Advances:

There are two types of WMAs- normal and special.

Normal WMAs are clean advances special WMA are secured advances provided against the pledge of the Government of India dated securities.

Special WMA is also called Special drawing rights (SDF) and is provided against the collateral of government securities held by the state.

The limits for Ways and Means Advances are decided by the government and RBI mutually and revised periodically.

There is a state-wise limit for the funds that can be availed via WMA which depends on factors like total expenditure, revenue deficit, and fiscal position of the state.

In addition to WMA, the Overdraft facility is also provided whenever financial accommodation to a state exceeds its SDF and WMA limits.

There are times of economic stress on governments, especially in situations like the Covid-19 pandemic. Ways and means advances are a scheme that relieves the financial stress on the government in the worst times.

The increased override limit of WMA enables states to borrow money from RBI on a short-term basis if the states are facing a budget deficit.

WMA funding is cheaper than borrowings from markets or other schemes because it has a longer maturity date, and its interest rate is also lower.

WMA can be an alternative to raising longer-tenure funds from the markets, issuing State government securities (State development loans), or borrowing from financial institutions for short-term funding.

Some states voiced concerns that increasing WMA limits would not be sufficient and demanded a moratorium on loans and interest for nine months.

The WMA window is intended only to tide over temporary mismatches in the cash flow of receipts and payments.

Ways and Means advances are meant to pass over temporary mismatches in the cash flow of receipts and payments and are not a source of permanent financial relief. It provides leverage for both the centre and the states to borrow from the RBI and it, therefore, helps to meet the receipts and payments of the government.

Consider the following statements regarding Ways and Means Advances:
1. It is a long-term loan facility for the government with RBI.
2. The facility is exclusive to the Union Government.
3. RBI charges interest equal to the repo rate on loans given under WMA.

d) None of the above