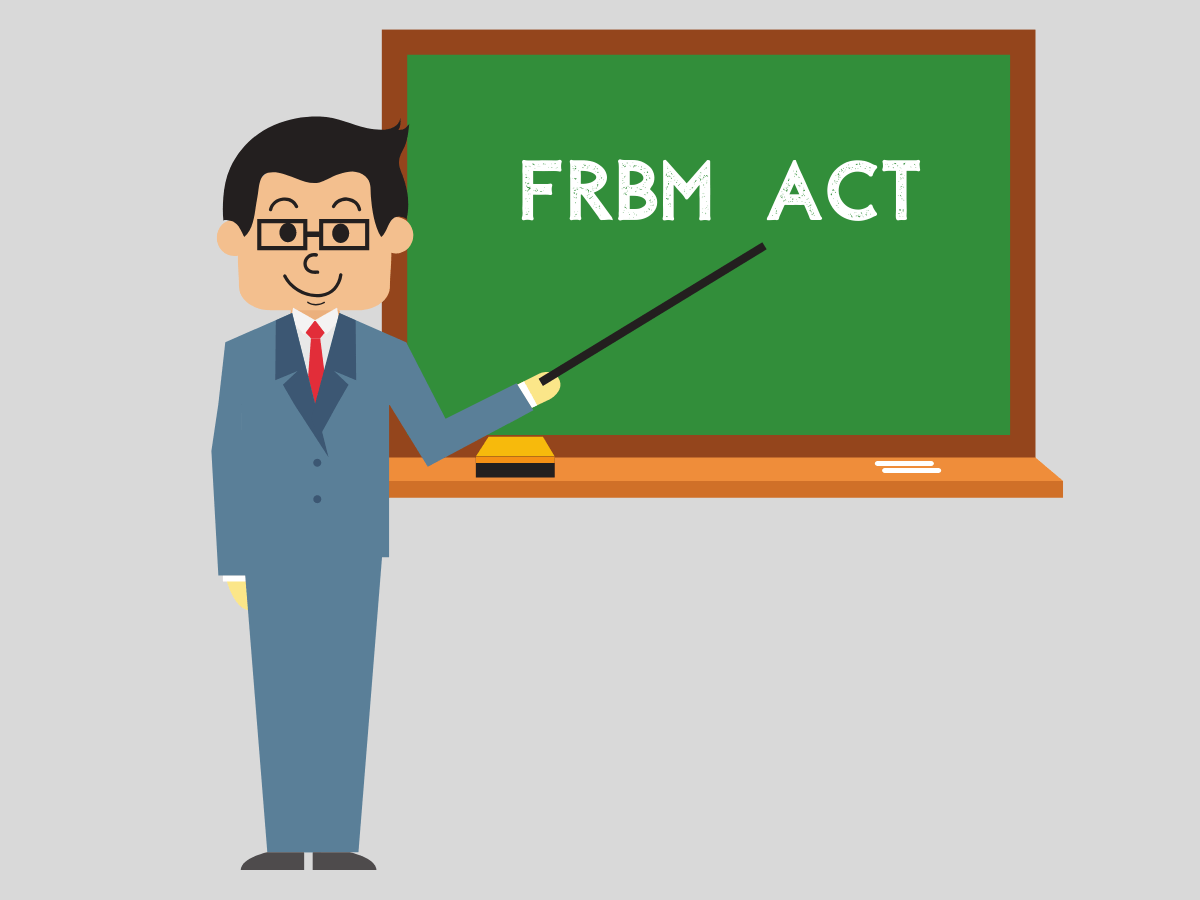 The FRBM Act was passed by the Parliament of India in 2003 to reduce Fiscal Deficit.

Every time when the Union Budget of India is presented, the term FRBM is seen in the news. You may see headlines like ‘FRBM targets are missed’ or ‘FRBM targets are met’. What exactly is FRBM? What is the significance of FRBM with respect to Indian economy?

The FRBM Act is a law enacted by the Government of India in 2003 to ensure fiscal discipline – by setting targets including reduction of fiscal deficits and elimination of revenue deficit.

It is considered as one of the major legal steps taken in the direction of fiscal consolidation in India.

What is the full form of FRBM?

The full form of FRBM is Fiscal Responsibility and Budget Management.

Why was the FRBM Act enacted?

In India, the borrowing levels were very high in the 1990s and 2000s. Indian Economy was weak as it had high Fiscal Deficit, high Revenue Deficit, and high Debt-to-GDP ratio.

By 2003, the continuous government borrowing and the resultant debt had severely impacted the health of the Indian economy. Much of the borrowing was utilized for interest payments of previous borrowings, but not for productive-purposes. This resulted in interest payments becoming the largest expenditure item of the government.

Many economists then warned the government that this condition is not sustainable. They advised legal steps to prevent India to fall into a debt-trap.

Parliamentarians of India too felt that there should be control on the government of India not to resort to a high level of borrowing to fund its expenditure. Hence in 2000, they introduced a bill to bring responsibility and discipline in matters of expenditure and debt. This bill was passed by the Indian Parliament in 2003 and came to be known as the Fiscal Responsibility and Budget Management Act.

The Fiscal Responsibility and Budget Management Bill (FRBM Bill) was introduced in India by the then Finance Minister of India, Mr.Yashwant Sinha in December 2000. The provisions provided in the initial versions of the bill were too drastic. After much discussions, a watered-down version of the bill was passed in 2003 to become the FRBM Act. The FRBM Rules came into force from July 5, 2004.

What is the FRBM Act all about?

FRBM Act is all about maintaining a balance between Government revenue and government expenditure.

Objectives of the FRBM Act

The main objectives of the act were:

Additionally, the act was expected to give the necessary flexibility to Reserve Bank of India (RBI) for managing inflation in India.

Provisions of the Fiscal Responsibility and Budget Management Act

The FRBM rules mandate four fiscal indicators to be projected in the medium-term fiscal policy statement. These are:

Did the government meet the FRBM targets by March 2009?

No. Implementing the act, the government had managed to cut the fiscal deficit to 2.7% of GDP and revenue deficit to 1.1% of GDP in 2007–08. However, the targets were not met.

The global financial crisis (2007-08) led the government to infuse resources in the economy as the fiscal stimulus in 2008. Therefore, fiscal targets had to be postponed temporarily in view of the global crisis.

Amendments in the FRBM Act

In 2012 and 2015, notable amendments were made, resulting in relaxation of target realisation year.

The requirement of ‘Medium Term Expenditure Framework Statement’ was also added via amendment in FRBMA.

The government believed the targets were too rigid.

The Committee suggested using debt as the primary target for fiscal policy. This ratio was 70% in 2017.

These are the targets set by NK Singh:

The Act provides room for deviation from the annual fiscal deficit target under certain conditions.

Escape Clause in the FRBM Act

Escape clause refers to the situation under which the central government can flexibly follow fiscal deficit target during special circumstances. This terminology was innovated by the NK Singh Committee on FRBM.

In Budget 2017, Finance Minister Arun Jaitley deferred the fiscal deficit target of 3% of the GDP and chose a target of 3.2%, citing the NK Singh committee report.

However, the Comptroller and Auditor General of India (CAG) pulled up the government for deferring the targets which it said should have been done through amending the Act.

In 2018, the FRBM Act was further amended. Specific details were updated in sub-section (2) of Section 4. The clause allows the govt to relax the fiscal deficit target for up to 50 basis points or 0.5 per cent. Under FRBM, if the escape clause is triggered to allow for a breach of fiscal deficit target, the RBI is then allowed to participate directly in the primary auction of government bonds, thus formalising deficit financing.

The Escape Clauses can be invoked:

In 2020, Finance Minister, Nirmala Sitharaman used the escape clause provided under the FRBM Act to allow the relaxation of the target. Finance Minister revised the fiscal deficit for FY20 to 3.8 per cent and pegged the target for FY21 to 3.5 per cent.

Note: The Act exempts the government from following the FRBM guidelines in case of war or calamity.

What is the current status of Fiscal Deficit and Revenue Deficit?

What if there is no Fiscal Discipline?

If there is no fiscal discipline, the government (executive) may spend as it wishes.

A country is just like a house; if the expenditure is too much and if there is no revenue to balance the high expenditure, the country will eventually fall into a debt trap, which may finally result in its collapse.

As seen in the above analysis, different governments have failed to achieve the FRBM targets set to be achieved in 2008 even by 2020.

Though the Act aims to achieve deficit reductions prima facie, an important objective is to achieve inter-generational equity in fiscal management. This is because when there are high borrowings today, it should be repaid by the future generation. But the benefit from high expenditure and debt today goes to the present generation.