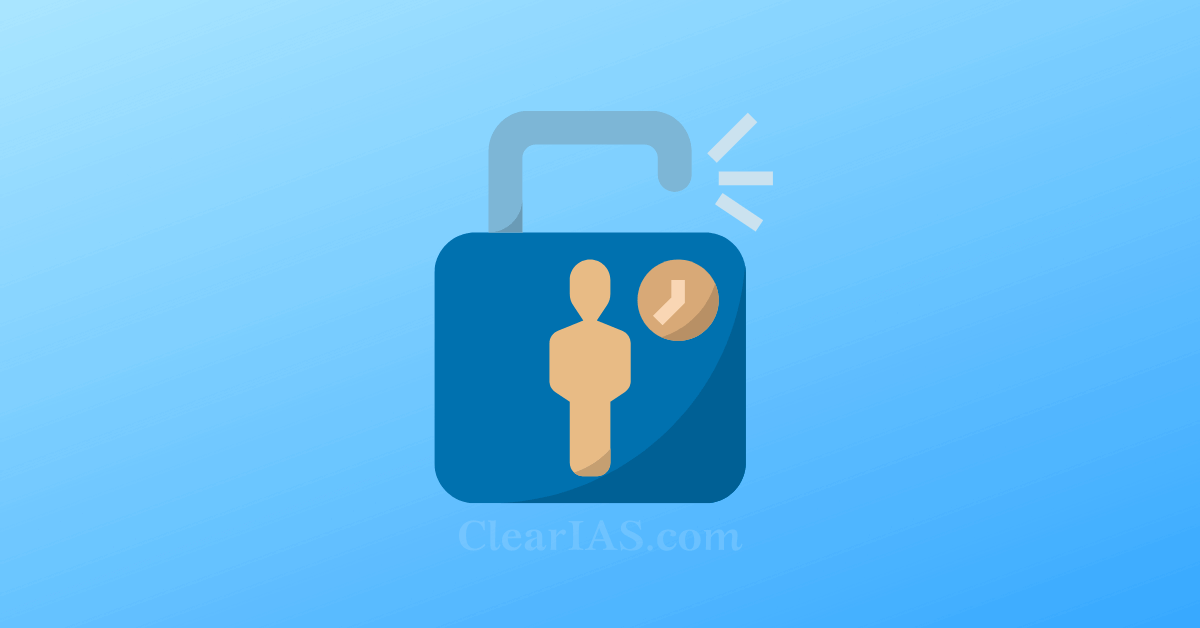 How independent is the Reserve Bank of India (RBI)? Is the independence of the RBI waning recently?

In India, even though the RBI Act 1934 allows government control, the convention is that the RBI is allowed autonomy to do what it wants. However, recently there are many media reports about increasing control over the Central Bank of India by the Central Government.

The RBI’s announcement of a surplus transfer of 991.22 billion rupees for the 9 months from July 2020 to March 2021 also pointed finger’s at RBI’s independence.

Need of independence of institutions/regulatory bodies

According to Montesquieu, Separation of power ensures efficient functioning of key organs of government as no individual organization can garner political monopoly and abuse power.

In the book Why Nations Fail, Acemoğlu and Robinson argue that inclusive economic and political institutions guarantee rule of law and infuse creativity through the plurality of decision making. On the other hand, extractive institutions will lead to the concentration of resources in ruling elites, stifling change and innovation.

The RBI is not constitutionally independent, as the 1934 Act governing its operation gives the government power to direct it. The government appoints the central bank governor and four deputies.

The RBI Act 1934 says that the Central Government may from time to time give such directions to the Bank as it may, after consultation with the Governor of the Bank, consider necessary in the public interest.

Technically, the government is permitted by the Act to supersede the central bank if it believes the RBI has failed to carry out its obligations.

However, in reality, the convention is that the RBI is allowed autonomy to do what it wants.

Need of independence of RBI

Diverse Roles Handled by the Reserve Bank of India (RBI)

RBI’s role is not limited to control inflation. It has crucial roles to play in debt management as well as in the control of exchange rates.

Post-independence, RBI supported the socialistic economic policies of the government by fixing interest rates on all credits and prescribing sectoral credit allocation.

Post the deregulation of interest rates in the 1990s, RBI adopted a multiple indicator approach for setting interest rates, where monetary policies had many objectives like inflation control, growth, financial stability, etc. However, this policy gave too much discretion in the hand of the RBI governor to decide rates. This allowed government pressure to creep in.

Urjith Patel committee 2014 and the subsequent constitution of the Monetary Policy Committee (MPC) made the monetary policy more transparent.

The committee consists of 3 RBI members and 3 government nominees.

It has an explicit mandate of maintaining inflation at 4% +-2% while paying attention to growth and operational independence to achieve it for RBI.

This reform made monetary policy decision-making transparent, independent, and rule-based.

This was capped by 1994-97 through Ways and Means Advances (WMA). In this, RBI and government together fix the amount that RBI will give as collateral-free advance.

FRBM act 2003 explicitly prohibited RBI from participating in the primary market of G-secs.

Earlier Open Market Operations (OMOs) were conducted to manage G-sec yields. Bond yield is inversely proportional to Bond price. Lower bond yield is favourable for borrowers- in this case, the government. So, RBI will buy G-secs from the market in OMO. This will decrease the supply of bonds and thus increasing their price, which in effect reduces the yields of the bonds.

Now OMO is conducted to provide liquidity in the market – that is as a monetary tool to manage monetary policy.

However, the current Government Security Acquisition Program (G-SAP) is seen as an OMO operation to reduce the borrowing cost of the government than a liquidity measure.

Before the 1990s, CRR and SLR were very high (SLR 38.5% in 1990). This provided a ready channel for financing the government deficit, as under SLR, banks needed to park part of their money in liquid bonds eg: G-secs.

RBI has the function of managing an impossible trinity – in which it has to maintain price stability, stable G-sec yields, and a stable forex rate.

To reduce inflation, RBI raises interest rates. However, it will lead to rising in the bond yield, thus increases the burden on government borrowing. It will also lead to rupee depreciation. If RBI buys G-secs and reduces yields, it will pump in liquidity, thus causing inflation and rupee depreciation.

However, the recent G-SAP program to reduce the G-sec yield has increased the money supply and thereby depreciating the rupee.

Methods of undermining the independence

Result of undermining the independence 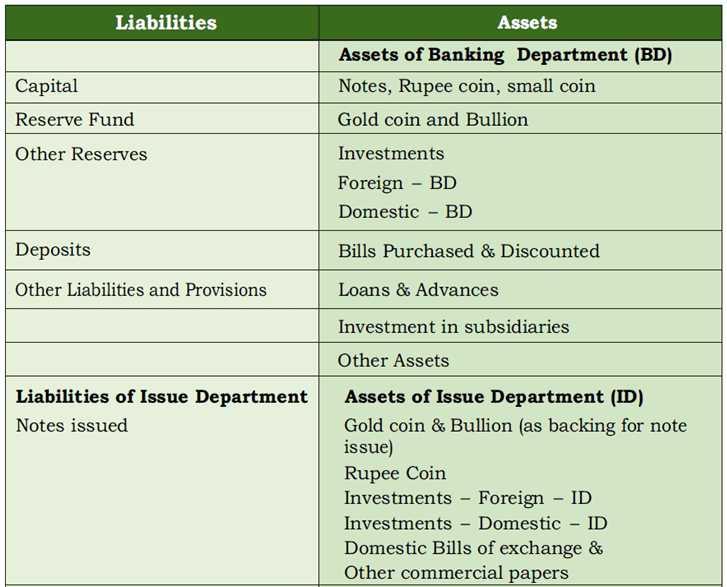 The committee was set up by RBI to determine the Economic Capital Framework (ECF) in 2018-19. To appreciate the issue of surplus transfer, we must have a basic idea of RBI’s balance sheet.

The balance sheet of RBI

RBI balance sheet consists of Assets and Liabilities. The retained earnings of RBI’s operation in a year are represented under the head of other liabilities and provisions. These mainly include:

Thus, after meeting all the expenses and keeping 5.5-6.5% of total assets as contingency buffer, RBI should transfer the surplus to the government.

RBI is one of the most powerful Central Banks of the world, both in terms of its statutory powers and the functions it performs. However, there are many criticisms concerning its operational independence. Democracy is not only in elections but also in governing through strong independent institutions.

RBI is the only regulator without an appellate body. The accountability of RBI is many a time questioned in the wake of repetitive failures in its role, like that of its regulatory-supervisory lapses. The government is answerable to parliament and the larger public on the ensuing problems like frauds in banks like PMC, PNB. Hence, the stakes of government are also high.

The need is to have a cooperative understanding between RBI and the government. RBI should acknowledge the political compulsions of the government, and the government should consider RBI as a true friend, as Viral Acharya opines, who can give bitter but apt policy suggestions. Furthermore, in a vibrant democracy, it is always advisable to have healthy debates on policies and their implementation.

For a healthy economy, the Fiscal Policy by the Government and Monetary policy by the Central Bank should be in tandem.

However, is not uncommon to have differences in opinion between the Central Government and the Central Bank. This can happen not only in India but in other countries as well. For example, in the US, Trump’s presidency had skirmishes with the Fed concerning monetary policy and rate hikes.

Issues usually happen when the Government, whose role is to manage the fiscal policy, dictates what is to be there in the monetary policy, which is under the domain of RBI.

In India, even though RBI is bound to accept the Government order as per the law, the convention is to provide the institution sufficient independence.

Too much political pressure on the RBI office is not good for the nation.

Certain countries like the UK has by law granted autonomy to their Central Bank. India should think about whether we need such a law.