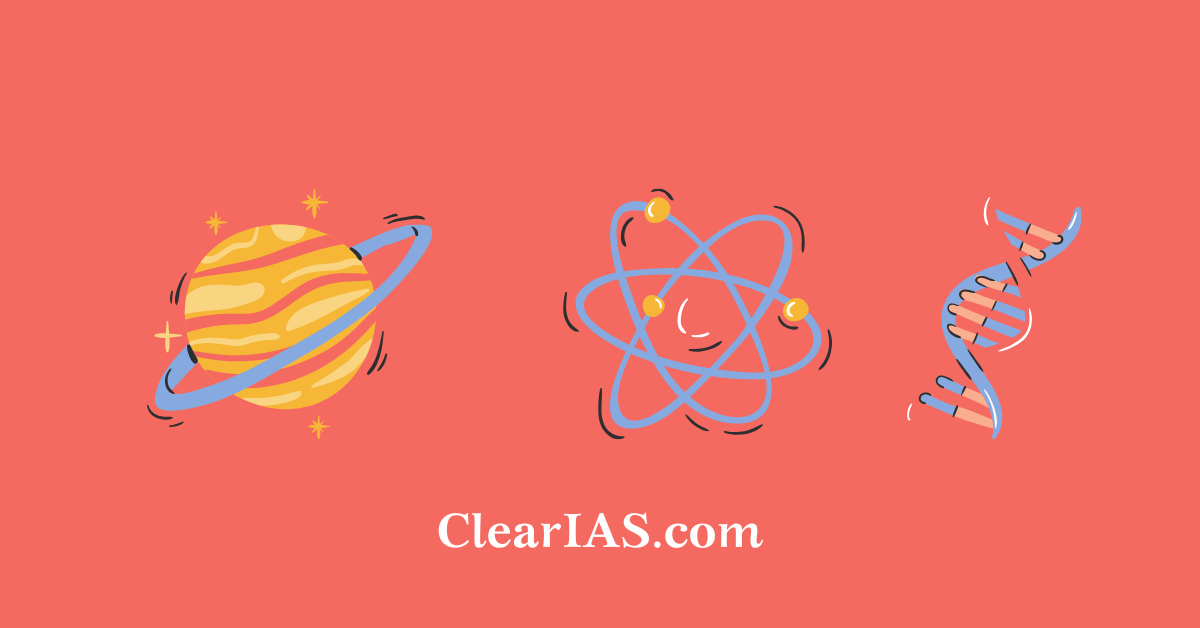 Have you ever thought about India’s scientific advances made over the last several decades? ClearIAS tracks the remarkable progress of India, made in a wide range of disciplines, from space research and missile technology to computing and oceanography, to mark the milestones of the country’s scientific journey. Read more to learn more.

What are the achievements of Indians in Science & Technology?

How easy was the indigenization of technology?

What are the new technologies developed by India?

The experiment in science and technology that independent India has embarked on began with our leaders’ goal of bringing about social change through public investment in this field.

The year was 1954, and Homi J. Bhabha establishes the Atomic Energy Establishment. After his death, it was renamed the Bhabha Atomic Research Centre. A presidential order later established the Department of Atomic Energy.

It was the first science policy that placed a strong emphasis on fundamental research in almost every field of science.

The policy also emphasized the development and availability of basic infrastructure for the advancement of scientific research.

The first rocket launch facility in India was established by Vikram Sarabhai in 1963 at Thumba, not far from Thiruvananthapuram.

The TIFR mathematicians M.S. Narasimhan and C.S. Seshadri created the Narasimhan-Seshadri Theorem in 1965. The most significant mathematical discovery to come out of India since independence maybe this one.

The harvest of the Green revolution

Under Lal Bahadur Shastri’s government, the Green Revolution was started by M.S. Swaminathan with the significant support of C. Subramaniam, the minister of agriculture.

The Green Revolution transformed India from a food-insecure nation to one of the world’s top agricultural powers between 1967–1968 and 1977–1978.

India successfully conducted its first nuclear weapon test in Pokhran, Rajasthan, on May 18, 1974.

After the test, known as “Smiling Buddha,” India became the sixth nuclear state in the world to successfully test a nuclear bomb outside of the five permanent members of the United Nations, which are the US, Soviet Union, Britain, France, and China.

On April 19, 1975, a massive polyhedron-shaped object was sent into space by rocket thrusters at a desolate-looking launch site in the Russian province of Astrakhan.

It was “Aryabhata,” India’s first unmanned satellite, and a significant occasion in the history of the country.

On October 3, 1978, Dr. Subhash Mukherjee became the first physician in India and the second in the world to create a test tube baby. The baby, who was given the name Durga, is today known as Kanupriya Agarwal.

A.P.J. Abdul Kalam served as the program director for the Integrated Guided Missile Program by DRDO, which was launched on July 26, 1983. This program produced Prithvi, Trishul, Akash, Nag, and Agni as a result.

To study oceanography, geology, glaciology, geomagnetism, and environmental sciences, India built its scientific base station (Dakshin Gangotri) in Antarctica, about 2,500 kilometers from the South Pole.
This was shut down in 1988, and 90 kilometers from the original station, Maitri, which was also India’s first permanent station, was built in its place.

Under Sam Pitroda, the Telecom Research Center of the Department of Telecom, as well as scientists and engineers from TIFR, established the Centre for Development of Telematics in 1984.

A breakthrough in forensics

Technology for DNA fingerprinting was created in 1988 by the Centre for Cellular and Molecular Biology. India was the third nation to create the technology.

India had been subject to a technological embargo when the PARAM supercomputer was first developed. India established the Centre for Development of Advanced Computing, or C-DAC, in 1988 to promote the development of self-sufficiency.

The network itself, is a joint venture between Australia’s Telstra and India’s B.K. Modi Group, was basic by modern standards but totally unclogged.

Five nuclear bombs were successfully underground tested by India on May 11, 1998; these tests, known as “Pokhran-II,” were conducted in Pokhran, Rajasthan.

This day was designated as “National Technology Day” by our then-prime minister, Shri Atal Bihari Vajpayee, in order to support a growing democracy’s technological advancement. Each year, it is celebrated.

The Tejas light combat aircraft, which was created domestically, made its first flight on January 4. Tejas has now been incorporated into the Air Force and the Navy. Tejas was designed by DRDO’s Aeronautical Development Agency and produced by Hindustan Aeronautics Ltd.

A giant leap for India

The mission’s greatest accomplishment, besides becoming India the fourth country to plant a flag on the moon, was the identification of abundant water molecules in the lunar soil.

When the ocean got new friends

Under the Advanced Technology Vessel project, a DAE and DRDO partnership that started in the 1990s, nuclear-powered ballistic missile submarines of the Arihant class were created.

The ballistic missile submarine Arihant is the first to have been constructed by a nation other than one of the five permanent members of the UN Security Council.

A voyage to Mars

On November 5, 2013, ISRO launched a spacecraft to Mars called the Mars Orbiter Mission, or Mangalyaan. On its maiden attempt, ISRO becomes the fourth space agency to send a spacecraft into Martian orbit and the first one to do so on its maiden voyage.

Annihilating a menace in India

India was home to almost 60% of all polio cases in the world in 1994. Within 20 years, polio was eradicated thanks to the government’s concerted effort to immunize every child. The World Health Organization (WHO) certified India as “Polio-free” on March 27, 2014.

Strong policy, devoted healthcare professionals, and front-line and community workers all contributed to the success of this immunization campaign.

The education of those in underdeveloped and rural sections of the nation who were reluctant to get immunized by raising awareness of its advantages and benefits was a significant component of this program.

The search for a cryogenic engine

In 2016, ISRO produces India’s first domestic cryogenic engine for its launch vehicle program after 20 years of research and development. This was started after the Russians refused to give ISRO, the technology.

The mathematical method created at the Inter-University Centre for Astronomy and Astrophysics in Pune enabled the discovery of gravitational waves in September 2015 and June 2016 by the US-based Laser Interferometer Gravitational-Wave Observatory.

It turns out to be the most significant and sensitive technique for separating the extremely weak gravitational wave signal from the enormous quantity of additional astronomical noise that it is accompanied by.

How do we create useful information for a new future? By having a scientific disposition, or a scientific outlook on nature and society. It’s a good time to reflect on the past and look ahead to the future, 75 years after Independence.

What is obvious is that this crossroads is different from the one our country initially experienced when it was on its way.