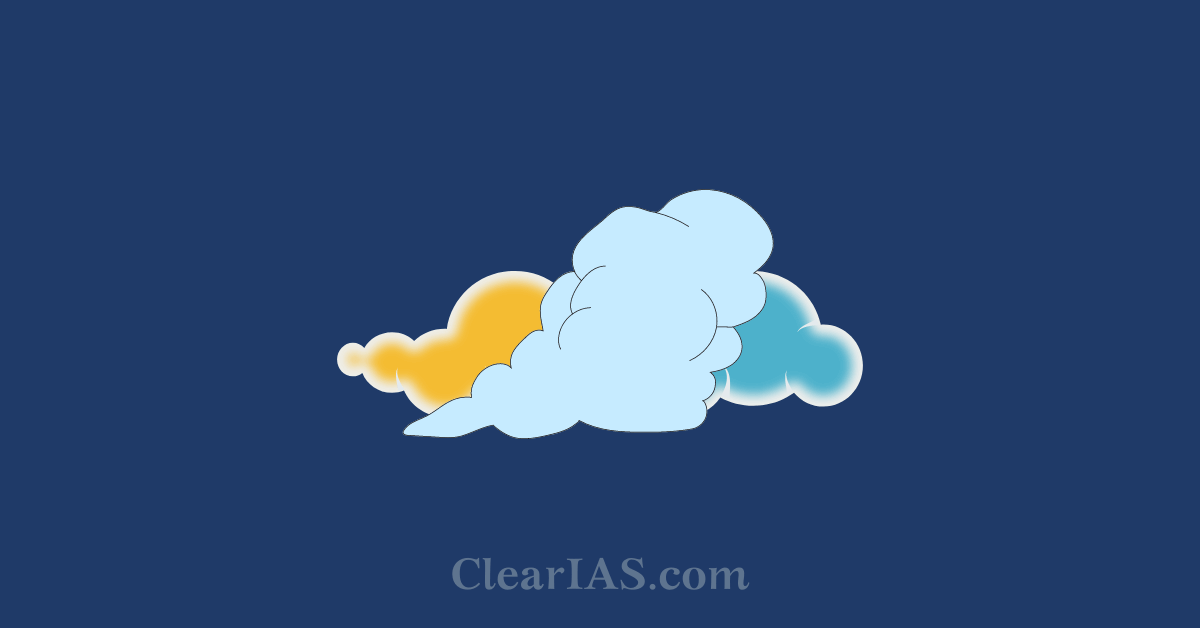 What is an air mass? What is its significance? How does it affect the global climate? Know more here.

What is an air mass?

It is defined as a large body of air having little horizontal variation in temperature and moisture.

The air masses have a relatively uniform distribution of vertical gradients in their physical properties like temperature, pressure, and humidity.

How does an air mass originate?

Air masses are formed in very particular surface and atmospheric conditions which are found only in a few areas of the world. These preconditions are:

Such atmospheric conditions are found in very restricted areas on the globe where the air is sinking slowly and gradually over the uniform surface, such areas are:

Once they are formed they start moving away from the source regions due to gravity.

Usually, they follow the path provided by the permanent winds system prevailing in that area which are polar winds, westerly winds, and trade winds.

Classification of air masses is done based on a variety of parameters. In total there are 16 kinds and each has been denoted by a symbol for identification. However, for understanding fronts and cyclones further, only two types of classification are required.

Therefore the classification is done based on their latitudinal position. On this basis both the above-mentioned they have been further classified into two kinds of each:

They are also denoted by symbols as follows: 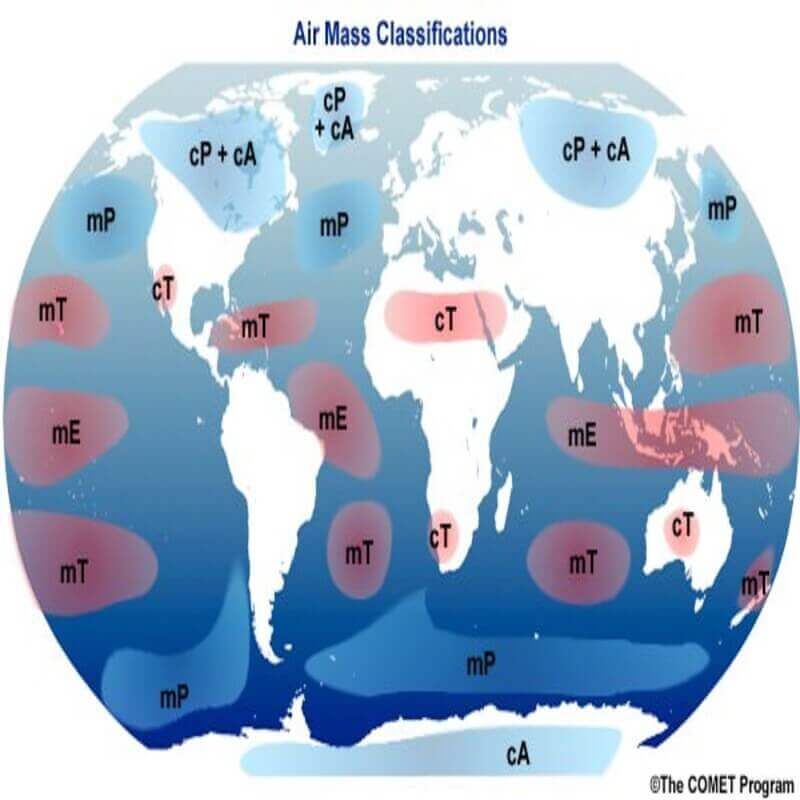