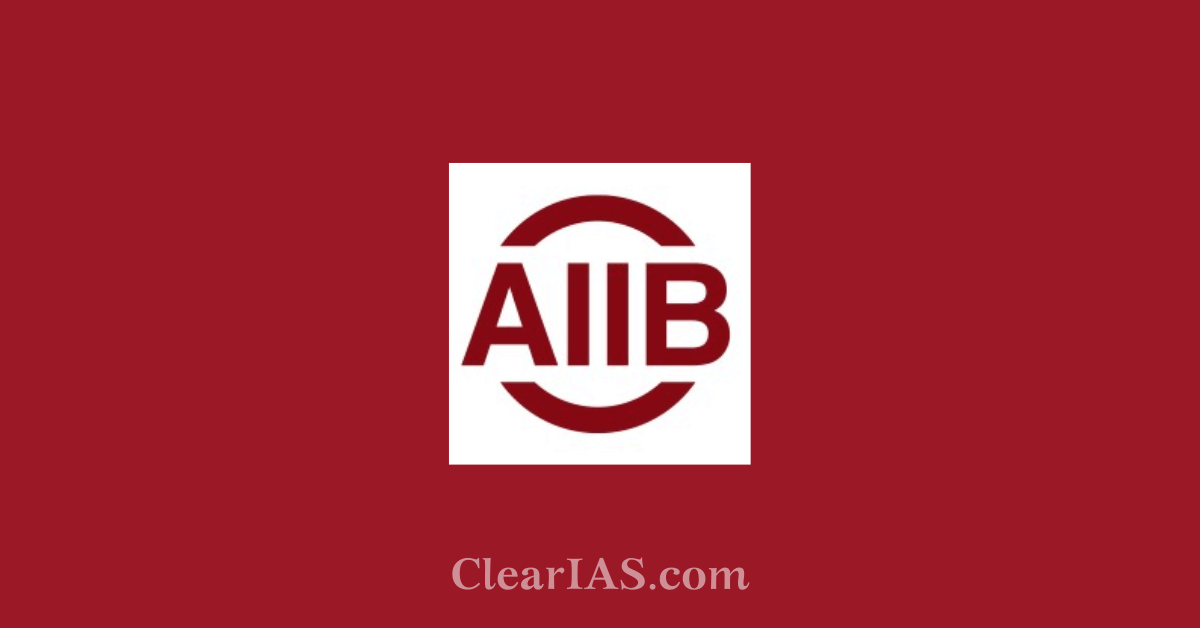 What is the Asian Infrastructure Investment Bank (AIIB)? What is the significance of AIIB for India? Read to know more.

Former Reserve Bank of India (RBI) governor Urjit Patel has been appointed as the vice-president of the AIIB.

It is a multilateral development bank headquartered in Beijing. It is mission is to improve social and economic outcomes in Asia and aims to connect services, markets, and people by investing in sustainable infrastructure and other sectors.

It was established by a multilateral treaty in 2015 and began operations in 2016.

It was founded by 57 members but now the membership has grown to 103 approved members.

The membership is open to all members of the Asian Development Bank (ADB) or the World Bank.

AIIB membership is divided into regional and non-regional members. Regional members are from the Asia and Oceania regions as classified by United Nations.

The AIIB allows non-sovereign entities as members if their home countries have a membership.

The accomplishments of AIIB:

India has a 7.6% shareholding in the bank, which is second to China that has 26.6% shares.

India is one of the largest beneficiaries of infrastructure projects financed by AIIB. The bank has funded about 28 projects in India worth USD 6.7 billion.

These projects range from energy, water, transport, and others. The Bangalore and Chennai metro rail has received support from the bank.

The bank had also approved 500 million dollars for the Covid-19 Emergency Response Fund and the Health Systems Preparedness Project.

In February 2019 the AIIB and the Government of India signed a USD 455 million loan to finance the Andhra Pradesh Rural Roads Project, which will connect about 3,300 habitations with a population of more than 250, and benefit around two million people.

Countries like USA and Japan are not members of the Asian infrastructure investment bank despite being the leading economies of the world.

The USA opposes the bank because of the Chinese monopoly in the shares and considers it an invasion of the multilateral banking system.

Despite objections from the US, European countries like Britain, France, Germany, and US allies like Australia and South Korea have decided to participate in it.