ClearIAS » Environment Notes » Biofuels: All you need to know about 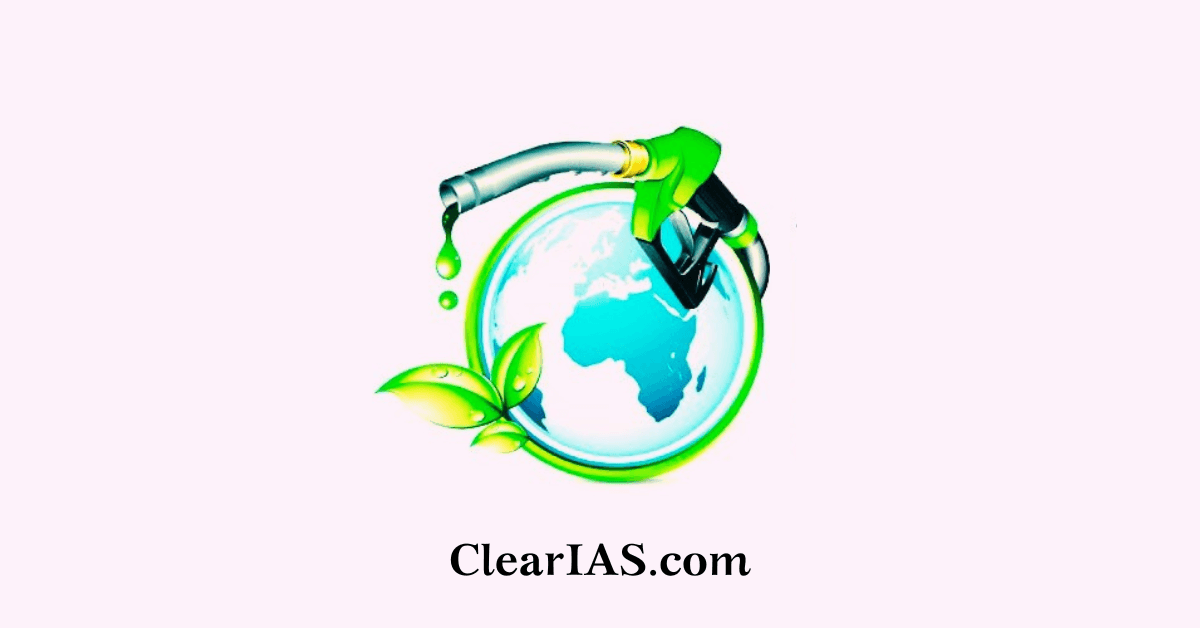 Biofuels have garnered global attention in recent times. What are biofuels? Why they are important? Know more here.

Biofuels are of strategic importance in India and auger well with the initiatives of the Government.

A National Policy on biofuels was made by the Ministry of New and Renewable Energy during the year 2009.

The government has authorized the direct sale of biodiesel (B100) to all consumers to blend it with high-speed diesel within the bounds of the norms established by the Bureau of Indian Standards.

Any hydrocarbon fuel that is produced from an organic matter in a short period is considered a biofuel.

Biofuels are of different types.

b. Liquid: Bioethanol and Biodiesel

These can be used in place of or in addition to diesel, gasoline, or other fossil fuels for permanent, portable, and other purposes, as well as for transportation. They can also be utilized to produce power and heat.

Rising oil prices, greenhouse gas emissions from fossil fuels, and interest in obtaining fuel from crops for the benefit of farmers are some of the key drivers of the switch to biofuels.

Production of sustainable biofuels is required to reduce their impact on the environment and economy.

1. Initiatives by the Department of Biotechnology, Ministry of Science and Technology

Q. According to India’s National Policy on Biofuels, which of the following can be used as raw materials for the production of biofuels? (2020)