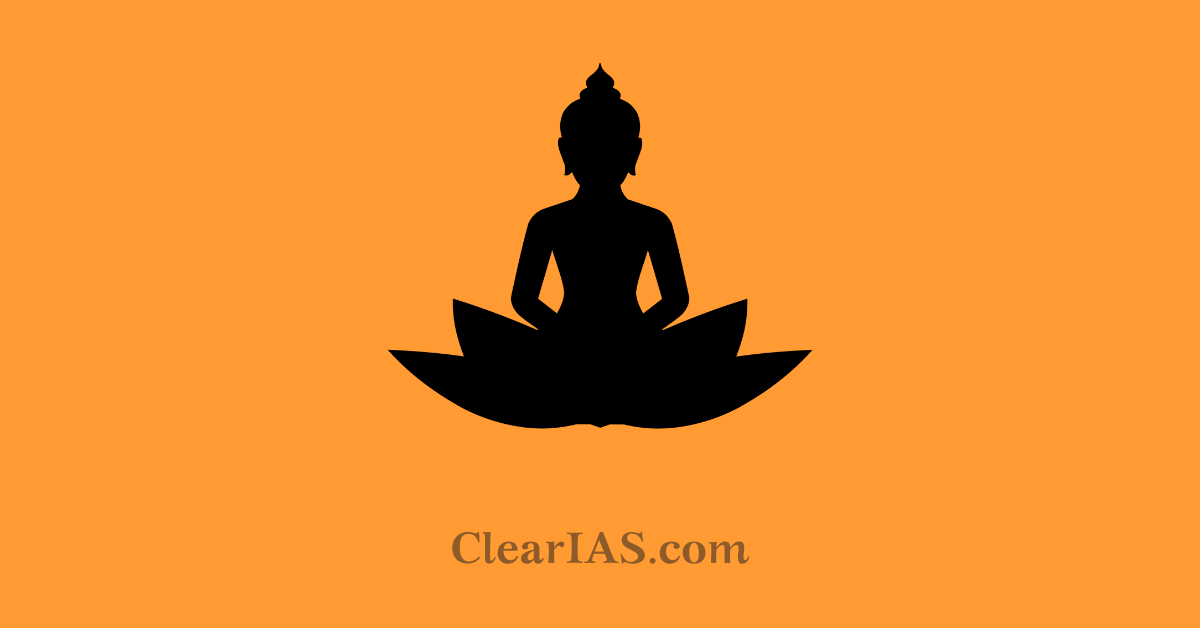 The Buddhist tourism Circuit is a trail of the sacred footsteps of Lord Buddha and important places of his life and teachings. Read to know more.

History of Kushinagar for Buddhist tourism

Kushinagar is mentioned as the capital of Kosala Kingdon in the ancient texts.

Buddhist texts mention the area as the city of Kushavati, which is believed to be named so due to the abundant presence of kush grass in the region.

Kushinagar was the capital of Mallas during the Mahajanapada era (around 500 BCE).

‘Kushinara’ was an integral part of the empires that came later like the Mauryas, Shungas, Kushanas, Guptas, Harsha, and Palas.

During Mauryan times, Ashoka built a stupa over Buddha’s ashes to mark Buddha’s mahapariniravana in Kushinagar.

Kushinagar or kushavati is one of the eight most important sites of Buddhist pilgrimage.

According to the Mahayana text, Mahapariniravana Sutra, Buddha made his journey to Kushinagar and died there. It was also in Kushinagar that the Buddha delivered his last sermon was later cremated at Ramabhar at Mukut Bandhan.

The Gupta rulers (3rd-6th century CE) enlarged the stupa at Kushinagar and also built a temple of the reclining Buddha.

The place finds mention in the accounts of Chinese travellers Fa Hsien and Hieun Tsang.

In medieval times, the city was under the rule of Kultury kings and thrived till the 12th century. The Buddhist monks abandoned the site at around 1200 CE due to attacks of invading Turkish Islamic armies.

The modern Kushinagar came into being with the excavations by Alexander Cunningham in the 19th century. In 1876, C.L Carlleyle excavated the main stupa and the reclining Buddha statue.

The Buddhist circuit is a route that follows in the footsteps of the Buddha from Lumbini in Nepal where he was born, through Bihar in India where he attained enlightenment, to Sarnath and Kushinagar in Uttar Pradesh in India, where he gave his first teachings and his final resting place.

Kushinagar is the centre of the Buddhist circuit, which consists of pilgrimage sites at Lumbini, Sarnath, and Gaya. 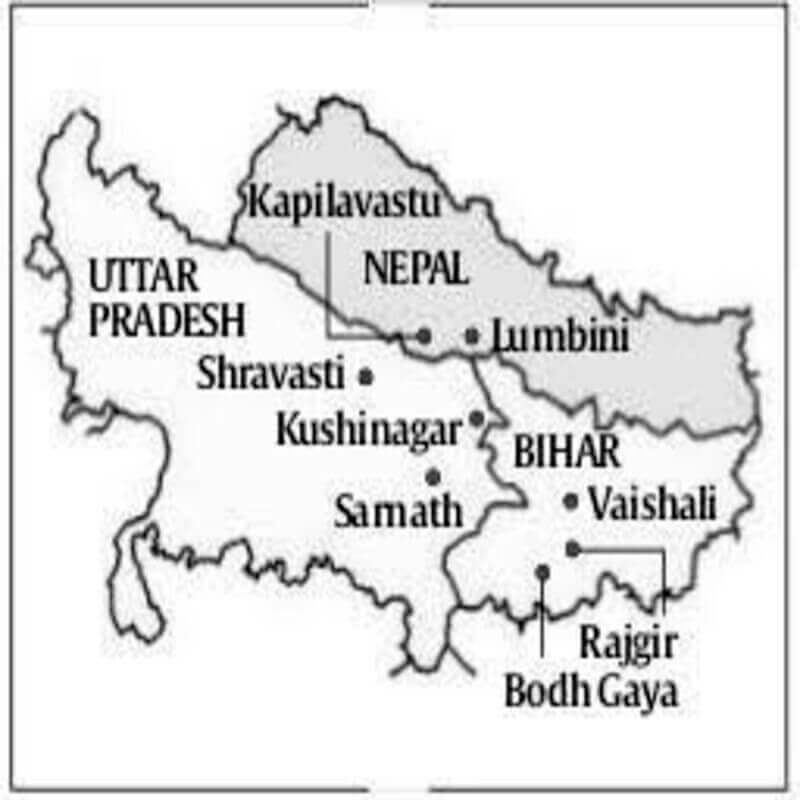 The Buddhist circuit has four international and two domestic airports, while two more are in the pipeline. There are also plans of developing helicopter services and improving international connectivity under the UDAN scheme. Apart from the special Buddhist Circuit train, a total of 88 pairs of trains have been connected from Gaya to New Delhi, Kolkata, Chennai, and Varanasi.

The airport will also serve as a boost for the export of horticulture products like bananas, strawberries, and mushrooms.

Kushinagar is also important for followers of Jainism as it is associated with Lord Mahavir, the 24th Tirthankara of Jains. The district is also an important center for the Vaishnavites, Shaivites, and shakti traditions.

It has also organized a Buddhist Circuit Train FAM Tour as part of the Union government’s Dekho Apna Desh initiative.  The tour covers the destinations Gaya-Bodhgaya, Rajgir-Nalanda in Bihar as well as Sarnath-Varanasi in Uttar Pradesh.

Swadesh Darshan is a central sector scheme launched in 2014 -15 for the integrated development of theme-based tourist circuits in the country.

Under the scheme, the Ministry of Tourism provides Central Financial Assistance (CFA) to State Governments/Union Territory Administrations for infrastructure development of circuits.

One of the objectives of the scheme is to develop theme-based tourist circuits on the principles of high tourist value, competitiveness, and sustainability in an integrated manner.

Under the scheme, fifteen thematic circuits have been identified: